More and more people are buying new electric cars. Now a mid Wales business is at the forefront of innovation in electric vehicles – converting classic cars or new designs.

Electric Classic Cars in Newtown was visited by Ken Skates AM, the Welsh Government’s Minister for Economy, Transport and North Wales, yesterday. He was able to see for himself have some of the most loved models of the past can now be run on electricity.

The company offers conversion of classic cars to 100 per cent electric and has worked on vehicles including the Range Rover Classic, Ferrari 308 and BMW CSi.

Richard Morgan, Founder of Electric Classic Cars, said: “Electric Classic Cars are the world’s largest converter of classic cars to electric and are proud to be based in Mid-Wales, an area steeped in the rally motorsport heritage. We’re passionate about futureproofing classic cars for the 21st century and maintaining our market leading position in this rapidly evolving market.”

Mr Morgan has owned, restored and raced various classics since the age of 17. He has also worked in the energy efficiency industry for the past 20 years, helping some of the world’s largest organisations reduce their carbon emissions.

Mr Skates also visited the Llandrindod-based Riversimple Movement, which has built the Riversimple Rasa, a hydrogen-fuelled car, emitting nothing but pure water and eliminating the need for batteries.

Mr Skates said: "Together they are moving away from fossil fuel-based cars, but in very different ways. Both companies have plans for expansion and are working to meet the future demands of road transport."

“Low carbon transport is essential in tackling the climate emergency, and we are providing more and more support to help the shift to greener methods of travel."

The UK Government recently said it would bring forward a ban on petrol, diesel and hybrid cars to 2035. The Welsh Government has stated its intention to support the shift to low-carbon transport and it its most recent budget contained £29m to transition to low-emission vehicles, as part of wider investment in green transport.

"This year will also see the publication of an electric vehicle charging strategy for Wales which will outline in greater detail the Welsh Government’s role in promoting electric cars. Additionally, a hydrogen strategy for Wales will be an integrated component of Wales's next low-carbon delivery plan for 2021-25," Mr Skates said.

“Our ambition is to develop a world-class hydrogen cluster and manufacturing jobs distributed across Wales, so we are delighted by the government’s commitment to a Welsh hydrogen strategy.” 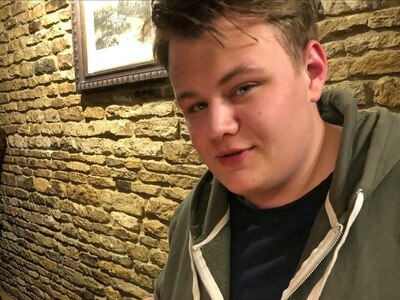