The joint manager of pump and mixer manufacturer Landia UK has praised the dedication of its staff as it held an open day to celebrate its 25th anniversary. 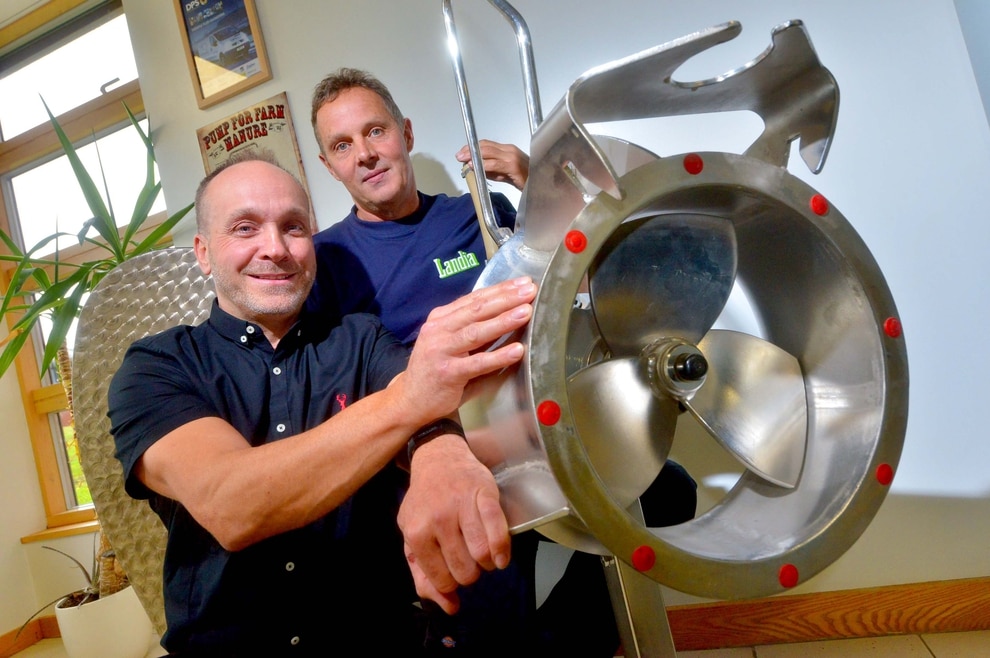 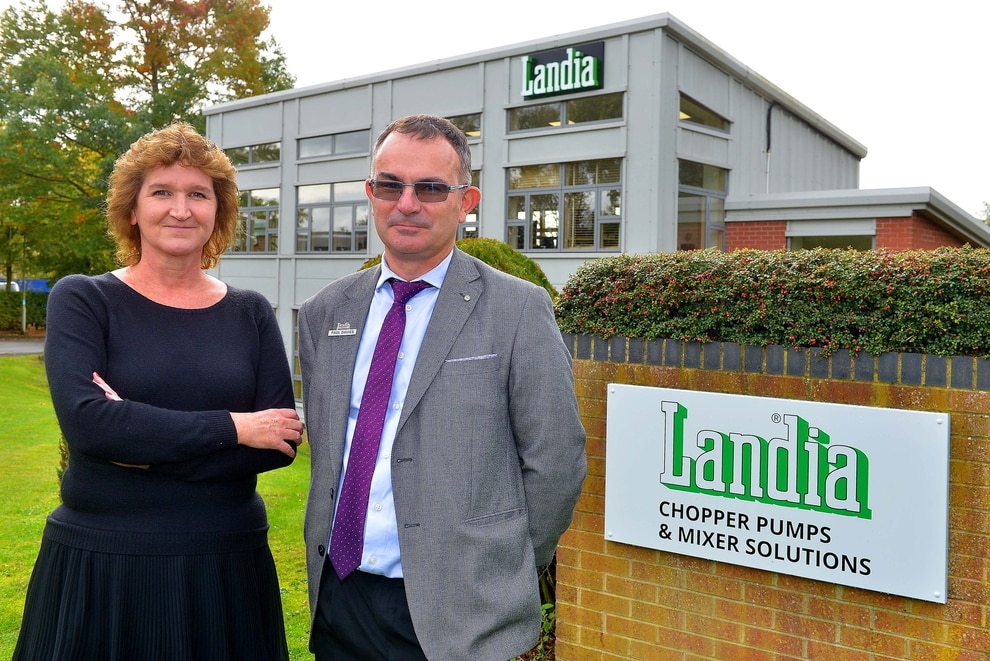 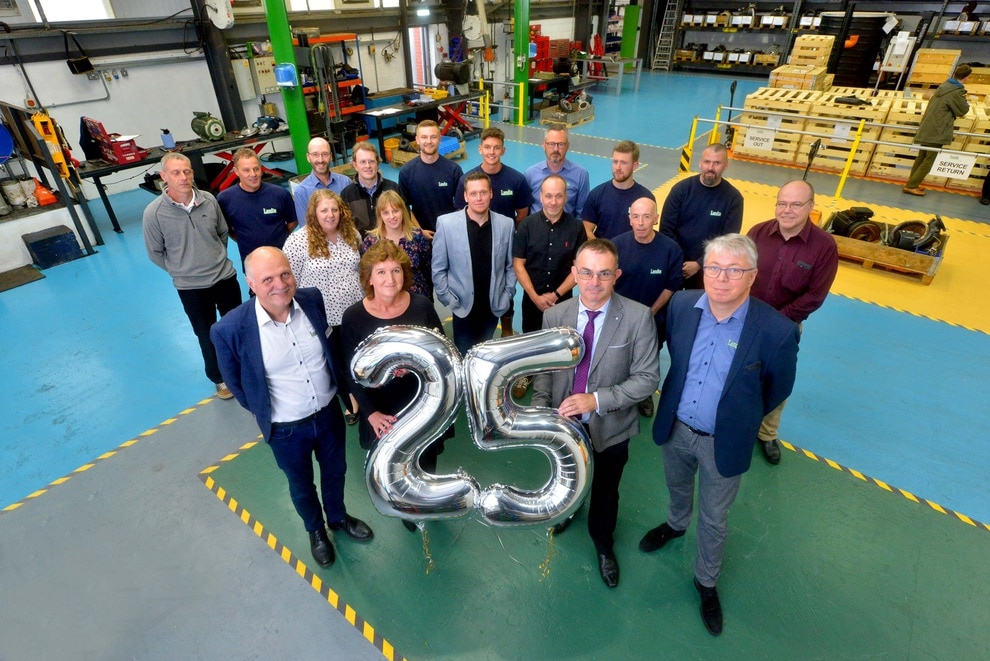 Front middle is Liz Robinson and Paul Davies, and with them is Steen Larsen and Thorkild Maagaard from Denmark 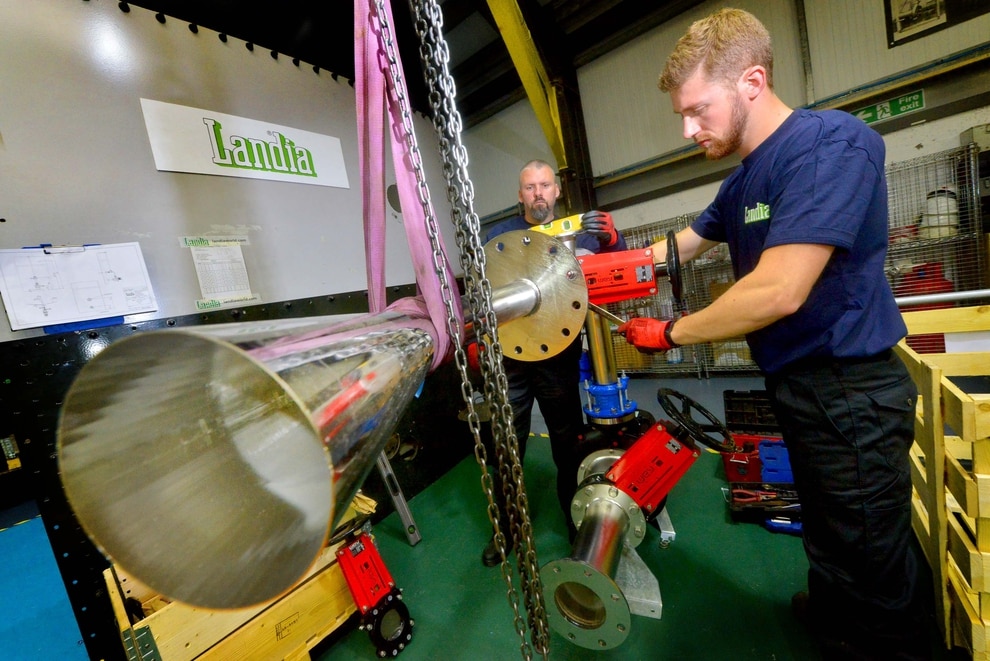 General manger Paul Davies said investment in its 18-strong team, many of which are from the local area, has paid off for the Whitchurch-based firm which has struggled to recruit skilled workers.

Landia threw open its doors to invited guests, including local dignitaries, at its open day on October 11 where they were given a tour of the facility and shown what products it makes.

The firm manufactures pumps, mixers and aerators, including for anaerobic digesters, for a variety of industries.

Paul said: "We have had a dedicated team. Most of our employees are from the local area and we do look after them.

"The facilities here are second to none and all the guys put the work in.

"Sourcing local qualified labour is a challenge. We have got three apprentices in the workshop who are all local lads out the town.

"We train them and send them on continued development courses and find investing in our workforce works dividends for us."

The company was set up in Whitchurch in 1994 by Liz Robinson and the late Hugh Vaughan, who died along with his wife while they had been on holiday in Mauritius in 2017.

Paul said the future looks bright for the firm, despite the continued uncertainty over Brexit.

"We are going to keep on doing what we are doing. There are several large orders due to come in and look forward to receiving those. All the numbers look right at the moment," he added.

Call for investigation into Marston's and Carlsberg brewing merger