Plastics manufacturer Craemer is looking to create more than 50 new jobs in the next 12 months following the opening of its £25 million factory. 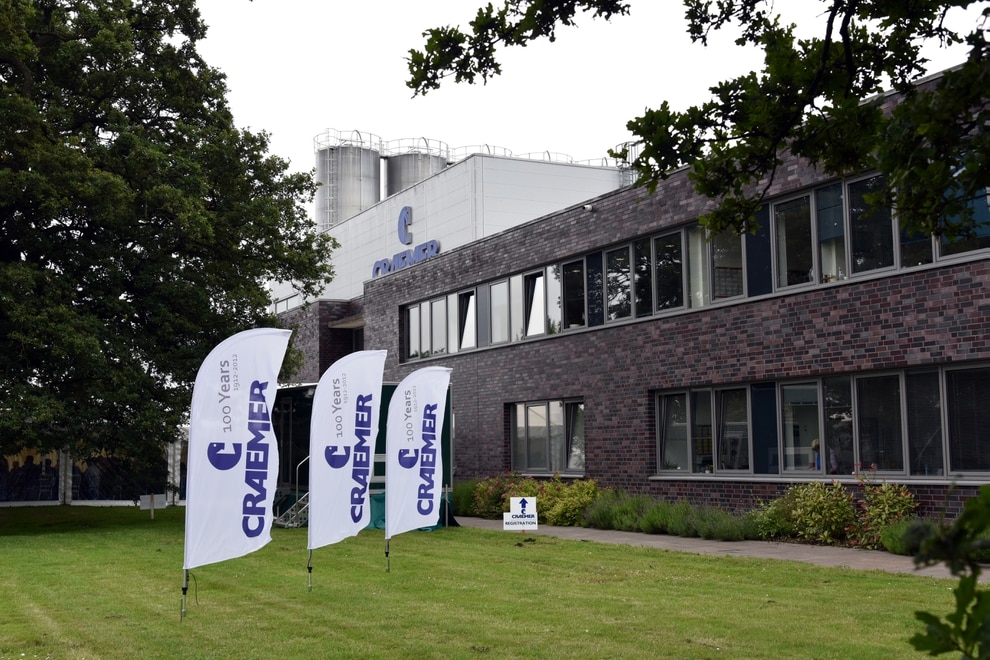 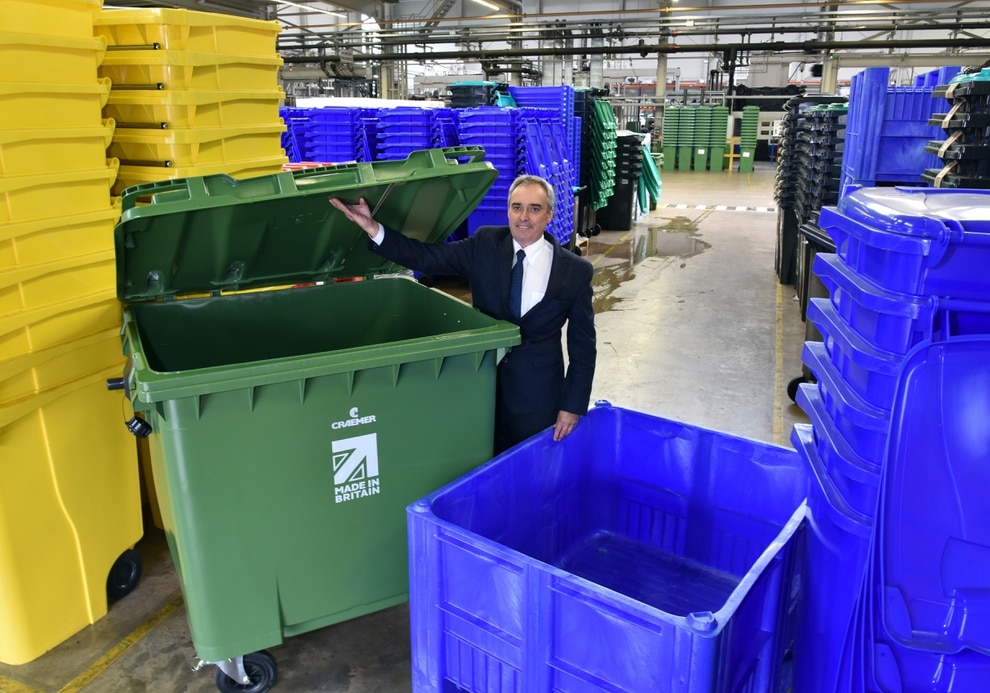 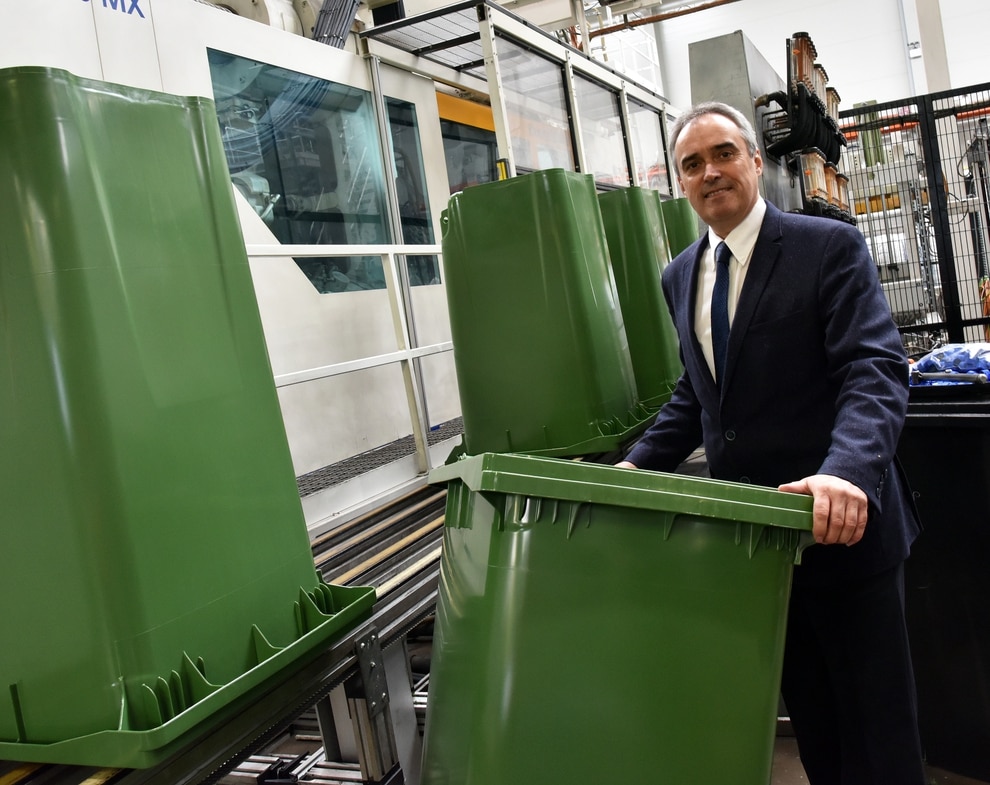 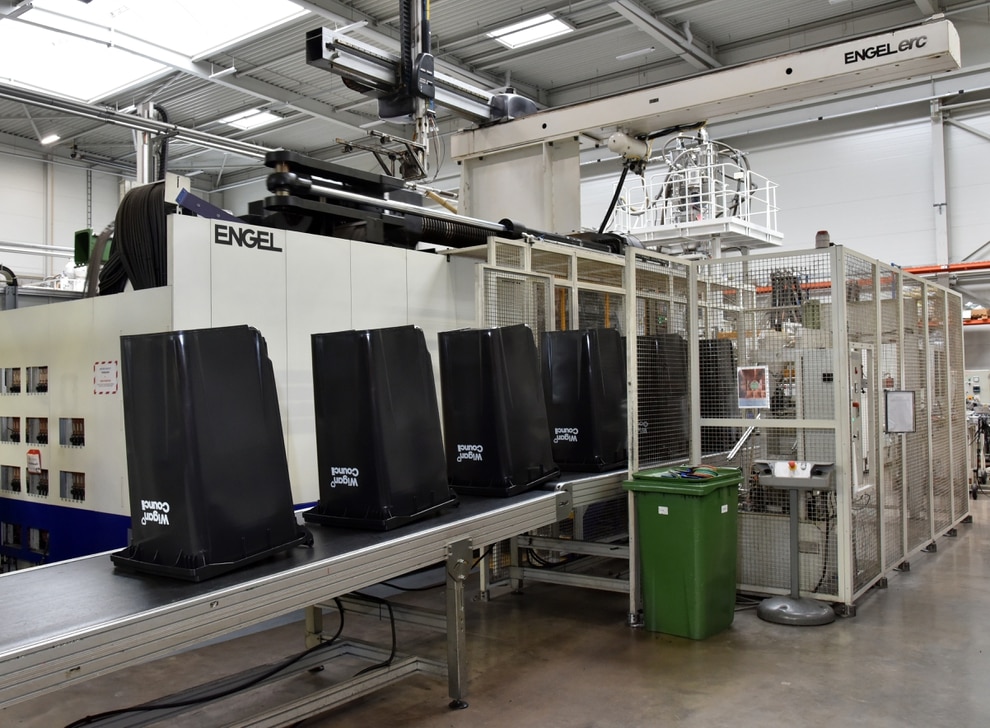 Bins coming off the production line 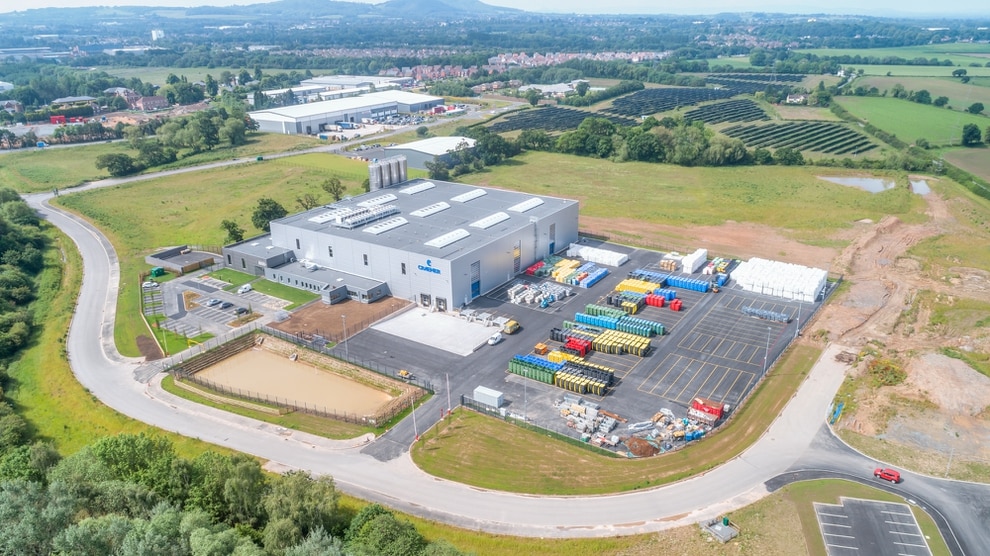 The German wheelie bins manufacturer, which makes products for more than half of all the UK’s local authorities, currently employs 96 people and is looking to grow that number to about 150.

It comes following the completion of its new factory on Hortonwood West to add to its existing Hortonwood site nearby.

The new factory, which became operational in March, has allowed the company to introduce new larger machinery as it diversifies its products, including new four-wheel large waste containers.

Steve Poppitt, managing director of Craemer UK, said: "We have been here 11 years on this site and started out with three machines. We now have eight and completely ran out of space in terms of machine capacity.

"We looked at expanding in the immediate vicinity and were negotiating with some neighbours but were unable to pursue that line of inquiry.

"Land became available through the local authority at Hortonwood West so we purchased a 13-acre site two years ago and we developed 50 per cent of it and produced a further factory which develops a mainly larger product.

"At Site A we produce two-wheel wheelie bins for about 70 per cent of local authorities in the UK. At Site B we will produce four-wheel large waste containers which will be used for the private waste industry.

"Until now that product has only been available in mainland Europe so now we are the only manufacture of that product in the UK.

"This time last year we had 65 employees, today we have 96. We anticipate by the middle of next year we will have about 150 employees."

Mr Poppitt said the new factory has had a very positive impact on the company.

"It has been operational since the end of March and has been going very well," he said.

"We have made quite an impact on the trade waste collection market already and have developed a new sales division as well as concentrating on that particular product in the private sector.

"We have installed the biggest injection moulding machine which currently exists in the UK. The process is the same but the hardware and infrastructure around it is much bigger."

Like many manufactures, Craemer has been force stockpile materials with Brexit uncertainty hanging over the country.

"Brexit is the main reason we have invested £25 million in our core market. We are one of only two manufacturers of wheelie bins in the UK and we want to be the biggest," Mr Poppitt said.

"We have had to introduce some contingencies – we have had to forward buy materials just in case we have issues with logistics from mainland Europe and tariffs.

"It could also affect the materials we purchase from Germany."

Looking ahead, Mr Poppitt said the company is developing a range of food waste containers.

"The tools have been produced and we are looking to introduce them to market later this year," he added.