The West Midlands’ housing market shows initial signs of progress, as the number of new properties being listed for sale rise, according to the May 2019 RICS UK Residential Survey.

For 12 months, the number of new properties being listed for sale has fallen, and despite remaining in negative territory in May, only minus 20 per cent of respondents reported a fall in new instructions, up from minus 71 per cent in April.

Despite the pick-up in the number of new properties being listed for sale, new buyer enquiries are struggling to pick-up and average stock levels remain close to record lows.

This does mean that West Midlands respondents are yet to change their opinion for the three month outlook in terms of sales with the indicator remaining flat.

As stock levels remain close to low, house prices continue to rise. In May, plus eight per cent more respondents reported a rise in prices over the last quarter and whilst price expectations are flat for the coming three months, plus 42 per cent expect them to rise over the coming 12 months – up from plus 30 per cent in April.

Mike Arthan, of Barbers property agents in Shropshire, said: “There has been more sales activity than anticipated. A shortage of stock generally is helping maintain house prices.”

In the lettings market, tenant demand increased slightly for a fourth month in a row. At the same time, landlord instructions declined, a persistent theme over much of the past three years.

Given this imbalance, near term rental expectations are now more elevated than at any other point since May 2016, with rents seen rising across all regions/countries of the UK.

Simon Rubinsohn, RICS chief economist, said: “Some comfort can be drawn from the results of the latest RICS survey as it suggests that the housing market in aggregate may be steading. However much of the anecdotal insight provided by respondents is still quite cautious, reflecting concerns about both the underlying political and economic climate.

“Another significant point made by respondents is that there continues to be considerable emphasis on the need for realistic pricing on the part of vendors, which while not a new story, is indicative of the ongoing challenges in the sector.

“Meanwhile the lettings numbers are a source for some concern with rental expectations beginning to accelerate. It remains to be seen whether the pick-up indicated in our data materialises but the deterioration in the net return for landlords certainly provides reason why it is a possible outcome of recent changes in the tax treatment of buy to let investments."

1,200 jobs could be lost as 75 Ask Italian and Zizzi restaurants will not be reopened

Thousands of cars put into storage due to pandemic 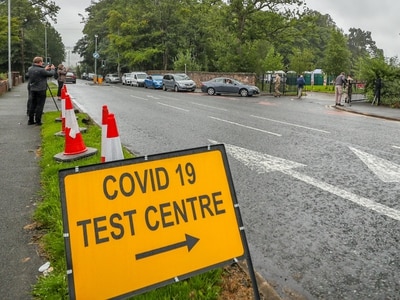