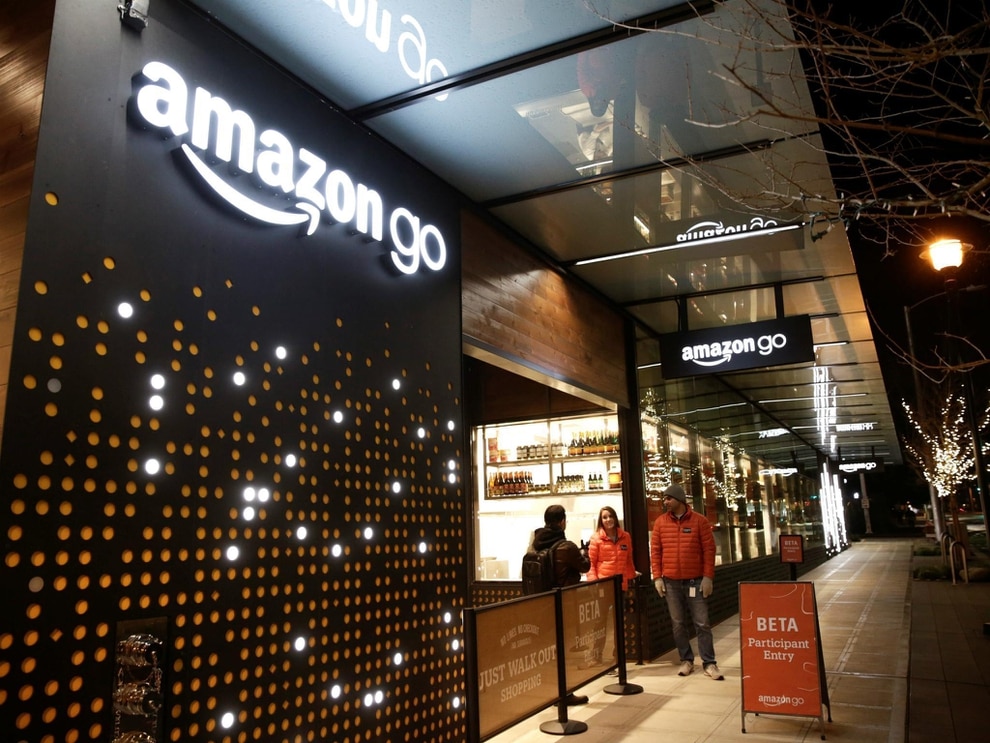 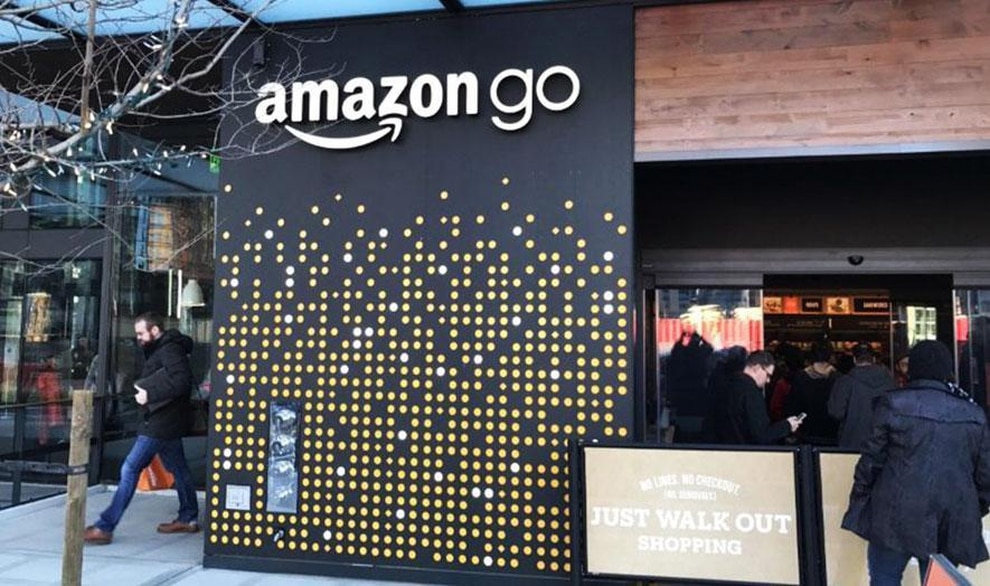 The Amazon Go store in Seattle Sensors on the shelves detect which items customers pick up 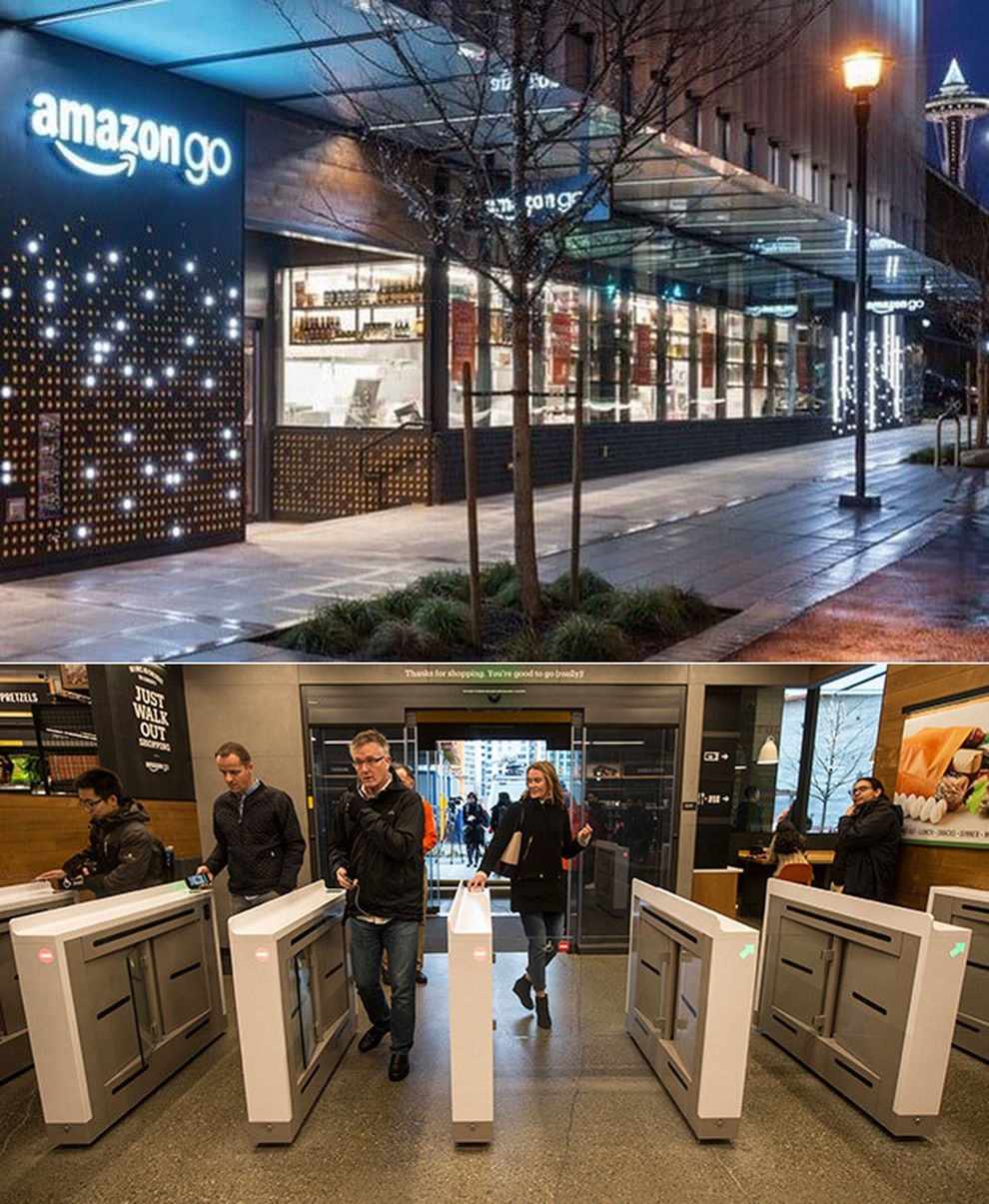 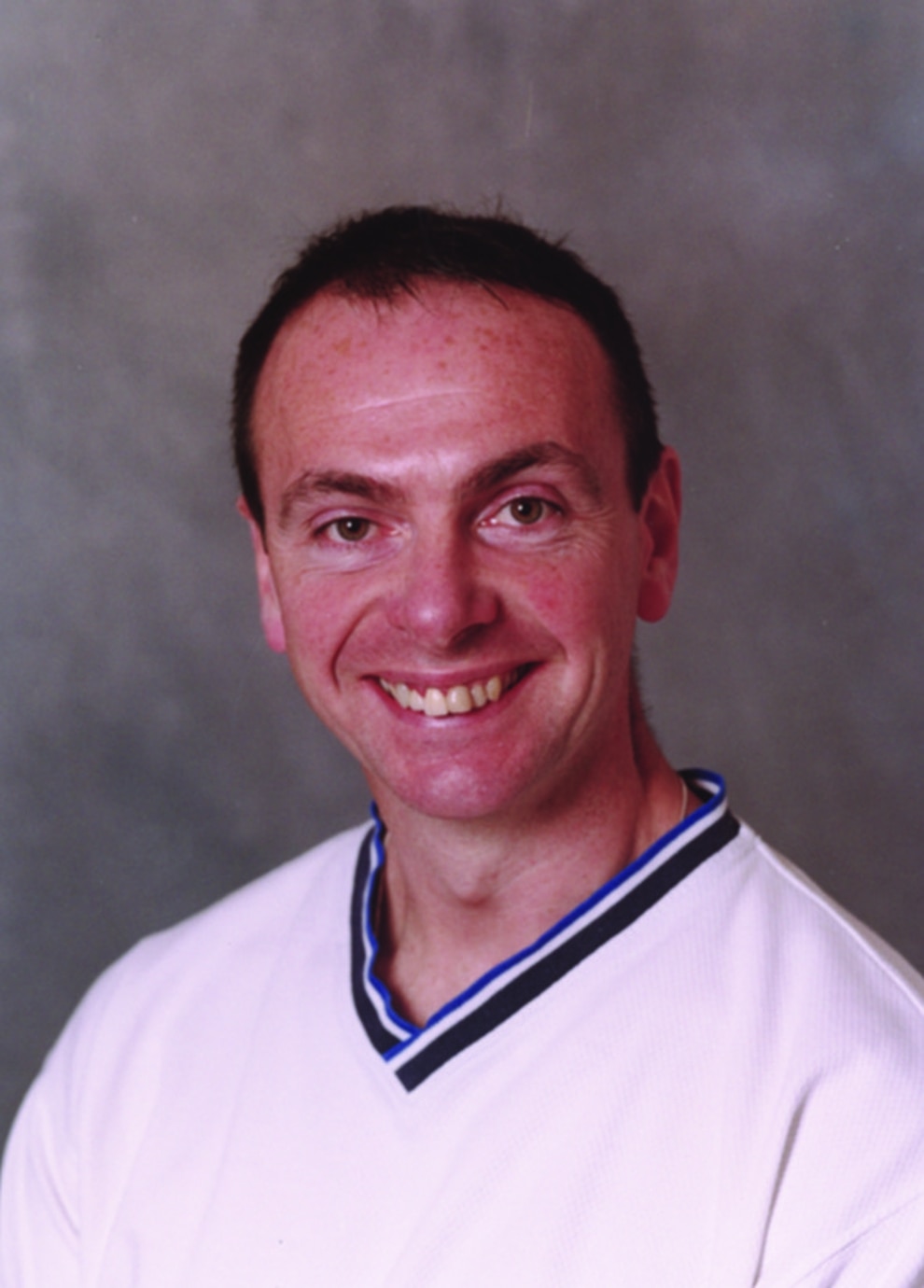 It sounds like something from one of those old Carling Black Label advertisements. You walk into a shop, help yourself to anything that takes your fancy, and then walk out again without having to worry about handing over any cash or anything like that.

Of course, it comes with a catch. The stuff there isn't free of charge, and the shop employs a network of security cameras that makes the Big Brother house seem like an oasis of seclusion. Nevertheless, Prof Chris Edger is in little doubt that the Amazon Go supermarket in Seattle gives us a glimpse into the future of shopping.

"It's inevitable," says Prof Edger, a retail expert at Birmingham City University. "The direction of travel is clearly towards using technology to reduce the costs of the service-provider function. If you have got a store, the biggest overhead is your staff costs, and if you can use technology to reduce that without impacting on the customer experience, then retailers are going to use that."

Amazon Go, which opened its doors on Monday, is an extreme example, but it demonstrates the potential that new technology has to revolutionise the way we shop. The store has no checkout operators and no self-service tills.

It uses hundreds of ceiling-mounted cameras and electronic sensors to identify each customer and track the items they select.

Purchases are billed to customers' credit cards when they leave the store.

Long queues of curious customers turned out of the opening, entering the building through gates similar to those at major railway stations. On entry, customers are asked to swipe their smartphones, which are loaded with the Amazon Go app,

Once inside the shop, they are free to put any of the items on the shelves straight into their shopping bags, while sensors on the shelves keep tabs on what items the customers pick up, and bill it directly to the customer's account. If the changes their mind and puts an item back on the shelf, the transaction is cancelled. There are no trolleys or baskets, as there is no need to take the items to the till. And unless you need to be ID-checked for the purchase of alcoholic drinks or other age-restricted items, you won't need to have any contact with a staff member at all. Customer are issued with an electronic receipt is issued as they leave the exit gates.

The technology has actually been around for a while. The shop opened to Amazon staff as long ago as December 2016, but the opening to the public was reportedly delayed by teething troubles.

An Amazon insider reported one of the problems being that the technology struggled to identify shoppers with similar body types, while there were also problems with children removing items and putting them in the wrong place on the shelves.

Gianna Puerini, head of Amazon Go, said the store had operated well during the test phase: "This technology didn't exist - it was really advancing the state of the art of computer vision and machine learning."

The internet giant will not reveal how the system works, but says it uses "computer vision, deep-learning algorithms and sensor fusion, much like you'd find in a self-driving car".

Hundreds of infra-red ceiling cameras have been trained over the past year to differentiate between customers as they move around the store, and between items for sale, even those with similar appearances, such as different flavours of the same canned drink.

There are weight sensors on the shelves to help indicate if an item has been taken or put back. And some items carry a visual dot code, like a bar code, to help cameras identify them.

Amazon isn't offering any information on how accurate the system is.

However, one journalist attempted to shoplift some cans of soft drink ? but the system spotted it and added them on his bill.

The attractions of such technology for the big retailers are obvious, particularly in the suburban convenience-store market, where the cost of property is comparatively low. Could the traditional "Open All Hours" corner shop eventually be replaced with what is essentially a giant vending machine?

Prof Edger thinks it is unlikely that the high street will be taken over by unstaffed shops, but he does think the days of queuing at the checkout to pay for your shopping are probably numbered.

"What we have here is Amazon going right to the extreme of this model, testing it out, and they have certainly got the resources and the wherewithal to test these systems out," he says.

"I don't think we will see the high street packed with staff-less stores, they will still need to employ people to stack the shelves and provide other functions."

Prof Edger says the real test will be how customers react to the changes.

"Queuing at the checkout adds nothing to the customer experience, in fact it just serves as a barrier to exit. Many customers just want to get their shopping and leave as quickly as possible."

The one area where there might be customer resistance is among those for whom going to the checkout acts as a restraining influence on their spending.

"Some people might claim they have walked out with stuff they didn't want, or claims against stores for false billing," he says.

Inevitably, such developments are a concern for those who work in retail.

?Shopworkers are an integral part of the retail environment, providing first class customer service and assistance that no machine could ever match," says Paul Taylor, Shropshire area organiser for the Union of Shop, Distributive and Allied Workers (Usdaw).

"While some retailers might find it superficially attractive to introduce new technology and reduce staffing, like Amazon Go, Usdaw believes shopworkers add value to the business and checkout-less supermarkets seem more gimmicky than practical."

Mr Taylor says the union is constantly monitoring staffing levels and the introduction of new technology in supermarkets.

"These innovations don?t suit every shopper, we know that many customers really value the one to one personal interaction they receive at staffed tills.

"There have been various pieces of research that show quite often it?s quicker to go through a staffed checkout and that supermarket queues have lengthened since self-service tills were introduced.

"Also recent reports suggest that there is significant customer theft through the use of self-service tills amounting to �3.2 billion a year with around one in four customers admitting to stealing an item while using self-scan checkouts."

Mr Taylor says experience shows that the technology can sometimes be unreliable.

"Often systems differ from one store to another, it can be temperamental and that the queuing system isn?t always obvious," he says.

"Low staffing levels mean that if a shopworker is helping a customer, there can be a delay in helping another. This can cause customer frustration and it is generally the shopworker who bears the brunt of any resulting abuse.

"We would suggest that retailers think very carefully about the knock-on impact to their business of reducing staffing levels through the introduction of new technology.?