Bosses at Toys R Us are on the verge of approving a plan to close a quarter of their stores in the UK, putting around 800 jobs at risk.

The move will not affect Christmas trading, however. If the plan gets the green light this week, the closures will not take place until spring next year.

The company employs around 3,350 people with 100 stores across the UK, including branches at Birchley Island in Oldbury, at Merry Hill shopping centre, in Stafford and at Meole Brace retail park in Shrewsbury.

The company is understood to be negotiating a deal with its creditors to reduce the amount it owes to its landlords.

The process, called a Company Voluntary Arrangement (CVA) is separate to the bankrupcy protection proceedings pursued by the Toys R Us parent company in the US, but the British business will need the green light from its American owners in order to go ahead.

It comes as the toys and games chain is under growing pressure from the internet, with millions of parents buying big-name brands online through Amazon and supermarkets.

Toys R Us trades from big warehouse-like out-of-town stores, around 40,000 sq ft in size, but is increasingly shifting to smaller stores, about half the size, with more play areas to make shopping more enjoyable for families.

Although the UK arm of the company reduced its losses to around £500,000 in 2016, it has made a loss in seven out of the last eight years.

The restructuring comes ahead of the all-important Christmas season, which makes up around 40 per cent of the group’s annual sales. The company is reassuring customers that stores will remain open over the festive season, vouchers and returns policies will not be affected by the CVA moves and Toys R Us will remain a major business, albeit with around 75 stores instead of 100.

It follows a major restructuring of its parent company in the US, which in October received court approval for a £3 billion refinancing deal after going into bankrupcy protection.

At the time, Dave Brandon, chairman and chief executive of Toys R Us, said: “We are confident that we are taking the right steps to ensure that the iconic Toys R Us and Babies R Us brands live on for many generations.”

The global Toys’R’Us business has suffered falling like-for-like sales for three quarters in a row and reported a quarterly net loss of £121 million on sales of £1.6 billion in September. 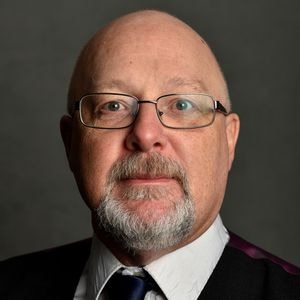 A442 north of Telford closed in both directions after 'serious' crash