Shropshire Peregrine Group has blasted a decision by Natural England to allow three falconers to take wild peregrine chicks from their nests and raise them for falconry.

Natural England, the government's adviser for the natural environment, has granted licences to permit the taking of six chicks, and says it is imposing strict conditions. Each falconer intends to take one male and one female chick to form a breeding programme with the other licensees.

Natural England adds that the peregrine population has particularly increased over the last 50 years, from just 47 breeding pairs in England by the 1970s to 826 breeding pairs by 2014.

Shropshire now has a small but established breeding population, and Shropshire Peregrine Group was formed in 1997, comprising volunteers who monitor, record, and protect peregrine falcons in Shropshire

John Turner of the group said: "Members are shocked and angered at the decision by Natural England to license falconers to take a total of six peregrine chicks from their nests in the wild, raise them in captivity, and train them for the 'sport' of falconry. They will never be released back into the wild.

"This is the first time such a decision has been made in over 40 years, and conservationists are alarmed that it will set a dangerous precedent."

John, a former chairman, added: "Peregrine falcons are a specially protected species under the Wildlife & Countryside Act, and although the population has recovered somewhat in recent years, thanks mainly to the work of the RSPB and individual raptor protection groups, they remain under threat from gamekeepers on shooting estates and pigeon fanciers in Shropshire and elsewhere.

"Every year, during the breeding season, members of the Shropshire Peregrine Group watch over these endangered species while they raise their young. Their reward is to see the chicks fledge naturally and learn to fly with their parents.

"Let falconers raise their own performing falcons, and allow wild falcons to enjoy life as nature intended. Natural England meanwhile should confine its actions to its declared purpose, that of government's adviser for the natural environment in England, helping to protect England's nature and landscapes for people, promoting nature conservation and protecting biodiversity.

"The RSPB and raptor groups generally are challenging Natural England's decision which in the interests of our wild peregrine falcons should be reconsidered." 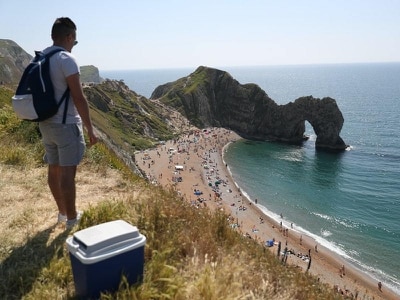