Shropshire's GCSE students and their teachers have been congratulated after the publication of the national GCSE tables.

The results show that 56.5 per cent of the county's pupils gained five or more GCSEs at A* to C grade, including English and maths – an increase on last year's figure of 56.1 per cent.

The county fared reasonably well compared to other authorities around the country – some way behind the Scilly Isles which topped the table with 73.7 per cent reaching the 5 GCSE mark, but well clear of backmarkers Knowsley which scored just 37.4 per cent.

David Minnery, Shropshire Council's cabinet member for children and young people, said he was pleased with the performance.

He said: "Once again these results reflect the hard work and commitment that our students put into their studies and we congratulate them on their successes. Our thanks also go to everyone across the school communities in Shropshire who have contributed to these results. This includes our highly professional and conscientious teachers and headteachers, school governors, support staff, volunteers and, of course, parents and carers."

Teachers and staff at a secondary school in the county have been praised for an improvement in the school's performance.

Geoff Pettengell, executive principal of Shrewsbury Academies Trust, which includes Sundorne School and Sports College, hailed the efforts of both pupils and teachers at the site.

The school saw 51 per cent of its 110 Year 11 pupils gain five or more GCSEs at grades A* to C in the latest tables released today.

Mr Pettengell said that while the results reflected an improvement in terms of the traditional assessment of how many GCSEs are attained at A* to C grade including maths and English, a new measure – Progress Eight – being introduced by the Government later this year would show even greater improvement.

He said: "The attainment figure in terms of five or more GCSEs at A* to C including English and maths has improved from last year's figure but the Progress Eight measure is even stronger so that is something we are really proud of."

Shropshire Council confirmed that the results had shown that the seven schools with the highest percentage of students who gained five or more GCSEs and equivalent qualifications with A* to C grades, including English and mathematics, were the Priory in Shrewsbury, Corbet School in Baschurch, Meole Brace in Shrewsbury, William Brookes in Much Wenlock, Belvidere in Shrewsbury, Church Stretton and the Community College in Bishop's Castle

The schools showing the most improvement from 2014 to 2015 are the Community College at Bishop's Castle, William Brookes, Corbet, Belvidere, and Sundorne School and Sports College in Shrewsbury. The figures also highlight the progress made by pupils since they left primary school, based on the percentage of pupils making three levels of progress during their time at secondary school.

The schools where most students made the most expected progress in English are Lacon Childe in Cleobury Mortimer, The Marches in Oswestry , William Brookes, Ludlow Church of England School, Lakelands in Ellesmere, and Oldbury Wells.

The schools where most students made the most expected progress in maths were Corbet, Mary Webb in Pontesbury, Belvidere, Lacon Childe, Ludlow Church of England School, The Priory and Meole Brace. 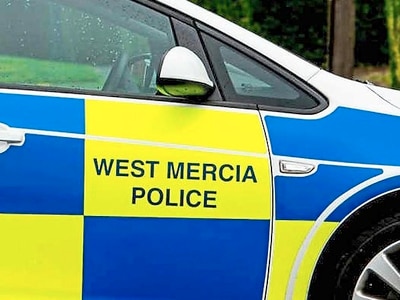 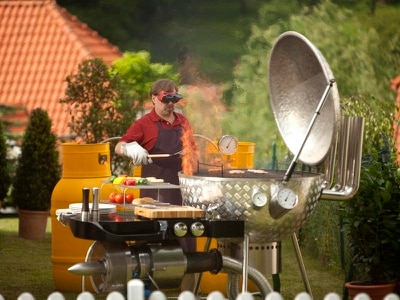 How to have a socially distanced barbecue – expert’s view