Watch: Man v machine as electric bike is put to the test

How's this for a novel idea? A pair of less-than-athletic middle-aged men, racing different forms of transport between two well-known landmarks, all done while wearing inappropriate clothing. It's amazing nobody thought of it before.

We're at Telford Cycle Centre, based in the centre of Telford Town Park, with a view to putting a new hi-tech electric bike through its paces.

Benjamin Smith, who runs the cycle-hire centre in the park, says the new bikes have been hugely popular since they were launched last year.

Cycling is big business these days. According to cycling charity CTC, around 4.6 million people cycle three times a week or more.

However, the so-called Bradley Wiggins effect, which was expected to see the number of cycle journeys soar after the Olympics, has yet to take off. At the moment, two per cent of all journeys are made by bicycle, a figure which has been fairly static for some years. About 65 per cent of the population still cycle less than once a year.

Benjamin, whose venture is supported by Telford & Wrekin Council, is hoping that his electric bikes could bridge the gap, opening up the hobby to people who might not have in the past considered themselves fit enough.

He says the cycles, which use an electric motor to assist the use of pedal power, are an ideal introduction to cycling for somebody who finds a normal cycle too strenuous.

"It's not like a motorbike," he says. "You have to pedal the bike, and then the electric motor kicks in to give you a bit of extra assistance.

However, for those who are not able to dig so deep, the bikes are available to hire in Telford for £3 an hour.

"That is probably the cheapest in the country," he says.

There are two electric bikes available for hire at Telford Cycle Centre at the moment, although 30-year-old Benjamin says there are plans to extend the fleet.

What sort of person hires an electric bike, then? "Anybody and everybody, it's all across the board," he says.

"People ride them down to Coalport and Ironbridge, or even Bridgnorth. The electric bike will take you there and back."

But Benjamin says the bikes will also satisfy those with a need for speed.

"They will usually get up to about 15-17mph, after that you really have to work," he says. "Bradley Wiggins probably wouldn't need one. He can get up to 30mph easily, but for the average person the electric bike will be quicker."

For this Shrop Gear special, unlikely cyclist and Shropshire Star reporter Mark Andrews takes on colleague Karl Aston in a race to Ironbridge.

Mark, who says he prefers his transport 17ft long, with four wheels and a silver statue on the bonnet, takes the electric bike, while Karl – who revealed at the start of the challenge that he was actually quite a keen cyclist – tries to beat him in the car.

The pair agreed to meet in the middle of the Iron Bridge – a fitting location for a test of new technology. But who will get there first?

Benjamin reckons it might be a close-run thing. While the car obviously has the potential to go faster than 17mph the Silkin Way cycle path will make for a much more direct route. And Karl is going to have to run back to the car park.

Mark powers up for the road race

Roadworks. I never thought I would be so pleased to see a sign for roadworks. While the temporary closure of the road leading to the main car park at Telford Town Park might mean a bit of a walk to the starting point, it also means Karl has to walk back, giving me an early advantage.

A few moments before the start, Karl revealed he was actually a bit of a cyclist on the quiet, and after a quick ride he described the electric bike as "beautiful". A bit of good news to get me started.

Benjamin Smith, who runs the cycle centre, explains there are three levels of power assistance: high, medium and low. That'll be high then. At our starting point, the sign says Ironbridge is four miles by bike.

"Just follow the Silkin Way down to Coalport, and it's one mile from there," says Sam Cartlidge who also works at the centre. It is at least six miles in the car, and unlike Karl, I won't have any problem with the traffic.

Karl does seem to be taking this rather seriously though, suddenly finding his inner Mo Farah as we prepare for the off. But boy, can this bike fly. There are one or two funny looks as I bomb down Silkin Way at speeds normally reserved for the Tour de France.

Heading towards Dawley, it becomes apparent that there might be a traffic problem after all. Dog-walkers, grandparents taking the children out, and quite a few pedal-bike riders. I timidly slow down and gingerly overtake.

Passing the half-way mark it is full steam ahead. Well, full electricity, anyway

. The last mile is by far the hardest. "Don't give up your day job," quips an elderly man as I make the final few yards up the slope of the bridge. And where is Karl? Have I done it? And then he pops up, grinning like a Cheshire cat, having cunningly disguised himself by shedding his jacket.

But wait . . . we agreed to meet in the centre of the bridge, but the video evidence clearly shows Karl standing down the slope, as I carry on to meet the peak. I made it first. It's a narrow win on points.

Karl thinks I'm a sore loser, but it's the old story about the hair and the tortoise. As we head back to the office by car, the rush-hour traffic is starting to build up. I could do with an electric bike. Typical, just typical.

Karl Aston had four wheels, a sat-nav and an engine in his favour . . .

The challenge was simple – see whether a car or a bicycle, starting from Telford Town Park, would get to Ironbridge first.

While I have no doubt the bike was capable of reaching the centre of the bridge before me, I quickly develop doubts about the rider.

Dressed in a light grey suit, collar, tie and dress shoes, he admitted he hadn't ridden a bike since before the Falklands War.

I wonder if I will get time to put on a few quid at Ladbrokes along the way . . .

Then I remembered the Telford town centre roadworks that meant I had to park about half a mile up the road. Mark would have be well on his way before I even reached my car.

After a strong start, I stop running and find myself gasping for breath. I thought I was supposed to be the one with the easy job?

However, watching Mark disappear into the distance, it was hard not to notice that he was wobbling alarmingly. I still had a chance.

Still, better safe than sorry. Before the race, we agreed that I would use only printed instructions from the internet to get from start to finish. But the sat-nav was glaring out of the dashboard and, well, it seems rude not to. Mark will understand.

Passing a man with a dog off the lead, I drive gingerly, before turning into Southall Road and . . . where was the traffic? The roads looked as though the country was in the grip of a 1970s oil crisis. I'm going to have to start practising my magnanimous-in-victory face.

Into Castlefields Way, and something doesn't seem right, and it quickly becomes evident I have taken a wrong turn. I now have an extra three miles to cover. There is a moral to this story. If you are going to cheat, make sure you do it properly.

At the bridge, there's no sign of Mark. It took me 18 minutes and 49 seconds to complete the trip, his instructions said he'd take 23 minutes.

After 10 minutes of waiting on the bridge I begin to get worried, another five minutes and I contemplate organising a search party. Five minutes after that . . .

Mark finally turns up. Mutters something about other cyclists and dog walkers. And he's not taking defeat lying down. 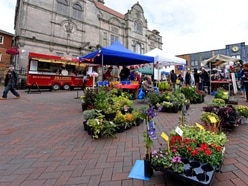 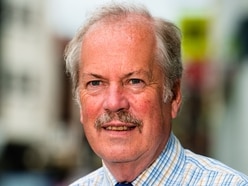 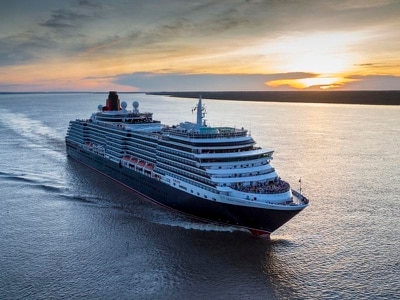 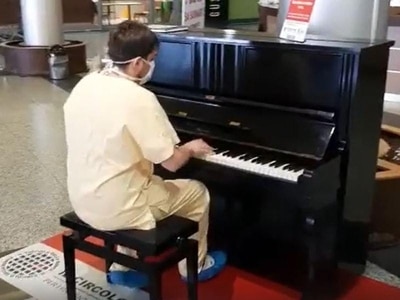 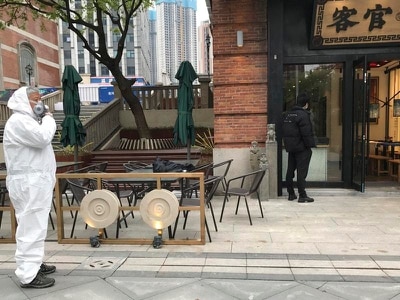