If Shrewsbury's Dana prison is converted into a luxury hotel, it will be following in the footsteps of HMP Oxford writes Andy Richardson.

The Dana is set to close in April, putting more than 200 jobs at risk. But the Grade II-Listed Victorian prison could be given a new lease of life as a hotel, with discussions due to take place about converting the building.

The first English prison to be turned into a hotel was Malmaison, in Oxford, which opened in 2005.

It had been sold by the Government to Oxford County Council, following its closure in 1997, for a mere £9,000 because officials deemed it too expensive to modernise. Today, it is worth a staggering £30 million.

The prison is well known to millions – and not just former inmates – because it has been used as a location for films and TV programmes on many occasions. Porridge, Bad Girls, The Italian Job, Inspector Morse and The Bill have all been filmed there. It has also been seen on the big screen in 102 Dalmatians, The Spy Game and Lucky Break.

HMP Oxford was on the site of part of the medieval castle of Oxford and the west tower and the eastern part of the crypt of St George's Tower survive.

A castle gaol is first mentioned in 1230, and by the 1780s the remnants of the castle were still in use as a prison.

The prison had a dark past, with numerous hangings, and it provided space for murderers, rapists, conmen and other criminal elements.

One of its most famous stories dates back to the late 16th century when a woman was hanged at the gaol for murdering her newborn child. At the time, the gaol did not use long-drop hanging, where victims fall through a trap door and die quickly. Instead, the unlucky executees died by slow suffocation.

The woman in question took 30 minutes to die and her friends tried pulling down sharply on her legs to hasten her exit. She was shipped off to a medical school for dissection but when doctors opened her coffin she started to breathe.

Surgeons viewed her miraculous revival as a sign from God that she was innocent and graciously gave her another trial – after which she was found innocent and released without charge.

In the mid 1780s, as part of a national movement to reform prison conditions, the Oxfordshire magistrates began a long programme to build a new prison on part of the site of the medieval castle.

The project was so big that work was ongoing until 1807, though the Malmaison Hotel continues to feature many of the buildings that were regenerated at that time.

The keepers house was completed first – which has since been converted into Rooms 101 – 139 and the bar/brasserie, and subsequent wings followed.

The prison was enlarged in 1848, designed by Benjamin Ferrey, so that it could hold 350 men and 50 women.

Following World War II, the prison became overcrowded and in 1967 the average number of inmates was more than double the recommended amount. Malmaison kept an original cell in A wing, so that visitors could see how three men used to crowd into a tiny room.

It is one of the dozens of prison blocks inspired by the design of Pentonville. HMP Oxford closed in 1993 and reopened in December of that year due to prison overcrowding. The prison finally closed in 1997.

Malmaison started work on its ambitious redevelopment in 2003 and the reconstruction was completed in December 2005. Curved ceilings were retained, air conditioning was installed and special panels were fitted to control the acoustics in large echoing halls. The former hanging cell was converted to a kitchen.

When redevelopment work was taking place, 58 skeletons were found in the area which now houses rooms 401-415 – though the hotel is not reported to be haunted. One theory is that corpses of executed murderers were used illegally by trainee doctors in the nearby university for medical research, before being buried in the prison grounds, rather than the graveyard.

Today it is one of Britain's coolest hotels.

I was sentenced at 11.13am. "Richardson," said my boss, peering at me from on high. "You will spend 24 hours in the slammer. That should straighten you out. Take him down."

Four hours later, I was entering Room 101 at the former HMP Oxford, getting ready for an overnight jail break.

I've stayed in scores of hotels in 55 countries around the world – but never before seen anything like Malmaison Oxford. Its rooms are converted cells, the gym is called the Exercise Yard and the original metal doors are still in tact.

The rooms have been fashioned from two cells knocked into one; with a third cell having been converted into a bathroom.

There was no mistaking the sense of claustrophobia as I squeezed into Room 101, my camera and tripod clanging against the metal door as it closed shut. I prayed that I wouldn't lose my keycard.

The walls are around three feet thick, ensuring guests can lock themselves away in peace and quiet, and my room was on the site of the oldest cell block. During the daytime, the subterranean room was lit by a shaft of light which came from thick windows at street level. The windows were small and high up. It was easy to image how inmates would have seen people walk past, 9ft above them, and dreamed of liberty.

Iron gangways and suicide nets have been preserved and other guests were mostly aged 20-45: on the night of my visit the venue proved itself a hotspot for discerning travellers who valued the hotel's novelty value. Anne Hathaway, Lawrence Fox and other celebrities have stayed while visiting the city.

Fat church candles and sombre lighting added to the Porridge theme and walls were adorned with spooky artworks of people seeming to scream.

Hotel boss Chris Steadman said the venue was popular all year round. "I'd never been to a prison before coming here," he said. "But if this is what it's about, you can send me down for a long stretch.

"I used to come here with my wife, then I saw the general manager's job going and I applied. It's unique, a real one-off. I was a little disappointed to hear that Shrewsbury Prison may be converted because as far as I know, ours is the only prison-hotel in the world. It would be a shame if another were created."

Mr Steadman said people travelled from around the world for the chance to spend a night in prison – without having to commit a crime.

My room was dark and atmospheric and I later explored the hotel's restaurants and bars. One bar was moodily-lit and there were large chess tables for people who wanted to play – rather like the characters in Porridge.

I ascended to the highest wing to look down at the floors below, recognising the venue instantly from numerous TV programmes and films. 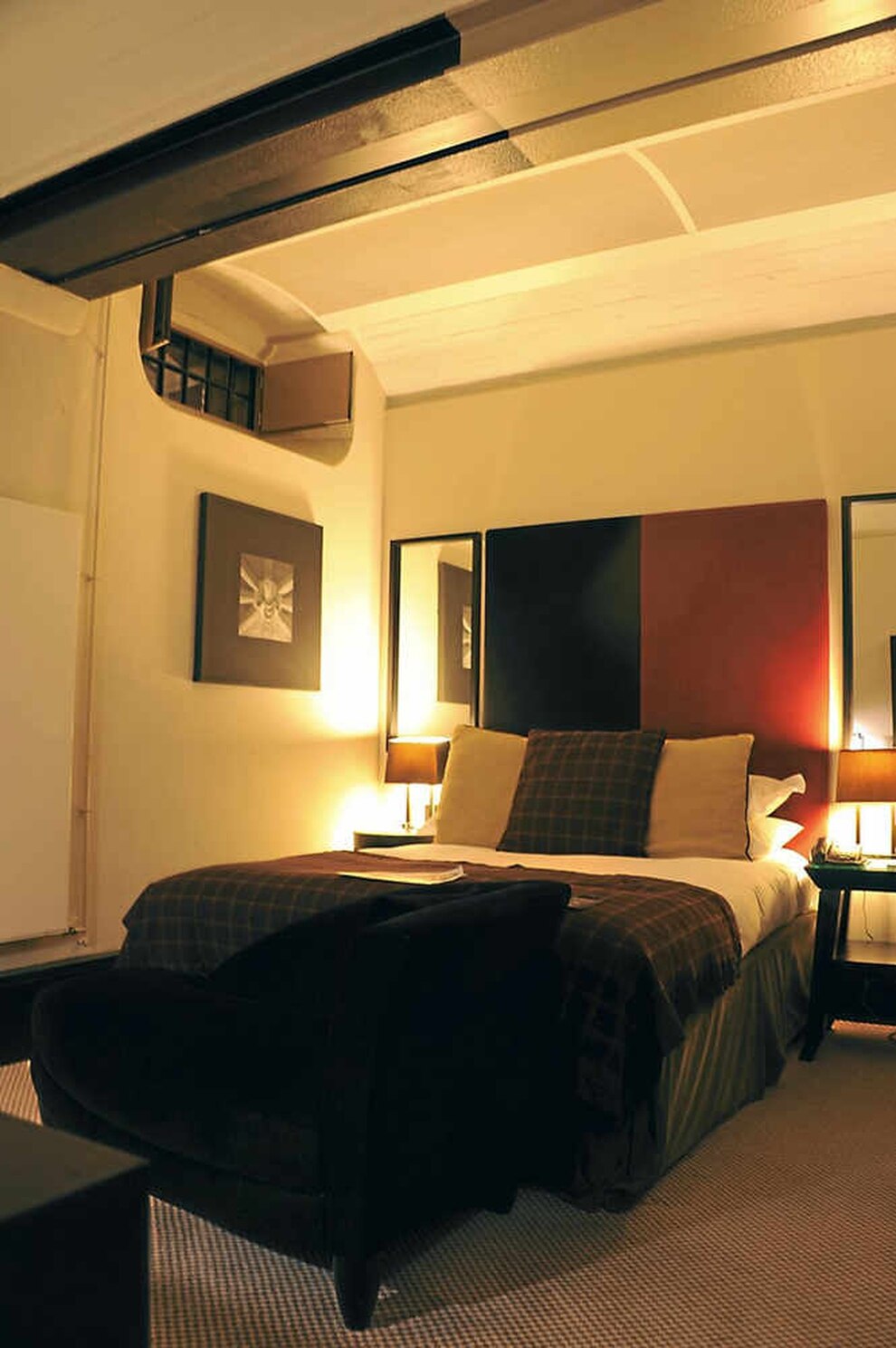 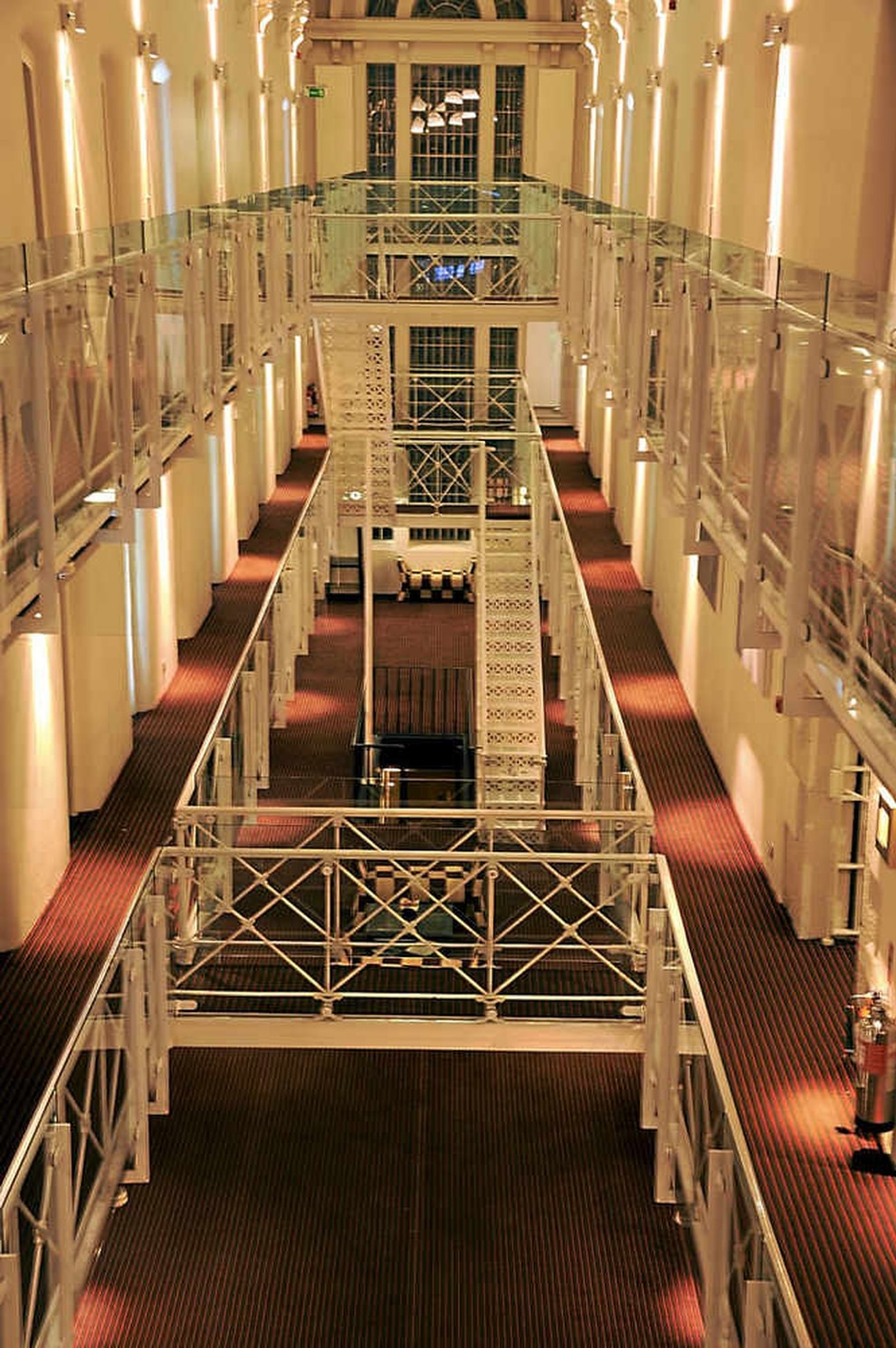 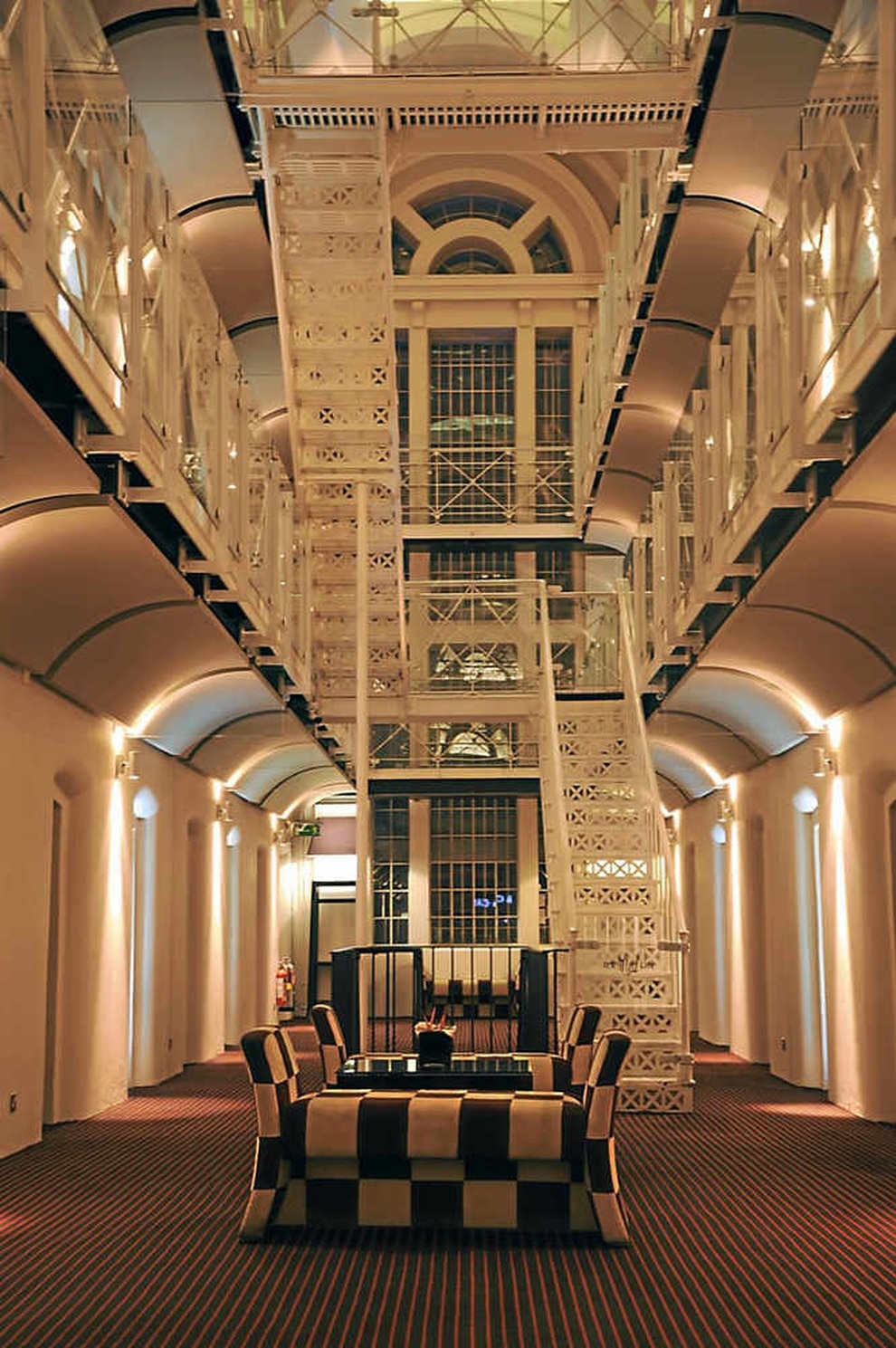 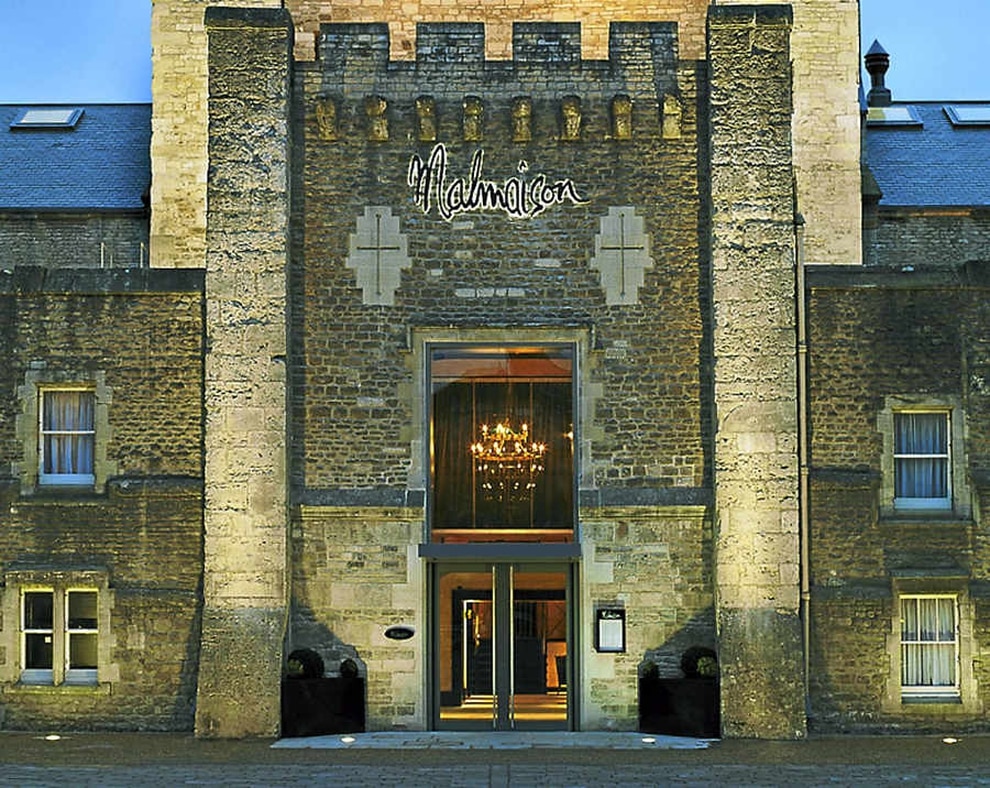 Local Hubs | Less than an hour ago