Finding a safe haven: A new initiative to help victims of domestic violence

Seeking help early on can change the life of a woman in a violent relationship. Diane Davies finds out about a new initiative. . .

How sad that as World Cup fever gripped the nation police were braced for a flood of calls from women who had suffered at the hands of violent partners.

Instances of domestic violence traditionally rise by 38 per cent when England lose a game, figures show.

On average two women are killed every week in England and Wales by their partner or ex-partner. One in four women and one in six men will suffer domestic violence during their lifetime, campaigners say.

Thankfully there are organisations offering shelter and support for women suffering at the hands of a violent, abusive or controlling partner but it too often this is given when they are at the end of their tether and after a campaign of terror.

It is recognised that early intervention could prevent so much suffering and one leading charity, The Haven in Wolverhampton, is now taking action to reach women sooner rather than later.

They want to help women realise they are in an abusive relationship and advise victims on how to take that first terrifying step to escape the situation.

The Haven in Wolverhampton has launched the You Matter initiative aimed at reaching women in the early stages of an abusive relationship.

A new website entitled You Matter has been set up telling the real life stories of women who were helped by the charity to change their lives.

Each story is different to highlight various barriers women see to leaving. The website gives bitesize information in regards to some of these barriers such as 'what happens if I call the police?'.

Haven Fundraising Lead Laura Blackham said there are many questions women need to answer before they contact help such as The Haven. But the longer they are suffering they may become more high risk and will have more need of support.

She said: "The earlier the women come into the process then the earlier services can help them move forward and ease the long term impact on their mental health and well being."

The stories on the website include that of 'Emma' who feared she would lose her children after threats made by her violent partner. The story links to advice about going to the police but also what to do if social services are involved.

Another story is that of Rebecca who reported a brutal attack by her partner to police five years after it happened. Also victim Ama who got help from The Haven after her husband threatened she would be sent back to Africa if she spoke out. The story then links to advice on immigration and money concerns.

By sharing real life stories of women who got help, it is hoped other women will realise that they don't need to suffer in silence. That they can trust their instincts about a partner that seems to be putting them down, intimidating or separating them from their friends and family.

Laura added that many women do not identify with the traditional view of domestic violence, for example they may not live with the abusive partner.

The You Matter initiative is targeting those that may not be able to, or do not feel ready to directly engage with a service but need some support with recognising the early stages of abuse.

The Haven campaign warns: "If you, or someone you know could be experiencing abuse, You Matter could be the first step to getting the support they deserve." 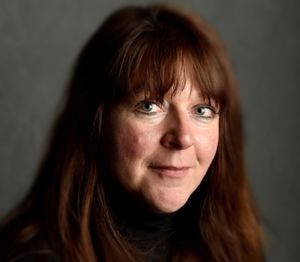 MNA Group head of weekly titles, and former deputy editor of the Express & Star. Specialist interest in music and theatre scene with regular reviews from our wealth of top venues.