All’s fair in. . . It may seem to be a ‘man’s world’ but women’s voices are gradually being heard

It’s 2018, 100 years since women got the right to vote, a billionaire prune with a history of misogyny leads the ‘Free World’, comedians are making jokes about sexual harassment and the BBC pays its male presenters thousands more than their female co-hosts for doing exactly the same job.

It’s an era where calling a woman ‘honey’ on a train will lead to a social media storm and a public apology from the train operator. Opinion on the matter has been divided, with some describing the woman who complained as a ‘whining ninny’ and ‘snowflake’, and even going so far as to applaud the train operator’s Twitter response, which asked the female passenger if she would ‘prefer ‘pet’ or ‘love’ next time’.

Perhaps the train manager was being genial (however unlikely since a witness in the carriage said ‘his response was highly patronising’), but in a day and age where women are regularly fighting against a tidal wave of sexism, gender pay gap inequality and misrepresentation in almost every field, then perhaps it wasn’t a case of a woman ‘getting her knickers in a twist’, but another fight against the immense misogyny ingrained in our culture. ‘Everyday sexism’ the passenger described it as.

But we must not lose hope because of setbacks like this, women’s rights have made real progress.

Last year proved monumental in creating gender parity. Dozens of actresses spoke up when the allegations against disgraced movie mogul Harvey Weinstein emerged. This unifying front was empowering to witness and we could almost share in the satisfaction of seeing this man, who thought he was all-powerful and untouchable, fall from grace.

Also in Hollywood, some of the top highest grossing films – The Last Jedi, Beauty and the Beast and Wonder Woman – were all led by female actors.

And lest we not forget the BBC pay gap scandal caused a furore, shedding light on the real differences still present in the workplace.

The Beeb was embroiled in yet another scandal this month after being accused of sexism for using the word ‘fireman’ instead of ‘firefighter’ on one of its CBeebies shows. Members of the London Fire Brigade hit out at the children’s channel for using ‘outdated’ language in the show.

Again, it split public opinion, one person chortled ‘when exactly will it become illegal to be a man?’, but while all these small, everyday qualms may not seem exceptional enough for people to object to, it’s the casual references, the body-shaming, victim-blaming – all these little pinpricks that keep on coming until the bubble bursts and the Weinsteins of the world are exposed.

Attitudes are changing. Already this month a new law went into effect in Iceland requiring companies to prove they are paying men and women equally. As well as electing its second female prime minster, Katrin Jakobsdottir, at the end of 2017, Iceland has now become the first country in the world to have it written in law that women must receive the same pay as their male colleagues for doing the same work. Hurrah!

And as the UK prepares to celebrate the marriage of Prince Harry and Meghan Markle in May, let us not forget her personal efforts towards equality. Meghan, a UN Women advocate, revealed she once fought a sexist dish washing soap advertiser which had the tagline ‘Women all over America are fighting greasy pots and pans’. Outraged at the idea that only women wash dishes, Meghan wrote to the company behind the ad as well as powerful women, including First Lady at the time Hillary Clinton, asking it be changed. Her fight proved successful and the advert changed to ‘People all over America’.

And Meghan isn’t the only high-profile Hollywood figure speaking up. On New Year’s Day hundreds of women in the entertainment industry – including Natalie Portman, America Ferrera and Emma Stone – launched a movement to fight sexual harassment. Time’s Up aims to address ‘the systemic inequality’ and ‘injustice in the workplace’ that have kept under-represented groups from reaching their full potential.

But the responsibility shouldn’t just fall on the shoulders of women. Let’s hope more men take the initiative and break down the glass ceiling that they helped create.

As Reese Witherspoon, who is spearheading the Time’s Up moment, once said: “Women make up more than half of the world’s population and potential, so it is neither just nor practical for their voices, for OUR voices, to go unheard at the highest levels of decision-making.” 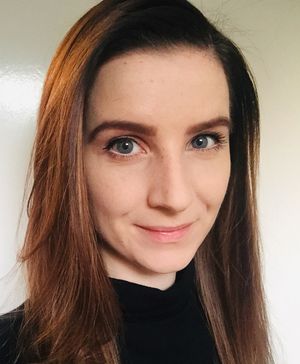 Video: Singer Olly Murs sends 'all the love in the world' to six-year-old battling cancer

Many pubs and breweries will close without further energy help, report says

Peter Rhodes on jolly companions, a missing emperor and a candidate for the next PM

New art shop and gallery set to open up in Shrewsbury

UK car sales rise for fourth month in a row