The radio friends at your hospital bedside

Hospital radio has long been a training ground for aspiring presenters and DJs, launching the careers of the likes of Ken Bruce, Simon Mayo and Chris Moyles. 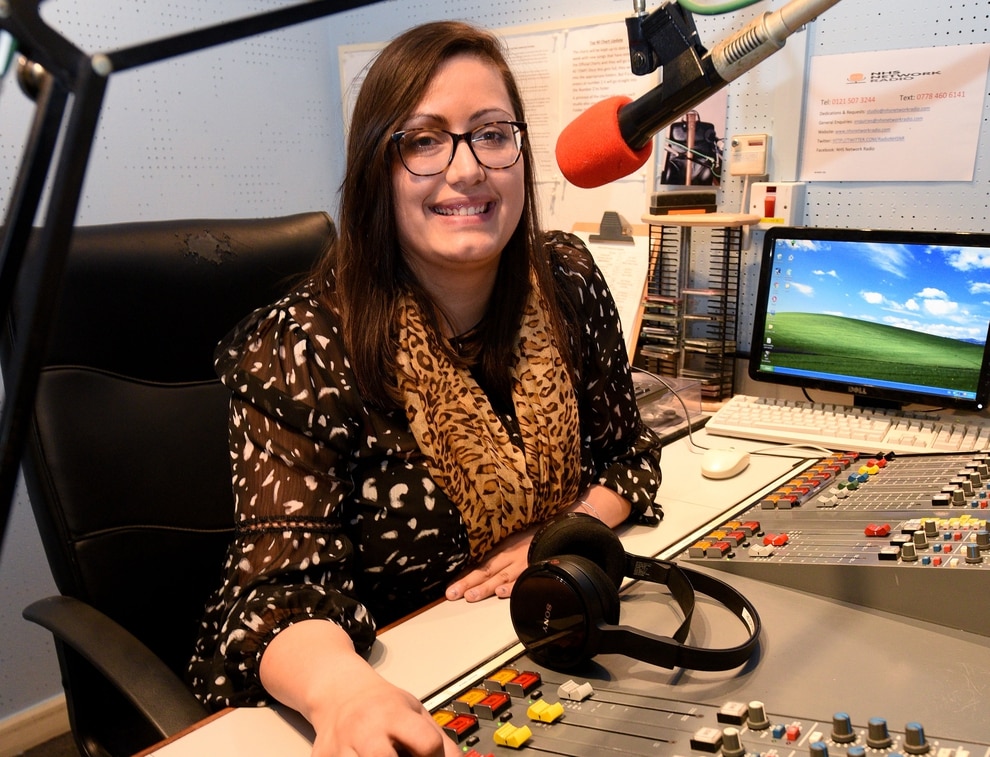 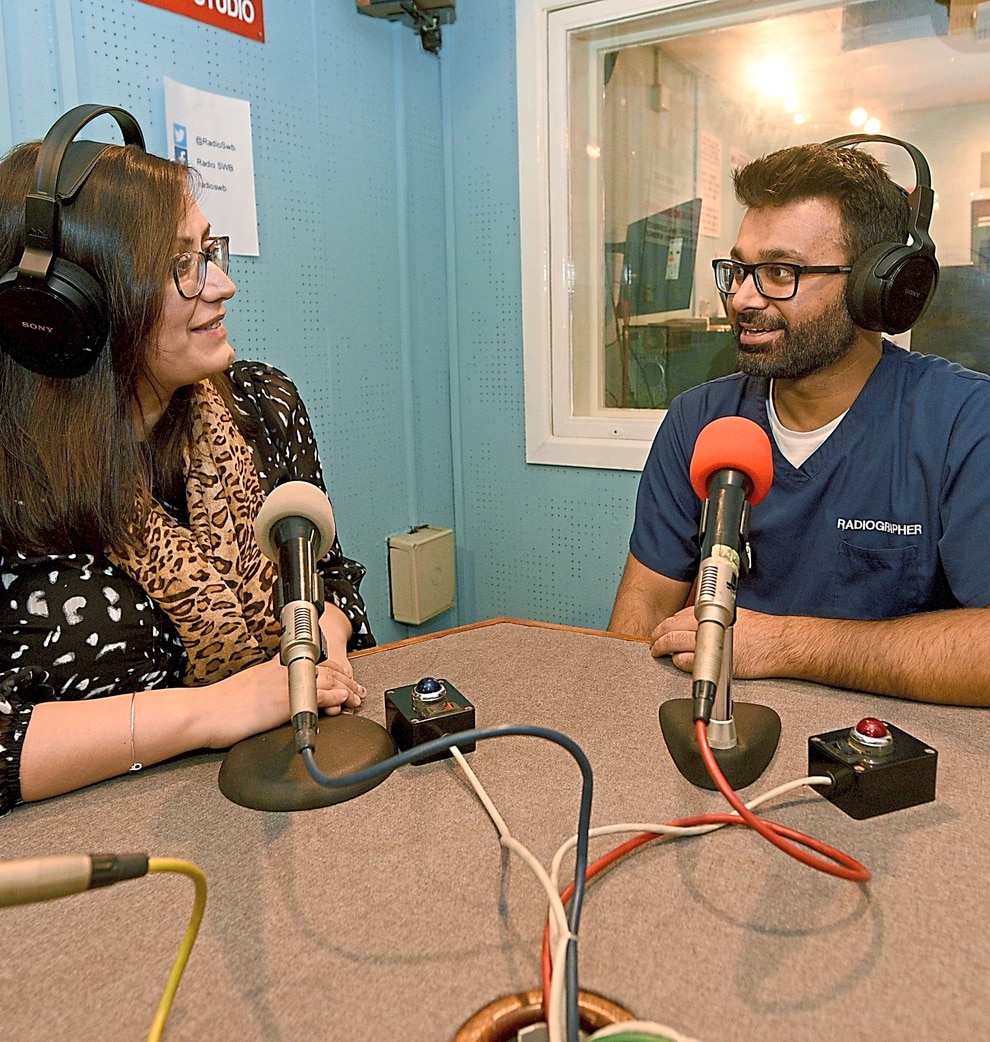 The station broadcasts from a courtyard garden studio

But more importantly it provides patients with valued entertainment, light-relief and a friendly voice at time when they need it the most.

“It really cheers people up,” says Suzie Box who is the station manager at Radio SWB, based at Sandwell Hospital in West Bromwich.

The station, which broadcasts from a courtyard garden studio, wants to be a “friend at the bedside” playing patients’ requests throughout the day.

“It’s good to give people a break during the day. When you’re in hospital there can be a lot of waiting around and it’s not always a nice place to be.

“So it’s nice to be able to ask people what their favourite songs are and play the music they like,” says Suzie who works as an NHS project support officer.

The 27-year-old from Tipton took up the position of station manager in July but first began presenting shows in 2008.

She presents a two-hour request show every Wednesday night and before each shift she visits the wards to find out what tunes people are in the mood for that evening.

And Suzie says she is always amazed by the variety of music that she’s asked to play every week.

“Often I get a request for a song I’ve never heard of and then I’ll play it and think ‘that’s a good song’,” says Suzie.

“My favourite thing is going around the wards to collect requests and listening to people’s stories, it really warms your soul. I love hearing about people’s lives,” she adds.

The team of 25 volunteers has access to a full music library including vinyl records and CDs along with a database of 63,000 songs, which they are continually adding to.

“At the moment we have every song that entered the charts, even if it didn’t reach the top 40, between 1952 and 1989 so there is something for everyone,” says Suzie.

Currently the top two favourite requests are Frank Sinatra’s My Way and Release Me by Engelbert Humperdinck – the latter showing that patients also have a sense of humour.

“I knew My Way was one of the most popular because we gets requests for that all the time but I was surprised by Engelbert Humperdinck – it’s funny. We are here to play the songs people want to hear though so it’s fun,” says Suzie.

The station’s roots go back to the 1950s when the husbands of the Women’s Royal Voluntary Service provided a football commentary service to patients at the former Hallam Hospital, live from nearby West Bromwich Albion.

And it is planning to widen its audience by broadcasting online giving patients the chance to carry on listening after they have left its wards.

At the moment is broadcasts between 9am and 10pm at weekends and between 2pm and 10pm Monday to Friday but the team plans to increase these hours to cover from early morning through to late night.

Alongside two presenter studios, there is a talk studio which can accommodate up to five guests in a lively discussion.

The team has a number of events coming up and recently held a live streamed date as part of Speak Up Day which encourages NHS staff to raise concerns.

Volunteers come from all walks of life and have chosen to get involved in the radio station for different reasons.

“We’ve got a variety of ages and backgrounds, we are very diverse. We’ve got people who are DJs when they are not at the station, people who want to give something back to the community and people who just love different types of music.

“A few of the people also want to go into radio presenting as a career. It means each show is unique,” says Suzie.

As well as shows aimed at adults spending time in hospital, children staying on the wards are not forgotten and have their own dedicated radio time.

“Our programme schedule between 6pm and 8pm is for the children’s ward. We try to make it exciting and we might include a film review or talk about a book.

“We are planning to have a bedtime story for the children’s ward in the future,” says Suzie.

Volunteering at the station is incredibly rewarding she tells Weekend.

“The days can drag when you’re in hospital so to be able to talk to people and play their favourite music to help take their mind off what’s happening is really special,” explains Suzie.

The station is always on the look out for more volunteers and a number of different roles are available from human resources to marketing and presenting.

To find out more email suzie.box@nhs.net or call the station on 0121 507 3244. Radio SWB can also be followed on Twitter @RadioSwb