A dog will often pick his owner

Only a cheetah can boast being faster than a greyhound in full flight. As the fastest dog on the planet, they can chase a moving, mechanical lure at speeds of up to 40mph. 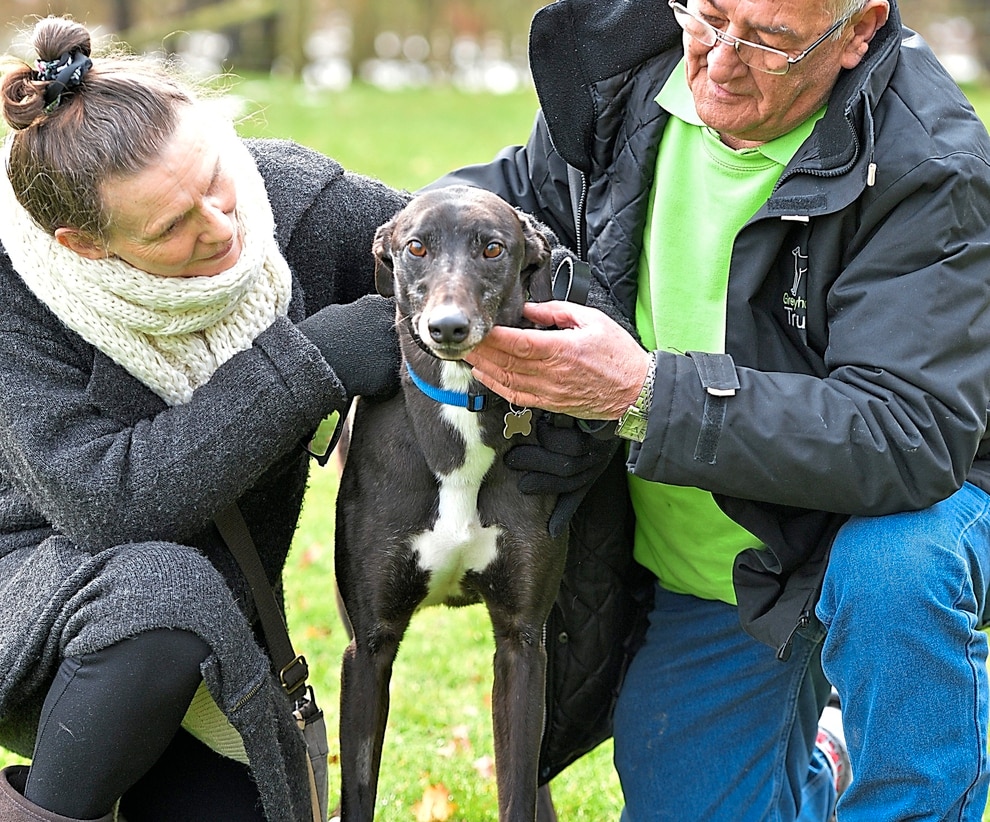 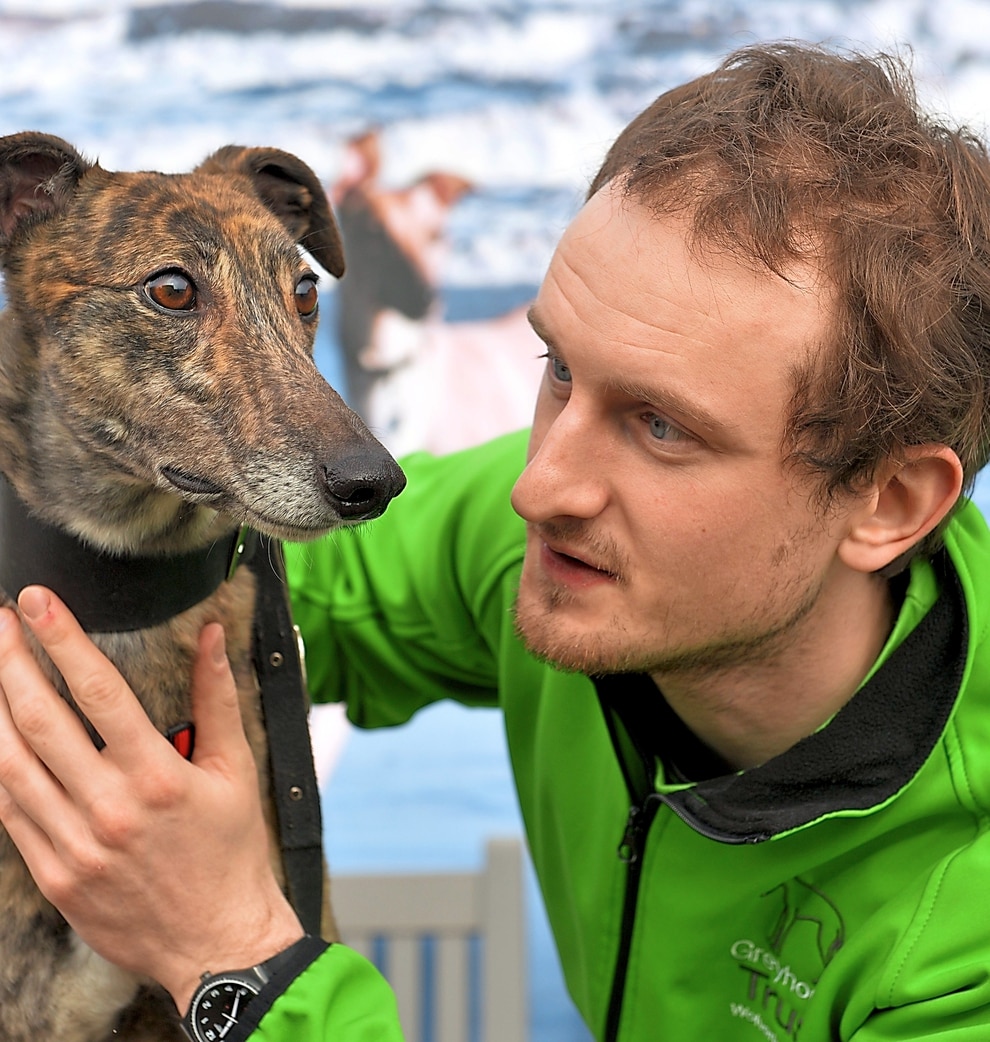 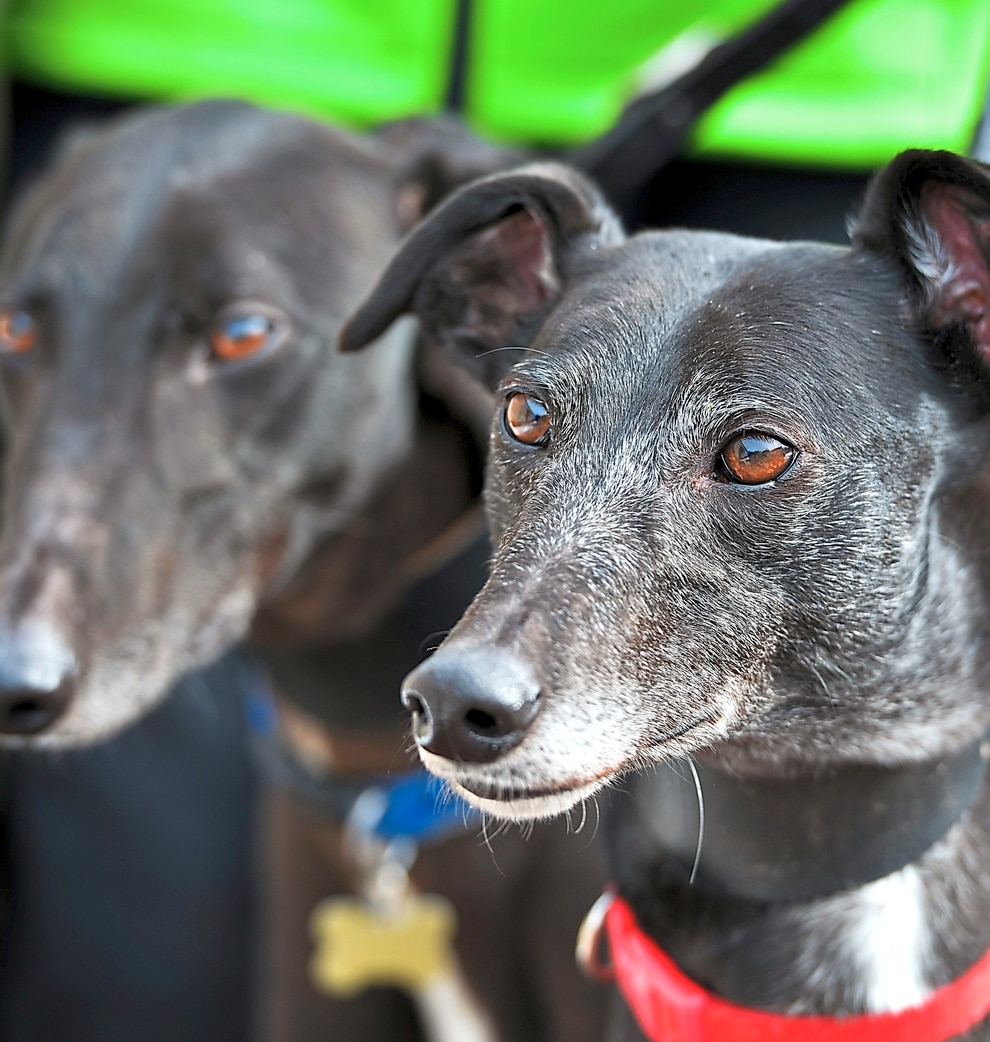 First used for hare coursing, they have been used for racing – a sport that still attracts tens of thousands of spectators around the UK – for more than 90 years.

A hound will start its career from the age of 15 months, racing until they are between the ages of three and five.

This means they are still relatively young dogs with a long life ahead of them – so what happens when a greyhound’s track days are over ?

At one time many would, sadly, has faced a bleak future but now thanks to the Greyhound Trust, founded in 1975, thousands are rehomed every year.

Last year, the Wolverhampton branch alone found new homes for 146 dogs who had been racing at the city’s Monmore Green Greyhound Stadium.

Thirty have already left the kennels since the start of the 2018 bringing the total since the group started in 2004 to 3,696.

On average between three and six dogs are passed on to the charity from trainers at the track each week.

Then it’s up to the dedicated team of four full-time kennel staff and 79 volunteers, who range in age from 13 to the mid-70s, to care for them until they can find them new homes.

For kennel team lead member Terry Graham, aged 73, there is no better pet than a greyhound due to their lovable nature. “Greyhounds make wonderful pets and companions. They are very affectionate dogs and have a very gentle side to their nature. Once they form a bond with the people around them, they are also very loyal and eager to please,” he tells Weekend.

One of the oldest breeds in history, greyhounds have been ‘man’s best friend’ for thousands of years. These noble dogs have been traced back more than 4,000 years to early cave drawings and are the only breed mentioned in the Bible.

They have also been owned by royalty including Prince Albert, whose beloved pet greyhound Eos was his constant companion for over ten years, accompanying him from Germany to England when he married Queen Victoria.

Their build including muscular thighs to power their running and strong tails to aid navigation on tight turns has made many adapt well to racing.

According to Terry, there are a few misconceptions about the breed with some people thinking they need a lot more exercise than they actually do.

“Two short daily walks of 15 to 20 is plenty to keep them happy and healthy but they will also happily walk for longer than too,” he says.

“They love to be out and about but once at home they love nothing more than to chill out and are often referred to as 40mph couch potatoes,” adds Terry.

The rehoming centre, one of 57 branches of the Greyhound Trust, will also receive younger dogs of around 18-months who have not taken to racing and will not chase the lure.

Each day the team will make sure the canine residents are fed, walked and taken for a run about in the paddock. Regular healthcare checks such as teeth cleaning as well as grooming also takes place.

They also begin to prepare the dogs for their new lives as pets.

“When a greyhound joins us, they are either spayed or neutered dependant on their sex straight away. We do introduce them to small dogs, take them to local parks to see other animals like squirrels and ducks and of course meet children and their parents.

“This allows us to build an understanding of their individual characteristics, together with their general nature from within the kennels, which is valuable information we can pass on when potential new owners visit,” explains Terry, who lives in Penn.

“Some can live happily with other pets, such as cats or even rabbits. Greyhounds are intelligent dogs and can be easy to train, learning new commands quite quickly.

“The sit command is not commonly used as most greyhounds don’t due to their body shape and prefer to lie and ball up on a comfortable bed,” he adds.

The charity raises awareness of its work as well as vital funds by attending events and shows such as Crufts. “We also think it’s good for people to see for themselves what great dogs greyhounds are,” says Terry.

Potential owners are also welcome to visit the kennels and take the greyhounds out for a walk. “Quite often they will not pick the dog, the dog will pick them. They will come back from their walk and say ‘this is the one’ or ‘they have really bonded’,” he adds.

Once a dog has been chosen and reserved, a home check will be carried out. Each new owner is given a walking collar and lead, a muzzle, a coat for the cooler weather, together with four weeks pet insurance cover. The charity asks for a donation of £150 which goes towards covering some of the costs involved in caring for the other greyhounds left at the kennels.

For Terry, it’s rewarding work. He says: “It’s nice when we see the greyhounds leave for their new homes. We get a lot of support from the public and our volunteers, which we are grateful for.”

l For further information about the Wolverhampton branch of the Greyhound Trust or to see some of the dogs looking for new homes go online to www.greyhoundtrustwolverhampton.co.uk 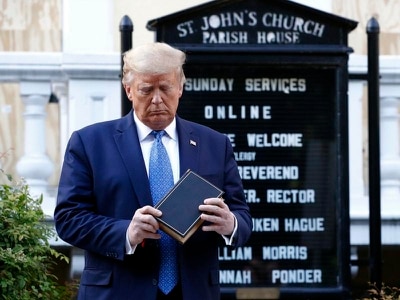