In 2002, Sir Matthew Bourne set out on a path to welcome people from all walks of life into the stunning world of dance, when he started his contemporary ballet company New Adventures.

And his achievement is never more apparent than at Birmingham Hippodrome this week as he presents his timeless fantasy, The Red Shoes.

The 1948 film of the same name, starring ballet star Moira Shearer in the leading role as Victoria Page, told the tale of a tragic heroine lured by a pair of red dance shoes who simply could not stop dancing once they were on.

Although the New Adventures version is extremely close to the original, naturally it has Bourne’s unique and extraordinarily distinctive style and modern, edgy stamp on it.

What Bourne does exceptionally well is to blend fairy tales and real life seamlessly together, so that the audience never loses a grasp on reality, but remains enchanted by the spectacle before them. 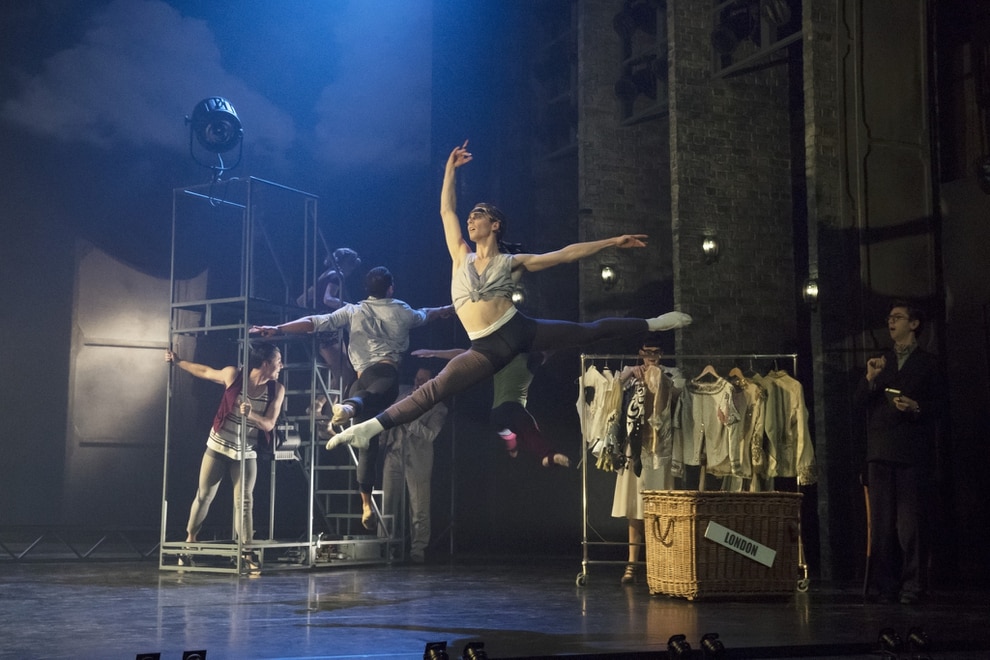 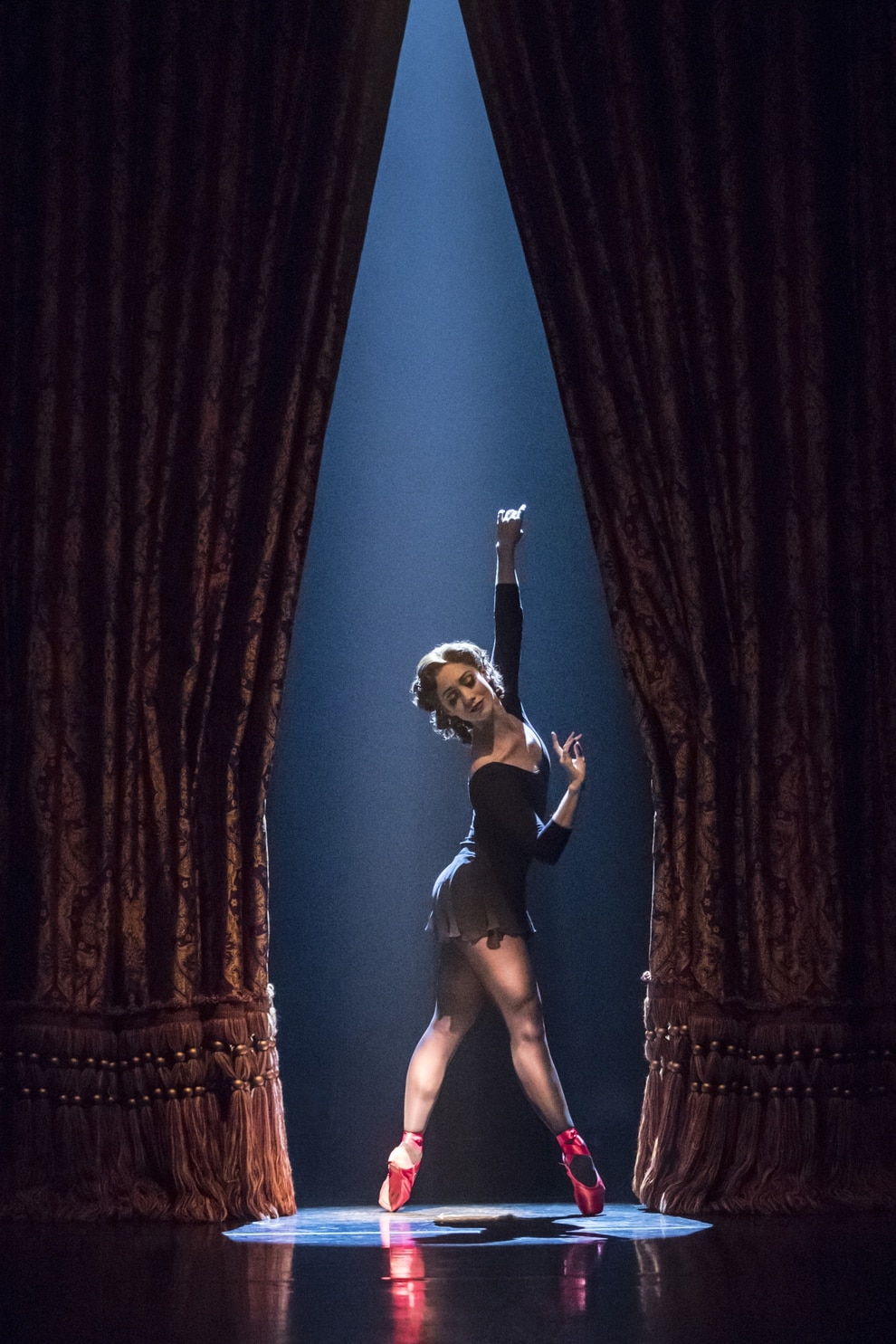 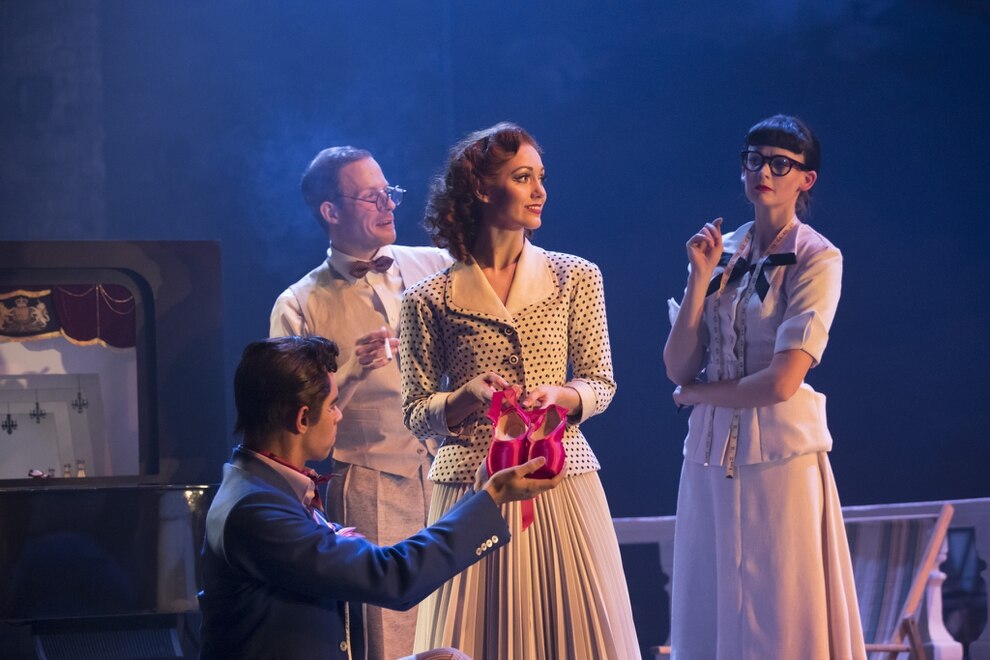 His ability to direct and choreograph his performers in this way puts him head and shoulders above his peers.

In this production, the mirrored image of a tragic love story and the ballet within the show creates the perfect scenario of love vs. the desire to dance, an experience many who pull on a pair of dance shoes experience.

The New Adventures company of extraordinarily talented young dancers interchange roles on a daily basis, which keeps the production fresh and different at every performance.

It therefore feels unfair to single any one performer out, as they work as the perfect team to provide the very best possible version of the piece each and every day.

That said, Ashley Shaw as Victoria can only be described as exquisite, poised and elegant, despite this extraordinarily demanding role, and although her ballet technique is of course of the highest calibre, her dramatic performance is equal.

Her ability to arouse emotion and anticipation is remarkable and so her performance was both compelling and captivating throughout.

Michela Meazza was perfectly cast as the Prima Ballerina, Irina Boronskaya, with an amusing, melodramatic portrayal of the ultimate Russian dancer, yet retaining idyllic movement and Liam Mower as the Premier Danseur, Ivan Boleslawsky was deliciously camp and theatrical.

Reece Causton as Boris Lermontov, the Ballet Impresario, was brooding and demanded the stage at every entrance, while Dominic North portrays Julian Kraster, Victoria’s love interest, with tenderness and drama and his solo performance at the piano in Act One is a highlight.

Comedy plays a huge part in Bourne’s ballets too, even in the most tragic of circumstances, but it’s subtle and refined.

Aside from the obvious yet slightly restrained ballet humour, particular highlights in Act Two included a hilarious sand dance and two has-been show girls complete with ciggies and faded feathers set in an East End Musical Hall, which oozed nostalgia and brought more than a smile or two.

New Adventures’ productions are always visually stunning with complex special lighting effects courtesy of Paule Constable and staging and The Red Shoes is no exception.

Eerie black back projections by Duncan McLean created a haunted feel in Concerto Macabre, yet in complete contrast, the beautiful beach scene set on the Ville France Sur-Mer is so authentic you can almost hear the sea in the distance.

Lez Brotherston’s highly technical scenery, complete with stunning, sumptuous drapes and authentic period costume designs, complete what must be surely be one of the most original, entertaining and though-provoking ballets I have ever seen.

Sir Matthew Bourne enjoys sitting in the audience at every opening night of his productions, and it was wonderful to see him just a couple of rows behind watching every movement.

The evening was complete when at the end of the show he came on stage for a question and answer session with the audience. No spoilers here, but suffice to say there is new work on the way which I know fans will be delighted by.

In conclusion, there are simply not enough words to describe this stunning piece of theatre, but it is totally unique, charming, enchanting, classy and of the highest eminence.

The Red Shoes is a must see for both seasoned ballet fans and for those who wish to dip a toe into the world of dance. Go head, you will be bewitched, bothered and bewildered.

'Getting the Netflix deal was a huge moment for me': Daniel Sloss talks ahead of Birmingham show

Multiple people killed in shooting at US brewing giant