It promises to be a soaraway success and the first audience at Theatre Severn’s production of Aladdin seemed to be very impressed. 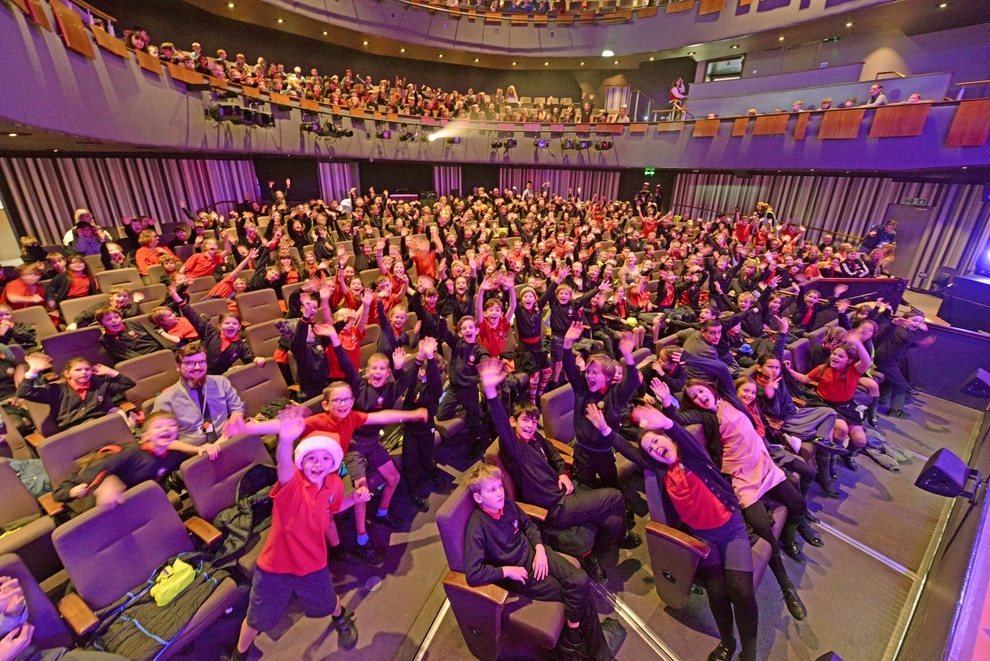 And the crowd went wild 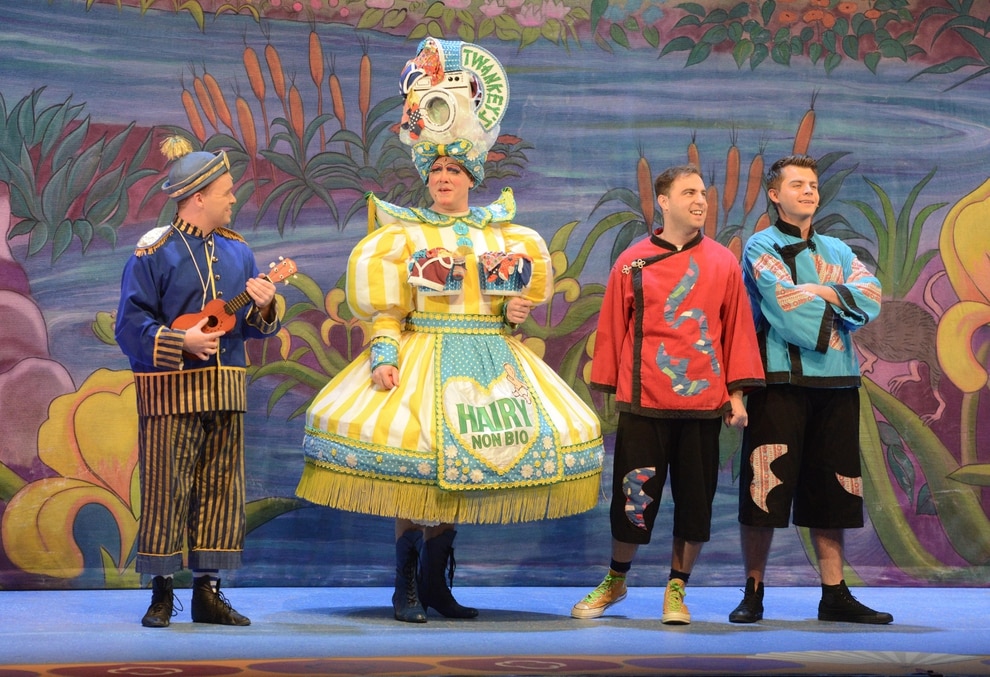 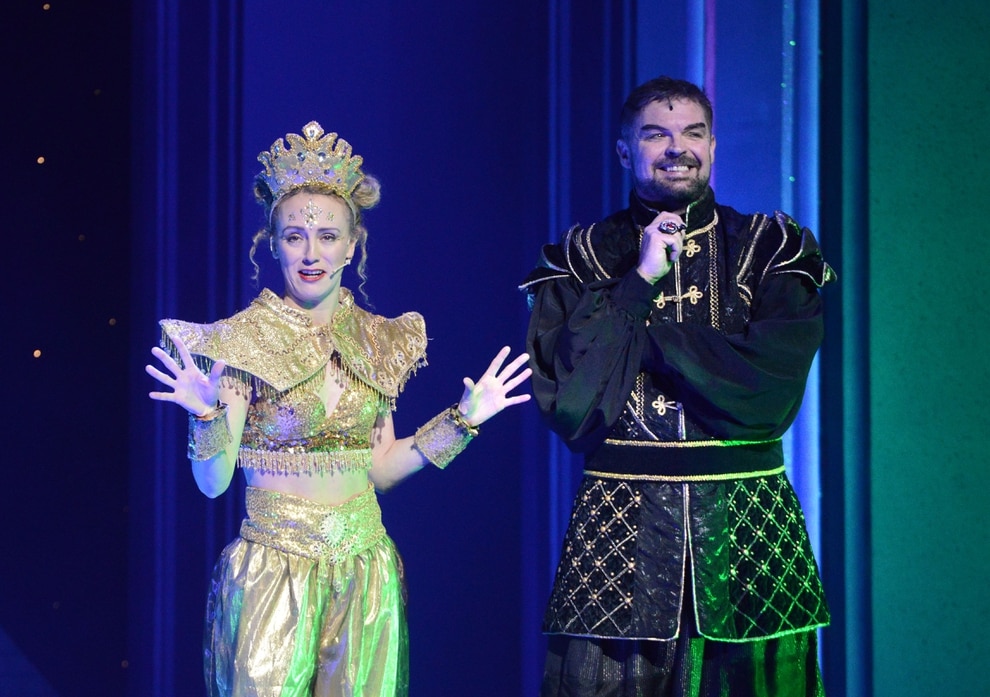 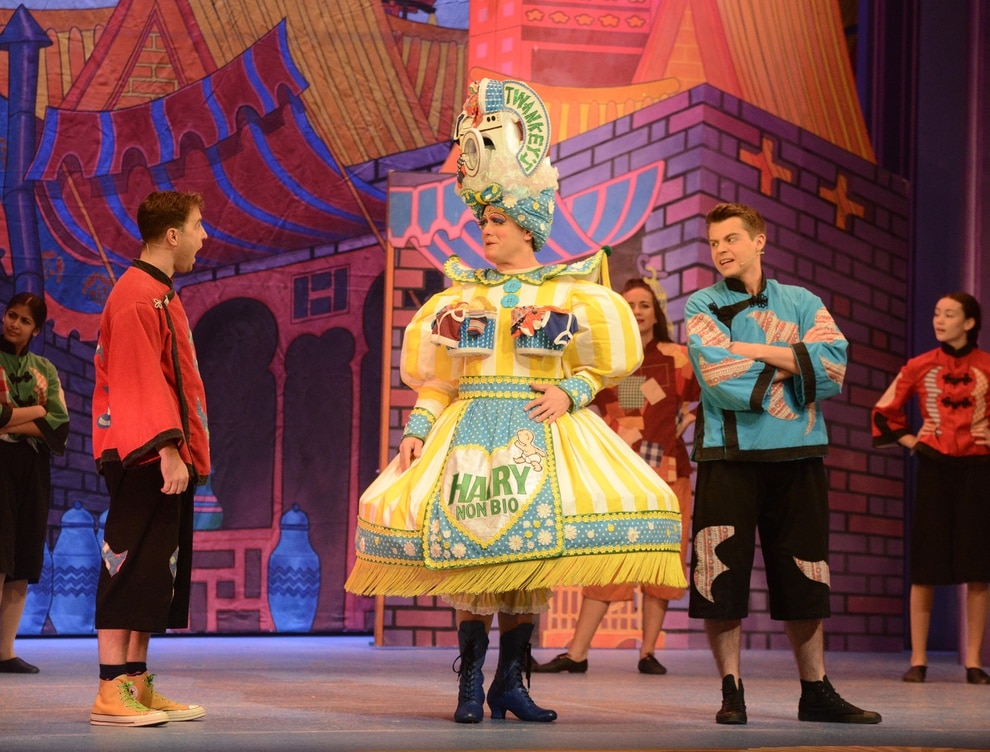 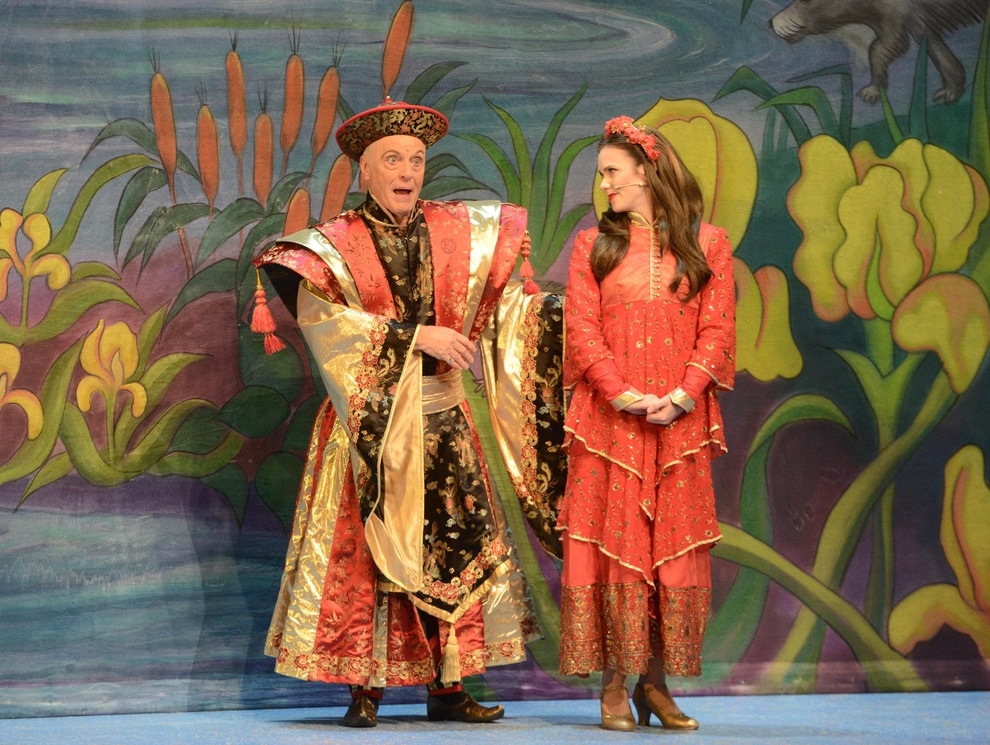 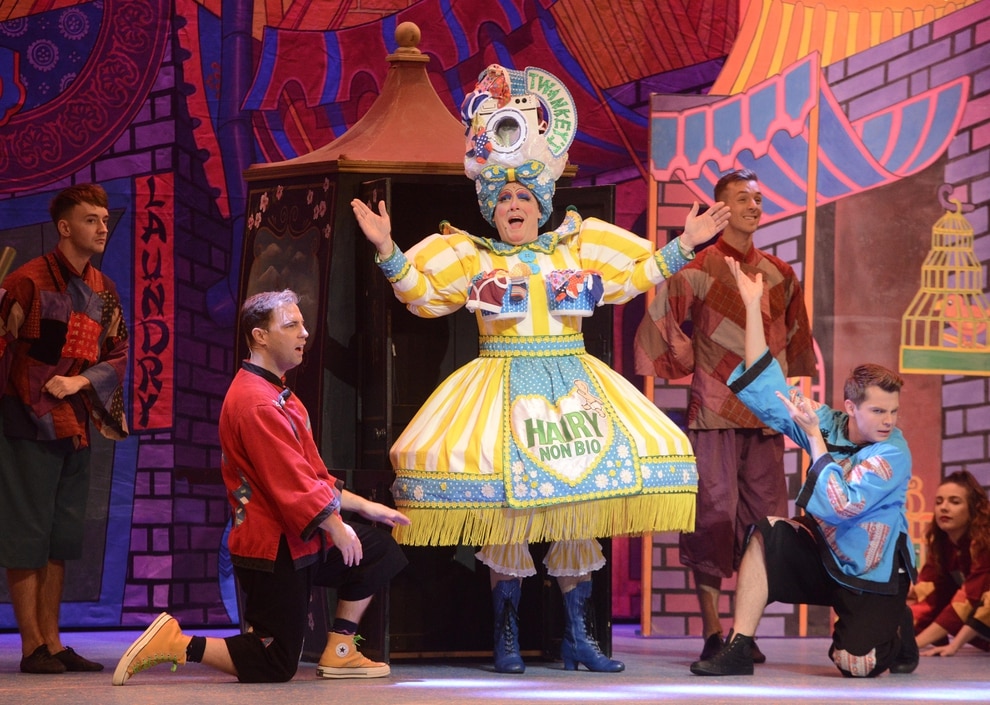 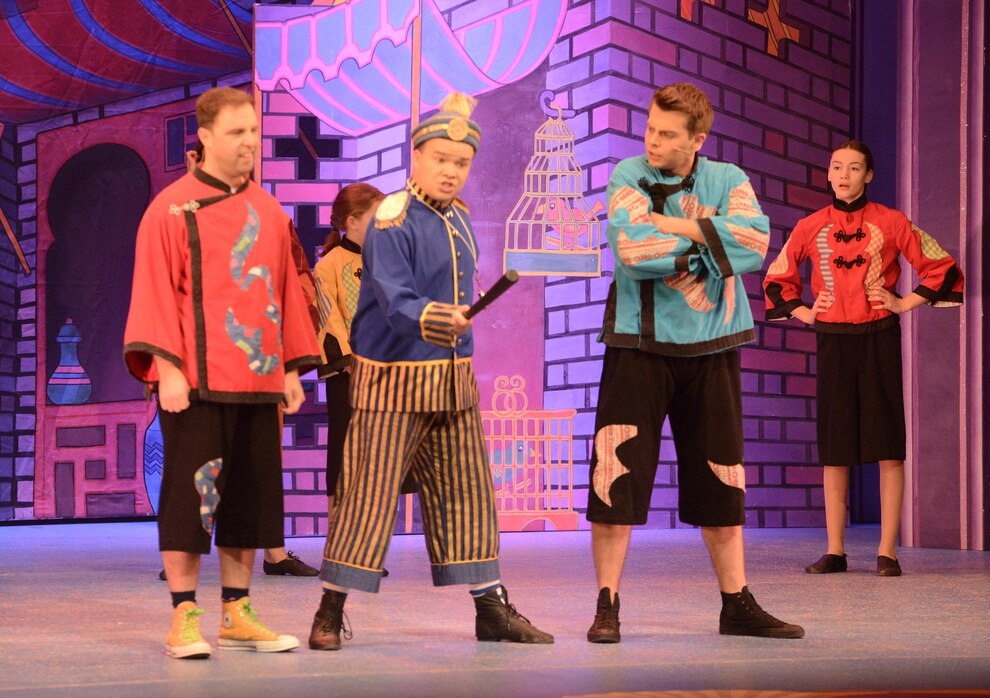 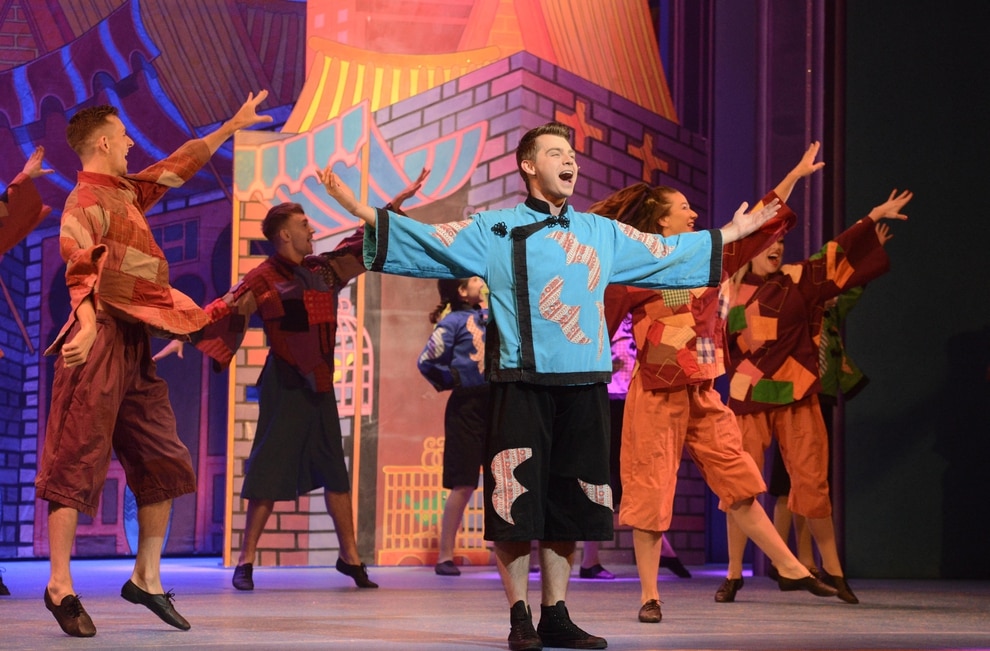 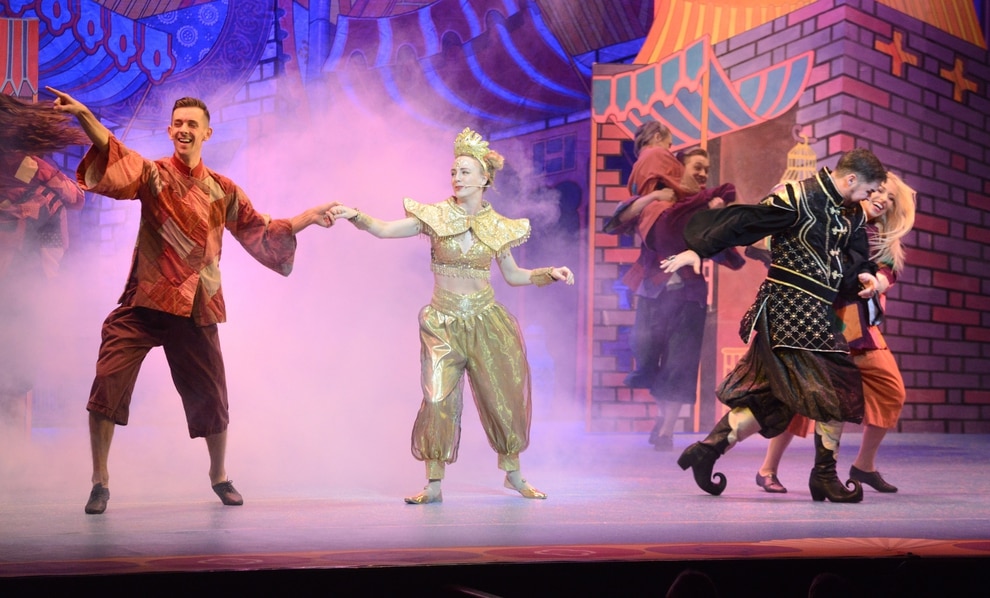 With seats for the six-week run all but sold out, the pantomime is carrying on its tradition of being a firm family favourite.

Brad Fitt is everyone’s favourite Dame as Widow Twankey and the panto stars Harry Winchester in the title role.

The show launched with a matinee to an audience dominated by schoolchildren and it seems that the 2019 pantomime at Theatre Severn will be a huge hit if audience reactions to the opening show are anything to go by.

Pupils from three Shropshire schools, St Georges; Bicton Primary and Tilstock Primary packed the auditorium for the 10am performance on Wednesday.

Excitement was reaching fever pitch and when the curtain rose there was wild cheering and clapping.

It was plain to see that the magic of Christmas had come early for some as they gazed with wide eyes at the stage as Brad Fitt as Widow Twankey greeted them in the opening seconds.

From the bandage-wrapped mummies, fireworks, fire eaters and lumbering elephants, as well as a Dame suspended from the roof and a flying carpet, they audience was taken on a magical ride.

Olivia Bengston-Gear, a year six teacher from St George's School in Shrewsbury said her pupils had been looking forward to coming to the pantomime for weeks. "It really is the start of Christmas for them," she said. "We have brought 360 children down here today and they all walked from school. They have been really excited about coming and this is the start of our festivities."

Pupil Bonnie Winyard, 10, wants to be an actress when she is older and appeared in a recent production of An Inspector Calls at the theatre. She said: "I really enjoyed the elephant and I liked the Dame the most because she was really funny. The singing was great as well as the dancing. It is a great way to get Christmas started."

Aidan Wheeler, 10 and in year 6 at St George's said: "It was amazing. All the graphics were great as well as the lights. I really liked the fire eating. I come to the panto every year and I am a really big fan. My favourite character was the Spirit of the Lamp because she was funny and she was a great character. The costumes are brilliant."

It was the Genie that was a favourite for Kayleigh Bennett, who is in year 6 at Tilstock Primary. She said: "It is a really good pantomime. The story is good and the fire eaters and fireworks have been really cool. I like the Dame but my favourite has been the Genie."

Alfie Cocker from Bicton Primary agreed that that pantomime was a 'fun'. The 10-year-old said: "I have really liked watching it and Aladdin is my favourite. It was really fun and the songs were great because they got the audience going."

Four-year-old Meadow Cowan had dressed up especially as Jasmine for the show. She was at the theatre with her mum Holly and dad Gavin from Shrewsbury. She said: "I really like the genies and Jasmine."

Holly added: "This is the first time we have been when all the schools have been here too and it really adds to the atmosphere. It is lovely to see them all so enjoying themselves."