The Wizard of Oz, Birmingham REP - review with pictures

There are many who believe that The Wizard of Oz is the greatest film ever made. It was certainly the most expensive, costing nearly $3 million when created in 1939.

It has had the biggest audiences. Though a disappointment after its launch, and losing that year’s best picture Oscar to Gone With The Wind, it did win six Oscars and because of the way in which television contracts worked those days it became a virtually a national institution being broadcast nearly every holiday.

Liam Steel’s production is not just a stage version of the film. It has been re-created in its own right with every element re-visited and thought through. 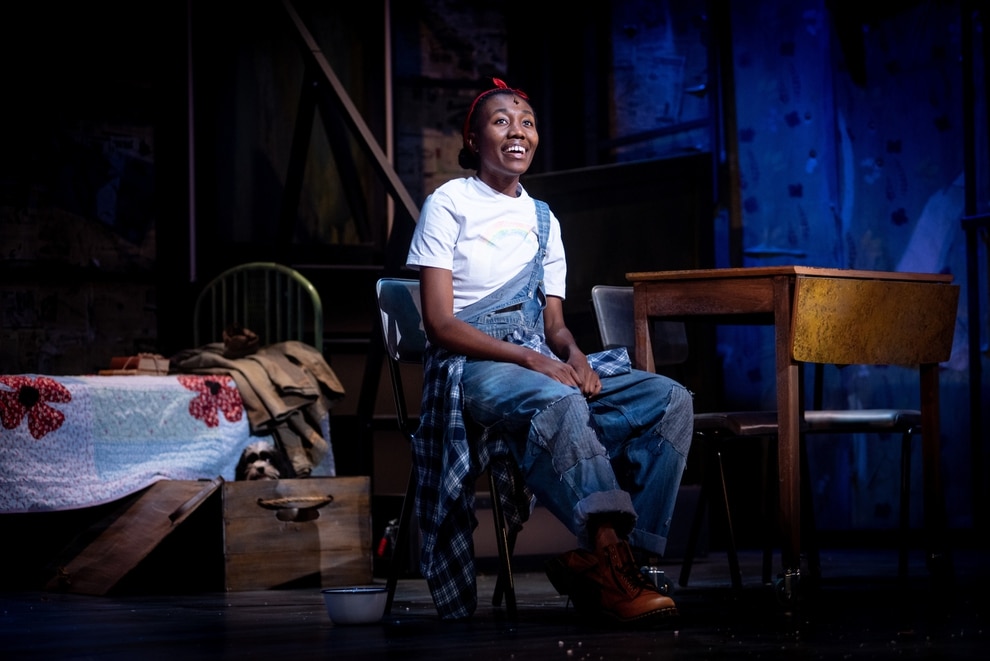 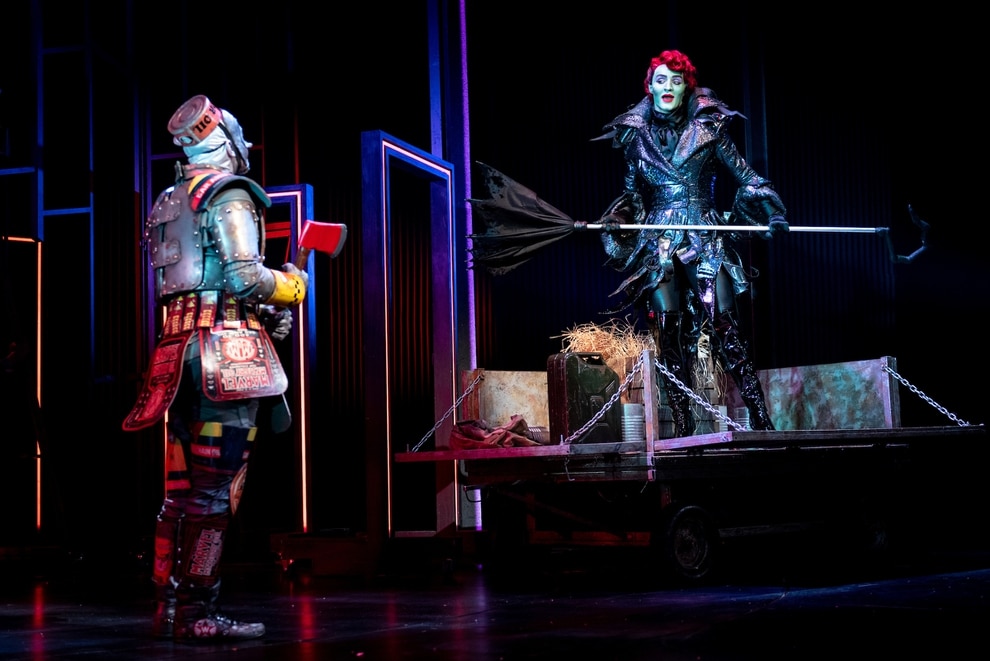 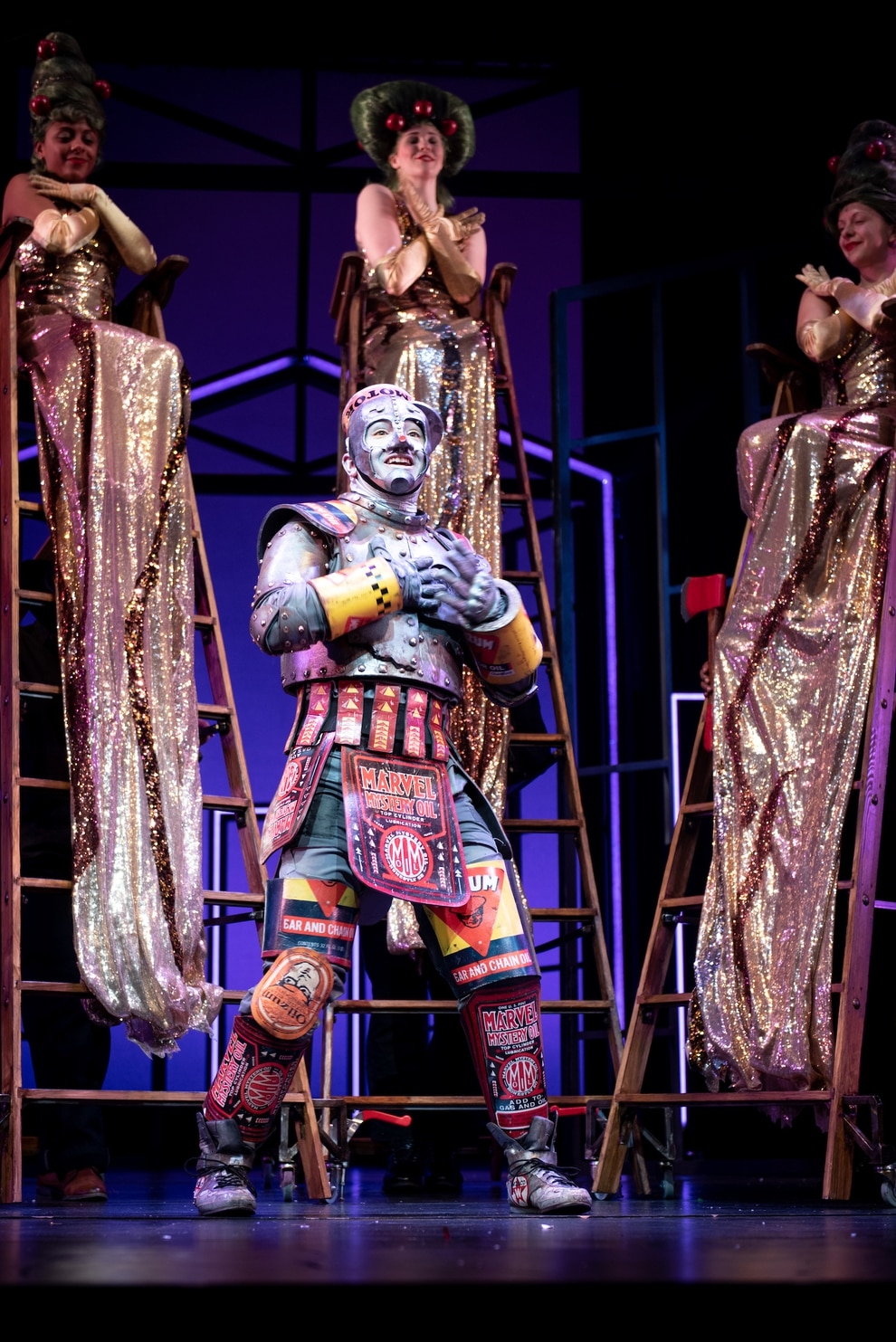 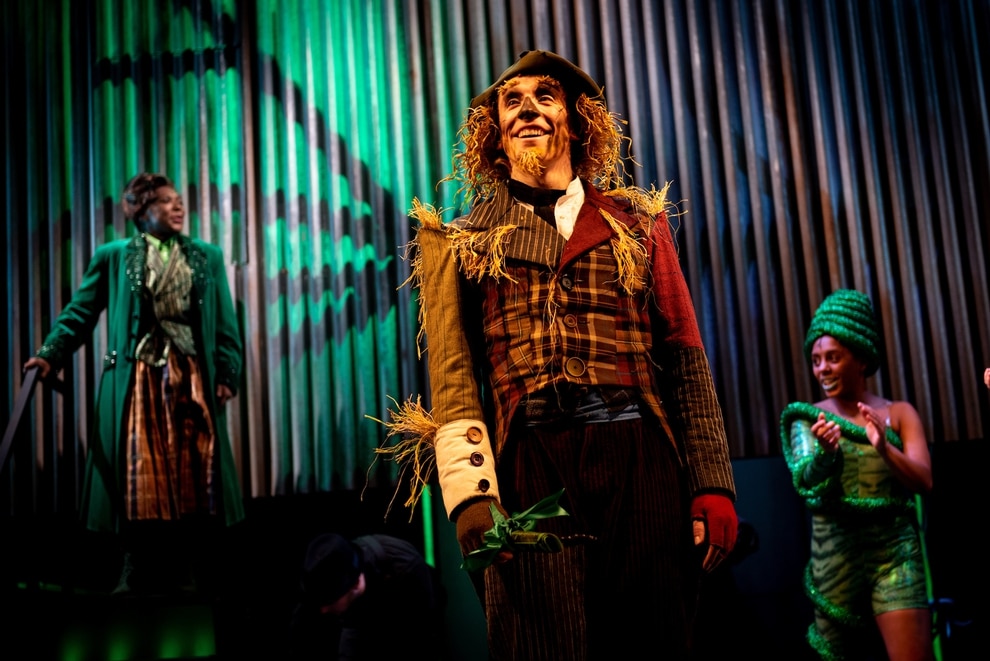 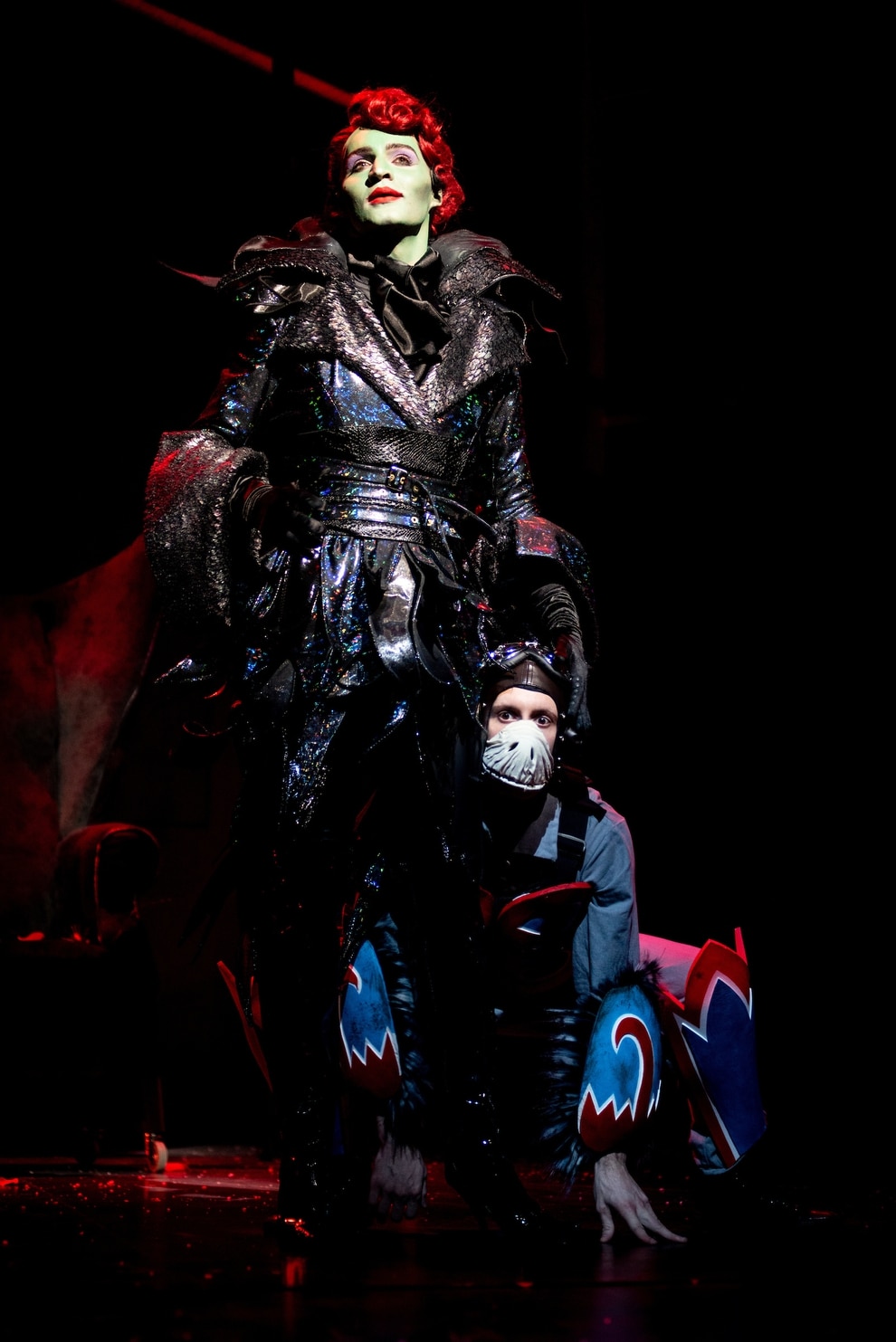 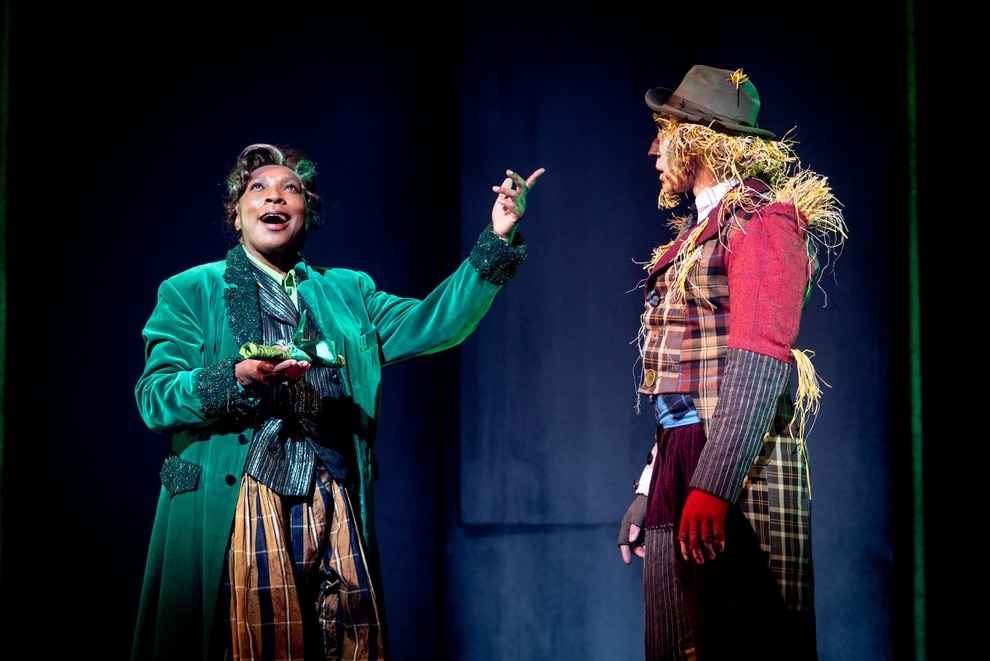 Lorna Laidlaw as The Wizard of Oz and Ed Wade as Scarecrow. Pictures by: Graeme Braidwood 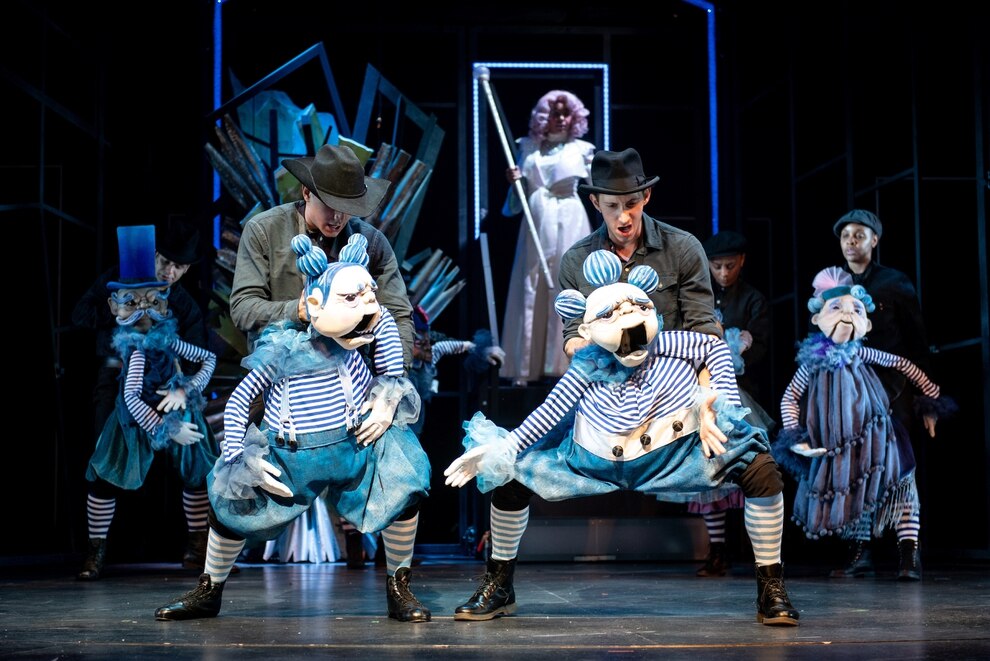 The Wizard of Oz munchkins. Pictures by: Graeme Braidwood

While the Tin Man and Scarecrow bear a resemblance to their screen counterparts, the Lion is now a lady, the Wicked Witch of the West is played by a man, and The Munchkins are cleverly portrayed using ingenious puppets.

Considering this is the REP’s family festive entertainment offering the opening sequence where the odious neighbour Miss Gulch produces official paperwork to claim possession of Toto, Dorothy’s dog which she claims has bitten her, does seem a little wordy and over-long.

That aside, this is a production with brilliant choreography, an excellent musical accompaniment provided by musical director George Dyer and very talented quintet of musicians and some splendid theatrical effects including some very scary super-sized spooks and a very much larger–than-life Wizard.

The costumes, too, are also impressive, as are the sets which though simple in design have a colourful and kaleidoscopic effect and with touches here and there which give an almost Retro-1940s feel.

There are some moral themes much evident in the musical: “Home is best,” self-reliance, the value of friendship and the triumph of good over evil are all seen as good objectives.

So when the tornado transports her over the Rainbow it’s only natural that Dorothy wants to help the Scarecrow get a brain, the Tin Man get a heart and the Lion get some courage.

To achieve all this takes a lot of talent and there is much on display.

Chisora Agor makes a feisty Dorothy, and delivers Over the Rainbow with considerable confidence.

Kelly Obowu starts off as a Lion scared of her own tail, but becomes supremely confident, Dillon Scott-Lewis becomes a brave Tin Man while Ed Wade is the Scarecrow who becomes an algebra spouting-genius.

Jos Vantyler oozes evil as the Wicked Witch of the West and Lorna Laidlaw impresses as the Wizard and the omniscient Professor Marvel. And not forgetting Rio, the little dog playing Toto, who draws Oohs and Aahs every time she comes on stage.

Overall, this is an excellent production with something for all the family and runs until 13th January.

Jerald Smith has been a music and drama critic for the Express & Star more than 43 years.