Is this the way to Tony’s tour? Tony Christie talks ahead of Wolverhampton Grand gig

He won’t need a £1,000-a-day tour bus or private jet when he plays Wolverhampton’s Grand Theatre tonight. Evergreen crooner Tony Christie will simply point his motor in the direction of the M54 after his show and drive the 18.8 miles back home to Lichfield. 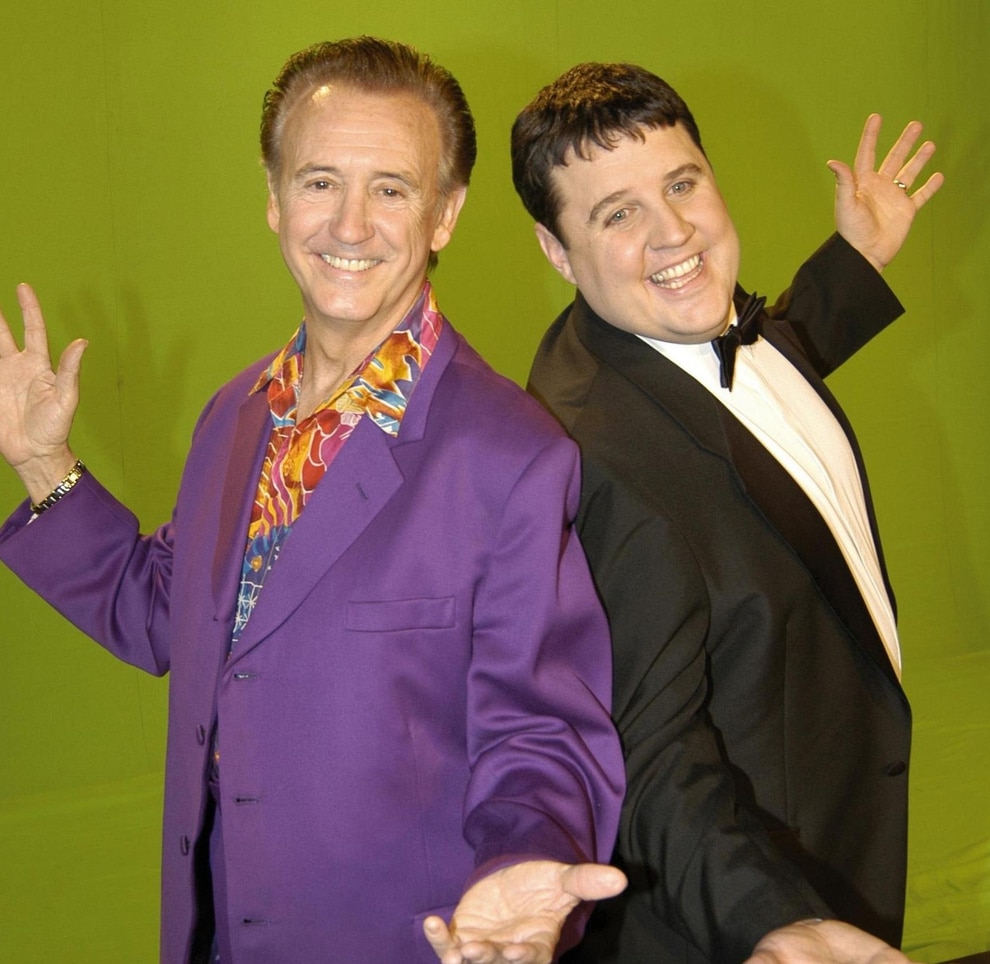 Number one – Tony with Peter Kay for Comic Relief

The man who waited 44 years for his first number one hit and then blitzed his way to the top of the charts with Peter Kay’s Comic Relief version of Is This The Way To Amarillo has a remarkable story.

From the working men’s clubs of Rotherham and Sheffield to the dizzy heights of the top 10 during his break-through year in 1971 and from 15 years in the wilderness out in Spain to a late career revival with a 2006 World Cup hit and a stunning 2008 album – featuring Arctic Monkeys, Human League and Richard Hawley, no less – Tony has seen and done it all.

He’s familiar with the Wolverhampton Grand, having recently featured in Ladies Day, a show about the things girls get up to when they hit the city’s racecourse. “We did about 17 shows, which was great fun. I didn’t have a lot to do. All the hard work was done by the ladies, they had a lot of lines to learn. I just turned up to do a few songs and provide a bit of scenery.”

His show in November will retrace the history of his career, from the early 1960s to the present. It may also trail some of his new work from a forthcoming record due out in January. The 75-year-old is famously young and avowedly low key. “I like to keep my hand in and keep gigging.”

His first gig was with a bunch of mates. Tony was 17 and was persuaded to perform by his uncle, a committee man at a working men’s club between Rotherham and Doncaster. “We did four songs and got paid £4 each. We were supporting Norman Collier, he was the star of the show. Lynne Perrie, who became Ivy Tilsley, on Coronation Street, was also on.”

Tony moved on to other clubs and sang with other bands. By 1966, he was recording for an American guy who rang him up and promised to make him a star. “This American phoned me up and said he’d got a good song that he wanted to record me. He sent me this song so I rewrote part of it and took my three mates – the band – down to Portman Place, in London, to record. The producer wanted to fatten out the sound and called a few guys in to help while we went out for a coffee. When we got back, it transpired the session musicians were Jimmy Page, who played in The Yardbirds and founded Led Zeppelin, and Billy Preston, who played keyboards with The Beatles and The Rolling Stones.”

From there, it grew and grew and Tony started to get radio play.

His big break finally came in 1971, 10 years after he’d begun. “I signed up with two big songwriters who did stuff with Cliff Richard and Gerry and the Pacemakers. I got a song called Las Vegas, which became my first hit. I went around the world, to Europe, Australia and New Zealand. It changed my life. I was surprised. I never expected to be a star. I didn’t have the ambition. I would have been happy just to be a singer in a big band. All my mates were into Elvis and rock’n’roll but Frank Sinatra was the master for me.”

Tony very nearly met his hero during the 1990s. Old Blue Eyes had the same German agent as Tony and a meeting was arranged before a Sinatra show in Hamburg. “He was just the best and my promoter arranged for me to meet him at an open air concert in Hamburg. The taxi got to within a mile of the venue but then there was a huge demonstration and all the roads were closed. “We had to walk the last mile to the venue and my wife was wearing high heels, so it took an age.

“By the time we got there, Frank was about to go on so we weren’t able to meet him. He died not long after, so I didn’t get to meet him.”

Tony’s story might not have been as remarkable as Frank’s – but it makes for compelling reading nonetheless.

In 1971, he was cock of the walk, with hits like Las Vegas, I Did What I Did For Maria and Is This The Way To Amarillo. He and his wife had just had their second baby and were struggling to pay the rent, even though he was in the top 10. He’d take work whenever it was offered – even if that involved flying out to Australia for 10 weeks.

The hits eventually dried up and he found himself living in Spain. It was as easy to commute around the world from southern Europe as it was from the UK – and besides, Tony was able to play golf in T-shirt and shorts while enjoying the sun.

“When we left the UK, I’d been living in Streetly. “I just decided to go and live in the sunshine. Then 15 years later, I got a phone call from Universal Records saying it wanted to do a best of and promote me on TV. I agreed and signed up for a tour.

“And then midway through that tour, I got a call from Comic Relief. Peter Kay was doing my song and they wanted me to be in the video. I had to wear one of Peter’s suits but it was too big because he was about four stone heavier than me. They had to put bulldog clips down the side of the jacket and I had to wear braces to stop the trousers falling down.”

Tony was back in the big time. His album went to number one, as did Peter Kay’s version of Amarillo. Suddenly, he was cool. Jarvis Cocker even wrote him a song. He decided to move back to Staffordshire.

“It was either that or go back to Spain. To be honest, I just wanted to be nearer to my kids, so we came back.”

Soon, Richard Hawley was on the telephone, offering to produce an album featuring Tony singing songs by Arctic Monkeys, Human League and more. “It was a cool project and people loved it. I was thrilled by the response.”

And though he’s halfway through his seventh decade, he remains as busy as he wants to be. “I’m very fortunate. I’ve spent all this time in showbusiness and I’m still recording and still touring. I never expected it to last.”

'The panto is a big family tradition': The cast of Shrewsbury panto Aladdin talk festive magic at Theatre Severn