Angus Deayton talks One Foot In The Grave, Have I Got News For You and Radio Active ahead of Telford show

He fell into performing by chance. Angus Deayton had been drifting through his years at New College, Oxford, wondering how he’d use his degree in modern languages when opportunity knocked. Angus Deayton as Victor Meldrew in One Foot in the Grave 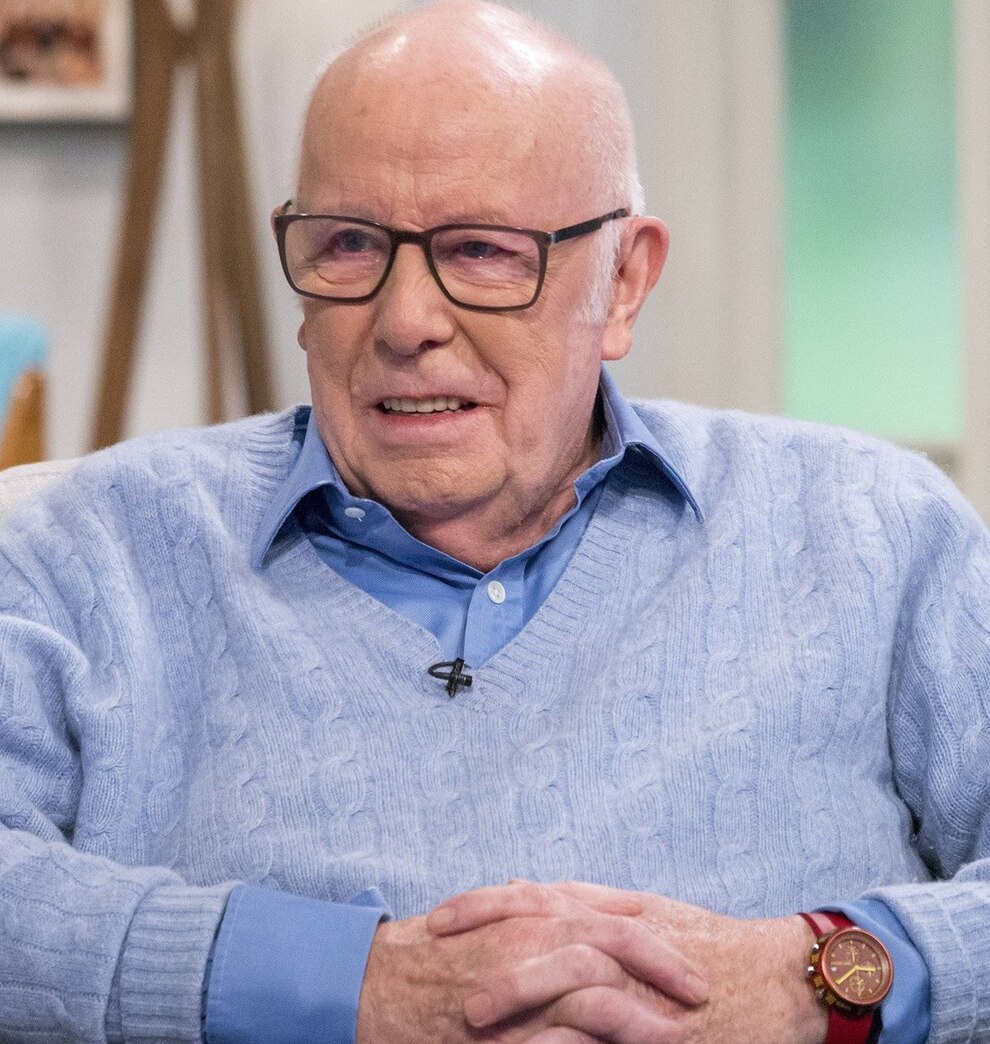 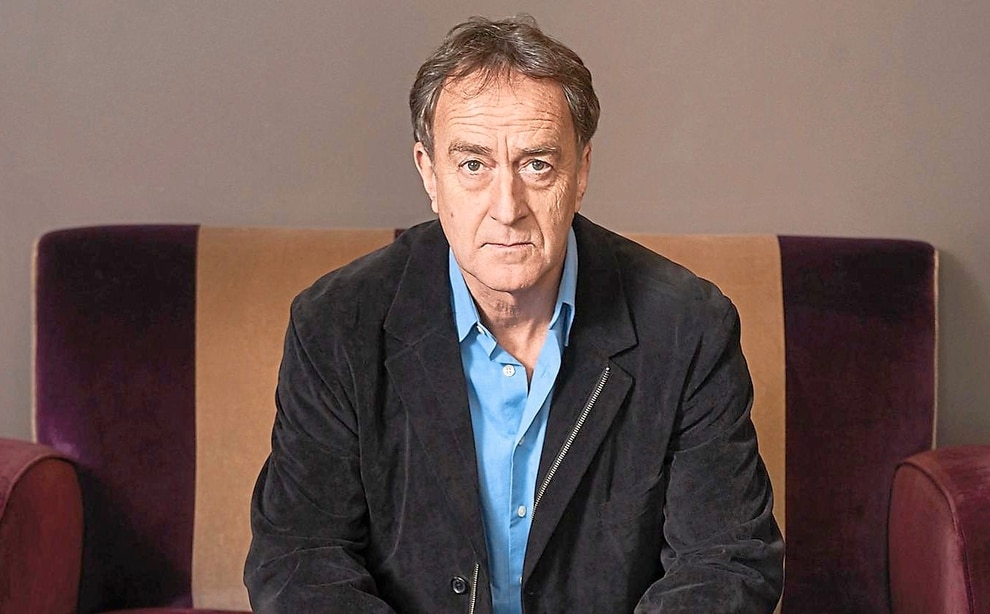 After returning from Paris, where he’d been teaching for a year, he found himself knocking around with a guy called Richard Curtis.

The screenwriter and producer who later created Four Weddings and a Funeral, Bridget Jones’s Diary, Love Actually, Blackadder, Mr Bean and The Vicar of Dibley – as well as creating Comic Relief with Sir Lenny Henry – was living in a flat with another budding thespian, Rowan Atkinson.

Deayton was drawn into their world, though initially had no plan to follow them into the performing arts. That all changed when Curtis asked him to join the Oxford Revue at the Edinburgh Festival.

“Someone had dropped out and Richard asked me to be in it. I said: ‘Yes, fine’. And that was it. I had no acting experience at all and it was a baptism of fire. I don’t think I’ve ever been so afraid in my life. That’s when it all kicked off.”

“Richard was Rowan’s right hand man and I sort of replaced him so that he could concentrate on writing, which turned out to be a good decision.”

His entry into the world of performance was a success and soon he was part of the parody band, the Hee Bee Gee Bees, performing silly songs written by Curtis. He formed Radio Active, a parody of British local radio stations, and broadcast it with his friends on Radio 4 between 1981 and 1987.

In between times he kept up his friendship with Rowan Atkinson, frequently playing the straight man to his friend’s leading role and starring in Mr Bean and Blackadder. He says: “I toured Australia and England and Broadway with Rowan for a number of years. I enjoyed helping Rowan make people laugh.When you’re on stage with Rowan there’s only one person who makes the audience laugh. But being a comic foil is an important role and that was the formative stage of my acting career. That’s where I learned to perform as an actor, by doing Rowan’s show. You’re working every day with someone who is one of the best comedy actors in the world and you can’t not learn.”

Radio Active, meanwhile, went from strength to strength. It poked fun at local radio presenters and became such a hit that it eventually transferred to TV, where it was broadcast as KYTV, from 1989 to 1993.

Deayton enjoyed the work and remained close to those who featured in it: Helen Atkinson Wood, Michael Fenton Stevens and Philip Pope. “We’ve stayed in touch and go on holiday together. I’m godparent to Philip’s child and live around the corner from Helen. We’re all very close.”

And so, perhaps it’s no surprise that the quartet have finally decided to make a comeback by taking Radio Active around the UK’s theatres. They’re presently on a short tour of the UK, finishing at Telford’s Oakengates Theatre on May 19, with a live version of their show.

“We worked it out the other day; we think it’s been 32 years. Bands are always reforming and going back on the road; they’re all doing it. So we thought it was our turn. It’s a zeitgeist thing.

“Radio Active was created as a satirical nod to local radio stations. And unfortunately, it seems local radio hasn’t changed much since then – so most of the jokes still work. The just is just the same, too; it’s the Bee Gees, Lionel Richie and Status Quo, just as it was in the 1980s.

“The show is a spoof on radio and it’s great to be working together again. It came about because I was back up at the Edinburgh Festival and spending time with a friend who was producing shows that are rather like this. The stage is set as a radio show. So we nicked the idea and so far so good,” he says. Deayton wrote the original Radio Active with the late Geoffrey Perkins, the former head of BBC Comedy, to whom the present tour is dedicated. Soon after, his career spiralled. He was cast as the neighbour of Victor Meldrew in One Foot In The Grave for 10 years and loved working alongside Richard Wilson and Annette Crosbie and more.

He recalls: “One Foot in the Grave was like playtime for me. I wasn’t anything to do with the writing. I was a hired hand. I got given scripts, I stood where they told me to stand, said the lines and if they were funny, great. I really enjoyed it. It was a really nice group of people. Richard is the godfather to my child and we are close friends. David Renwick was a brilliant writer. The scripts kind of just needed to be delivered in a normal straight way, you’d get the laughs because they were so well written.”

From there, he stopped playing characters and featured as himself in Have I Got News For You. He was the host for 12 years, working alongside Paul Merton and Ian Hislop, until a very public fall from grace when the News of the World suggested he had taken cocaine and had sex with prostitutes. Though they ended unexpectedly, he enjoyed creating Have I Got News….

“It was hard work and very pressurised. We’d be working from Monday lunchtime until Thursday night, pretty much every hour of the day. There was such a huge volume of material to write and edit or rewrite. So I was working flat out to get the scripts done with a guy called Harry Thompson, the original producer. He and I wrote the first series alone and it was way too much for two people. We were writing 500-600 jokes per show and throwing away three jokes for every one that worked.”

“There was a massive amount of over-recording. Have I Got News recorded 90 minutes for a 28-minute slot, we set the benchmark for other shows.”

And then it came to an abrupt end. He was hounded out by the press who holidayed in his misery after his News of the World expose. His experience helped him through it and soon his renaissance began. He presented Would I Lie To You?, did the BBC Comedy Awards, starred in Waterloo Road and hosted Hell’s Kitchen.

“Hell‘s Kitchen was the most pressurised thing I’d ever done. With Hell’s Kitchen, you were basically doing a daily show and a live daily show too. It was intense.”

He enjoys the variety that his career has brought him. It keeps things interesting. Mixing straight acting with satire gives him the chance to use different muscles. “I always enjoy whatever I’m not doing. If I’m in a TV studio, I long for a stage. If I’m in the middle of a muddy field in an uncomfortable wig, I think it would be nice to be presenting.

“It’s nice having the variety and being able to chop and change. I think probably the most rewarding is when you’re writing your own material, recording it and getting a response from the audience – that’s the most rewarding.”

And that’s precisely what Radio Active gives him.

“There’s something special about being able to perform live. The audience will tell you whether it’s any good or not.”

Thankfully, on the Radio Active tour, audiences have been purring with delight.