It started as three sets of fairy lights around the front window more than two decades ago, and has now turned into an illuminative spectacle which that has raised more than £32,000 for local causes. 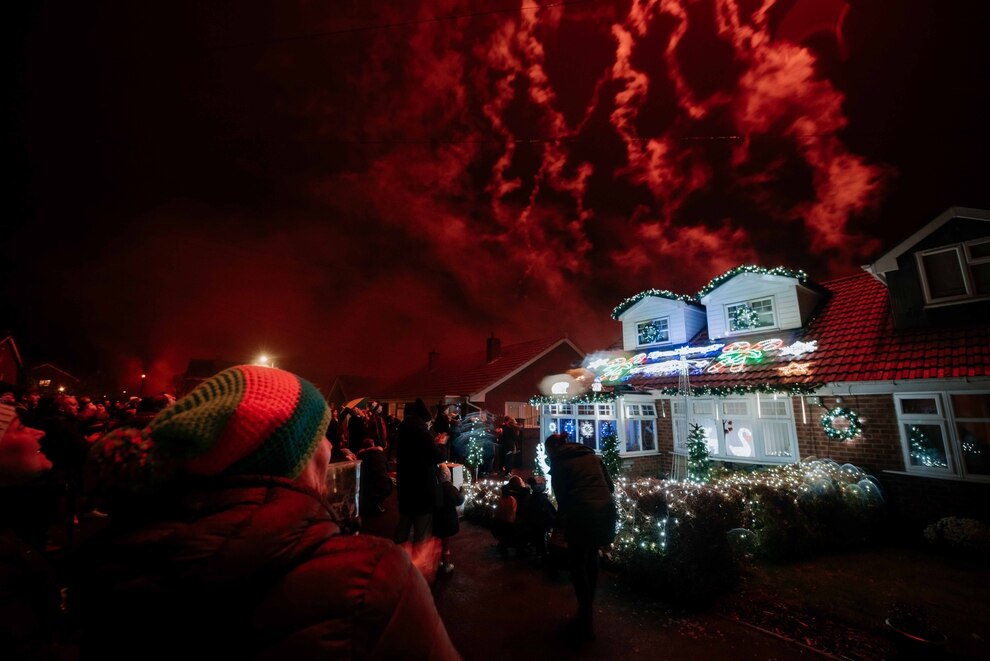 Dozens of families gathered for the annual fundraising switch-on and fireworks that lit up the sky in Collins Close, Broseley 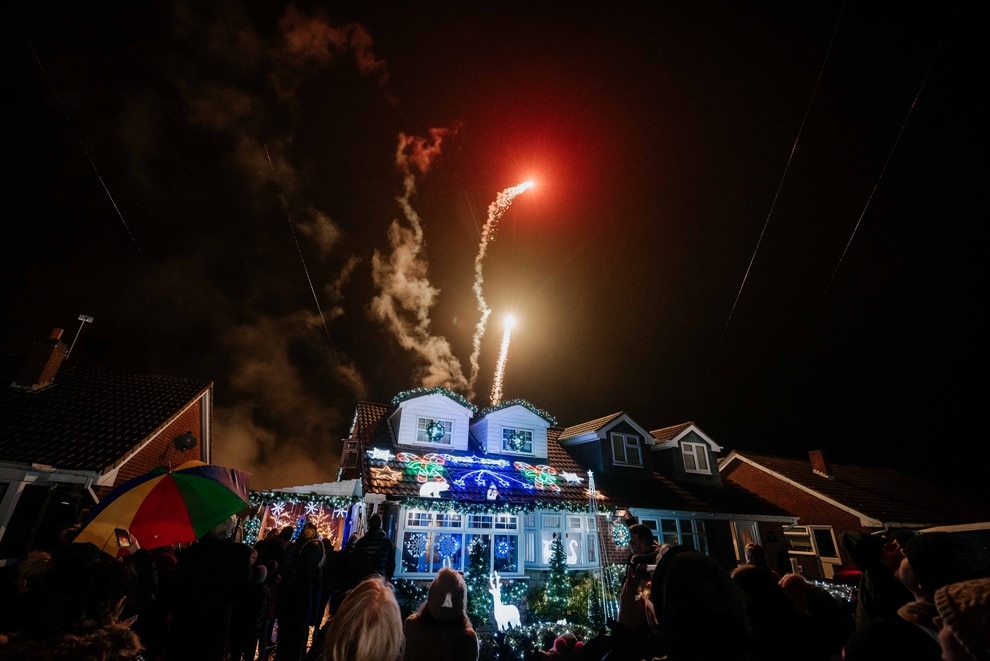 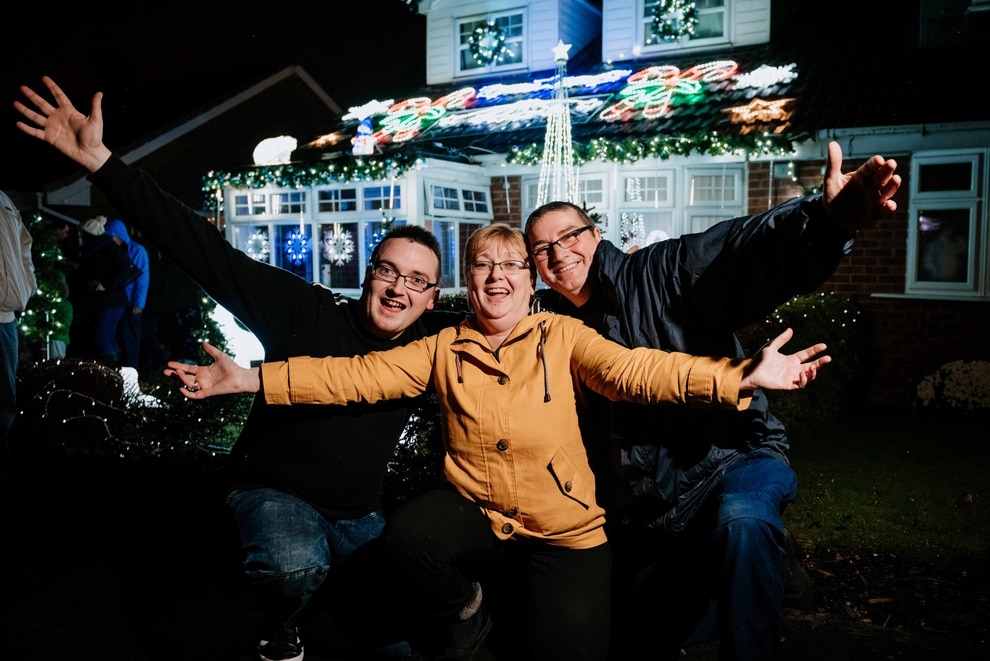 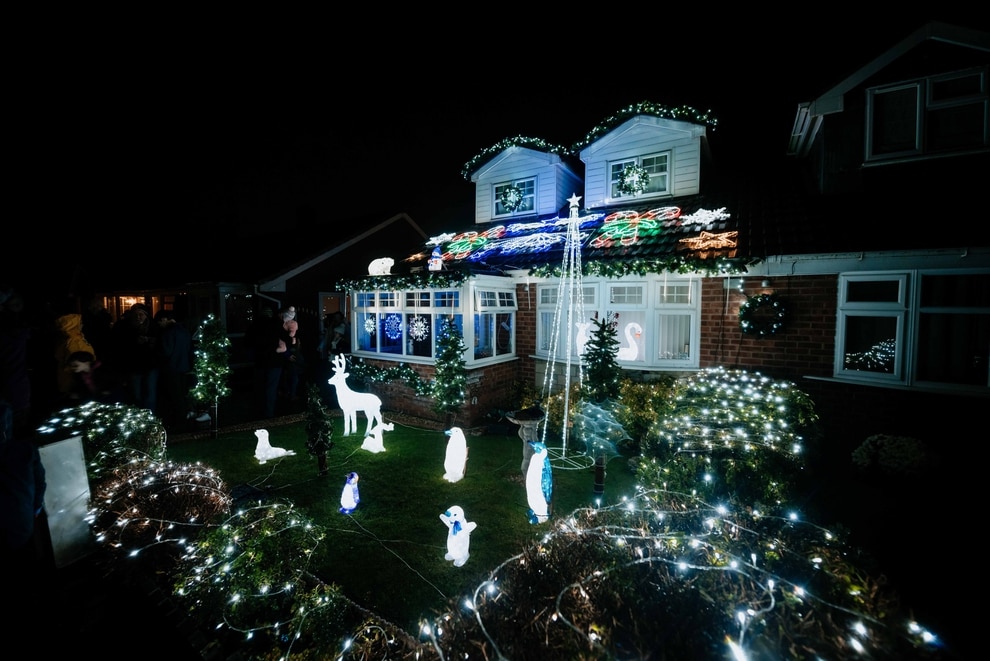 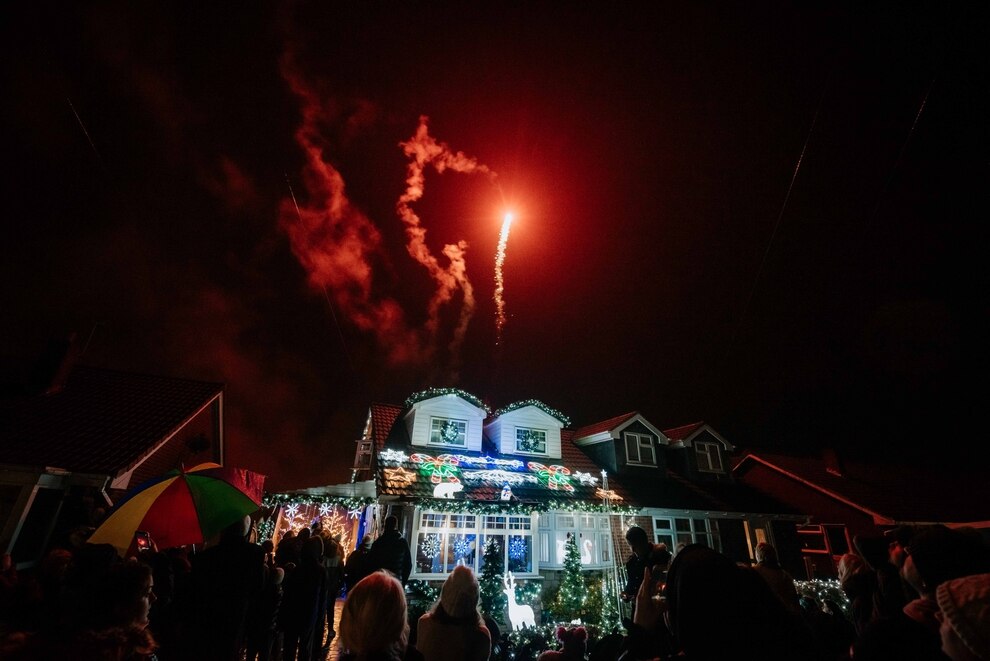 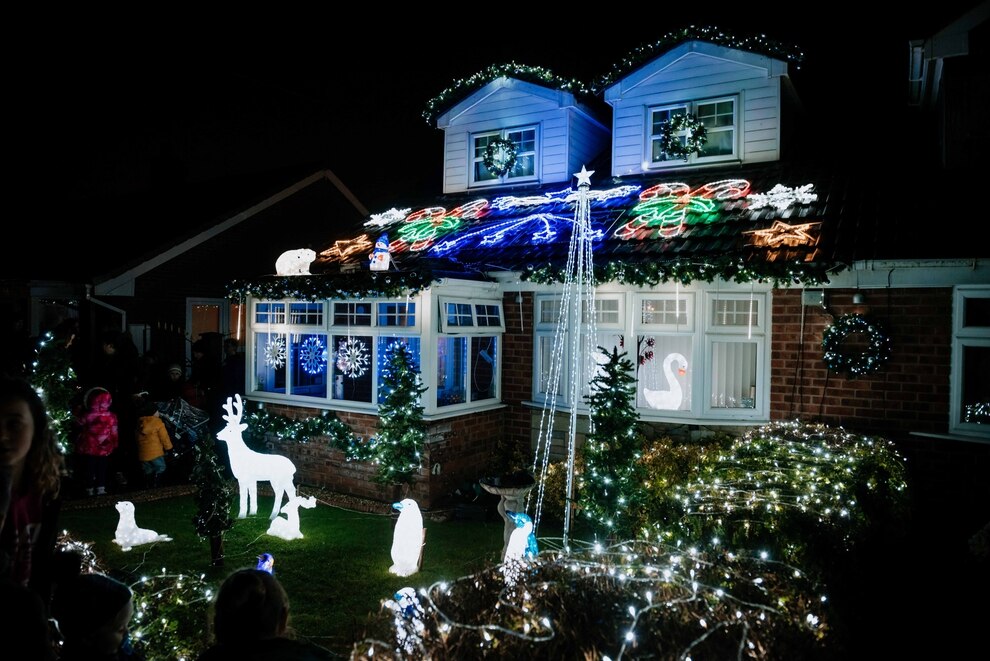 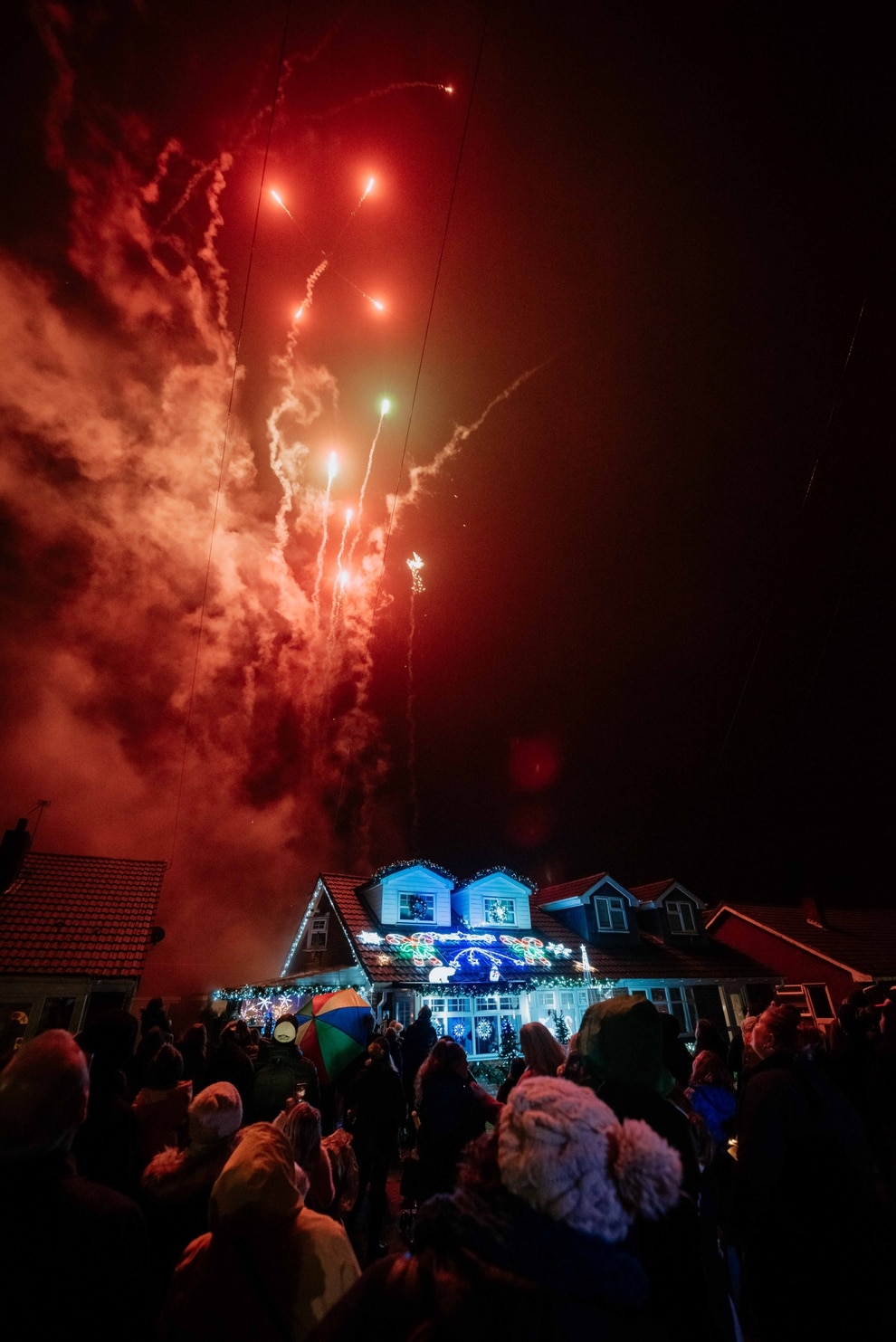 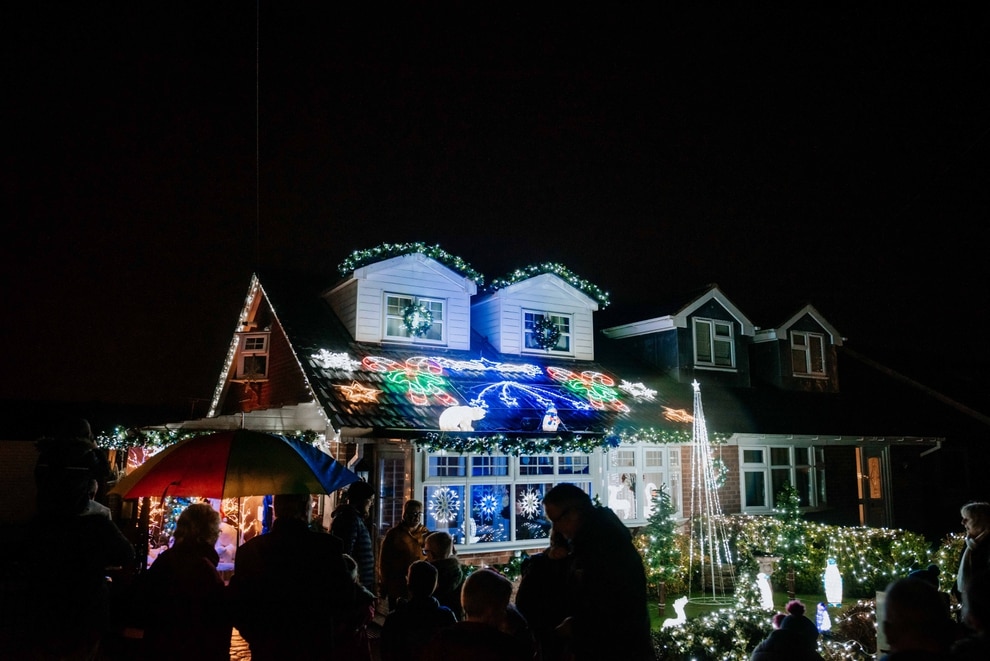 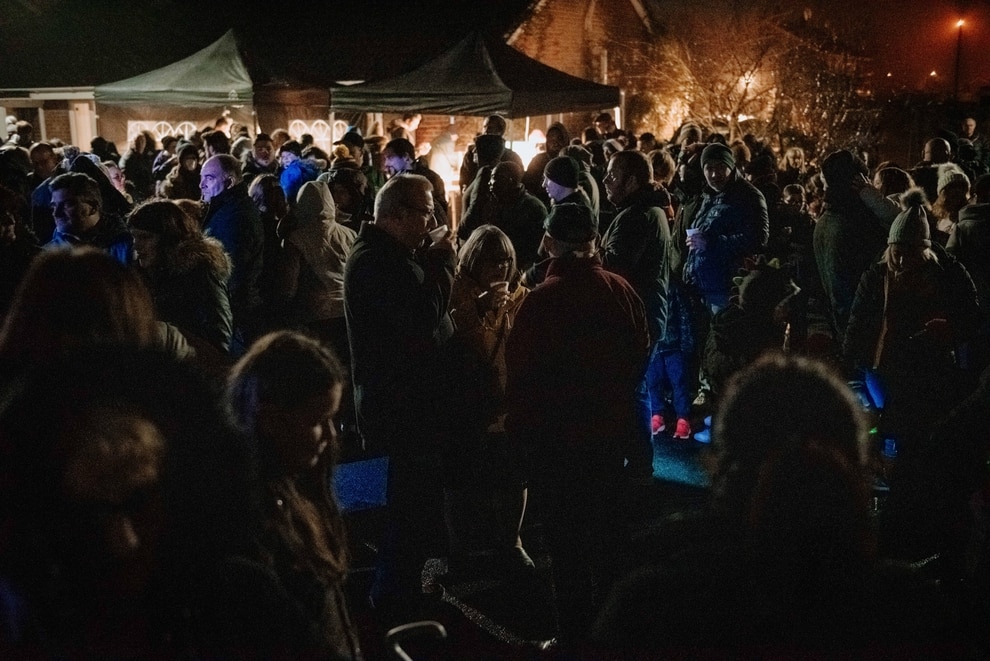 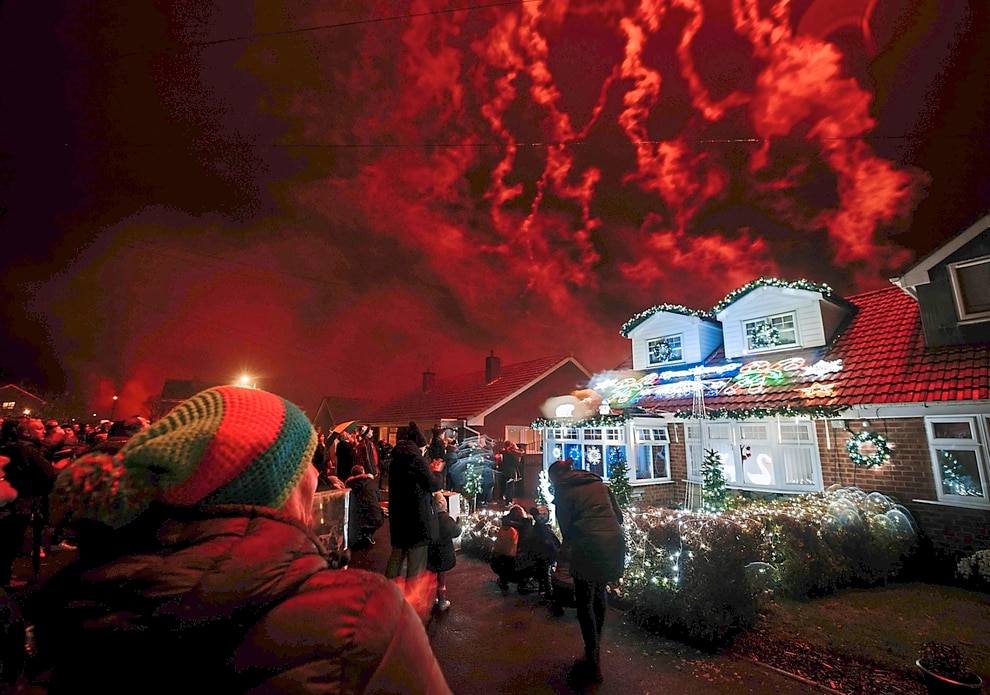 The Christmas lights at No. 8 Collins Close in Broseley proved a success once again as dozens of families gathered for the annual switch-on and fireworks that light up the sky.

Debbie, Wilf and their son Daniel have been organising the event at their home for the last 22 years – and have seen it grow year on year.

Snowy creatures lit up the gardens before a low-noise firework display proved a treat for generations of families that attended on Saturday night.

Following the event, organisers thanked those that braved the rain.

The event Facebook page posted on Facebook: “Thank you to everyone who joined us and donated to our chosen causes.

“A special thank you to our two little helpers who switched on this year’s lights and to everyone who helped on all of the stalls, raffle, tombola and tidying up. It’s officially Christmas in Collins Close.”

Wilf Glaze said: “Every year I say it is going to be my last year but we have so many people asking us about our Christmas lights we carry on doing them for everyone.

“It’s hard to believe that children who we used to see visiting our display 20 years ago are now bringing their own children along.”

“It takes my son Dan and I about four weekends to put our display up which is a lot quicker than it used to be many years ago now we have been doing it for so long.”

Two-year-old Broseley boy Arlo Watson, who was chosen as the face of Birmingham Hospital’s £2 million Critical Journeys Appeal, was set to switch on the lights but was unable to attend.

Instead the responsibility was left to Reuben and Rowan Watson.

The lights will continue to illuminate the street every night until January 1, 2020.

A collection box outside the address will also continue to raise funds for the chosen causes.