After their school trip to sing in Birmingham was postponed, a school singing group took matters into their own hands to put on a show back home.

Pupils at St. Lawrence Church of England Primary School in Church Stretton had planned to visit Symphony Hall on Monday to take part in the nationwide show, the Big Sing.

The school was only one of two chosen in Shropshire to take part, which the school said was a huge honour.

George Allen Brown, music teacher for the school as part of Shropshire Music Service, said it was disappointing not to be able to go but they had still enjoyed singing at their mini-show back at school.

"They have done a really lovely performance – it is something nice among the chaos," she said.

"West Midlands Music asked us to take part in the Big Sing which is a month of large-scale music celebration.

"There are 20 songs in the repertoire and they asked us to video our mini-show and send it to them so they can hold a virtual concert in place of the actual one.

"We were given one song that was ours to perform on the day and then there is one all the schools learn and sing called Peace, which is some sort of compilation."

She said the concert they held at the school was not quite as exciting as going to Symphony Hall would have been, but the students still enjoyed it.

"I was so excited to take them there and show them the hall. I had 25 kids that were meant to go along.

"It was called off on Friday. The children were devastated but we are hopeful it can be rescheduled.

"When everything has calmed down we are hoping to organise a trip to take them to see the Symphony Hall, hopefully that will be for a rescheduled concert, but we will try and take them if we can."

Music lovers headbanging in their hatchbacks at drive-in gig 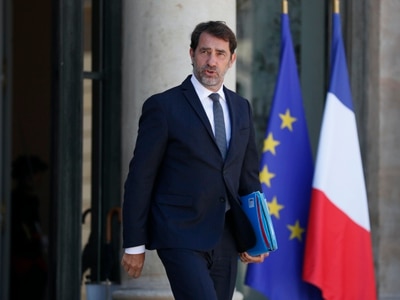