Opera often has a stuffy high-brow reputation but Daisy Evans’ gleefully comic updating of Don Pasquale is truly an opera for the people, including those who don’t necessarily like opera. 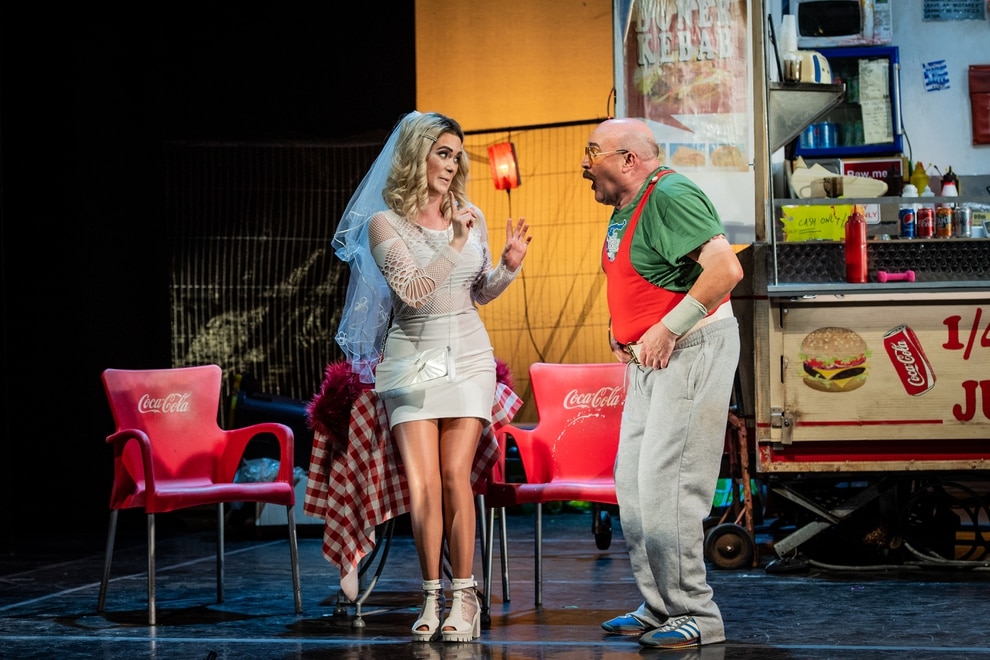 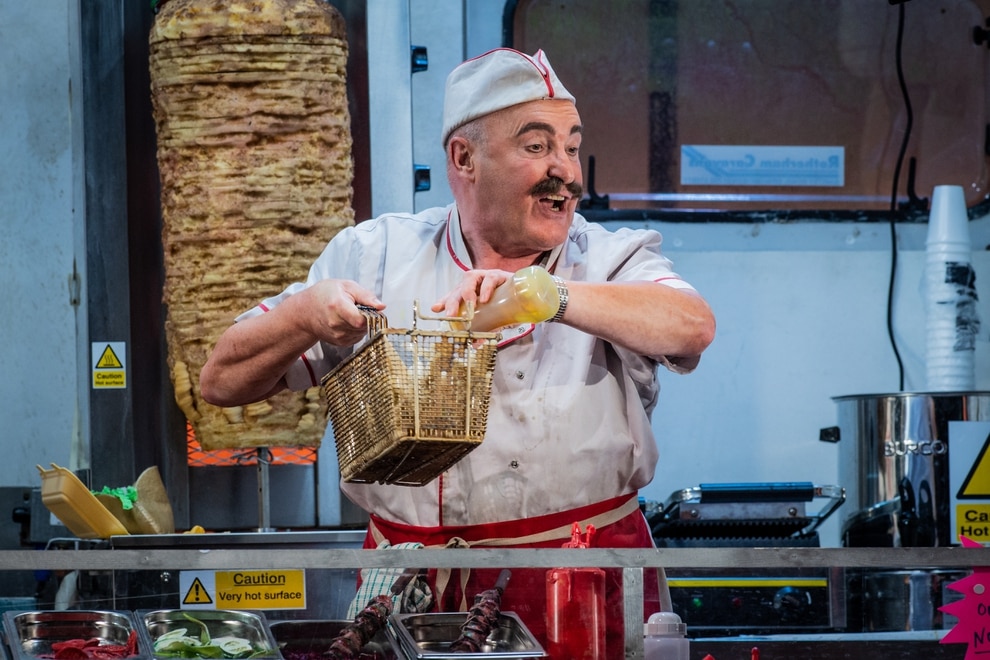 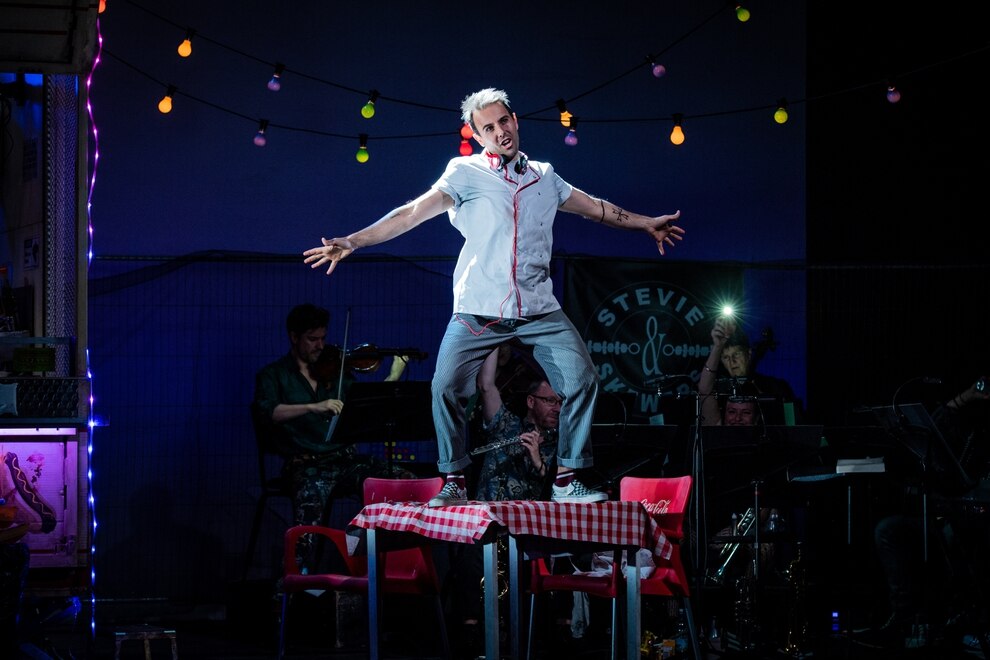 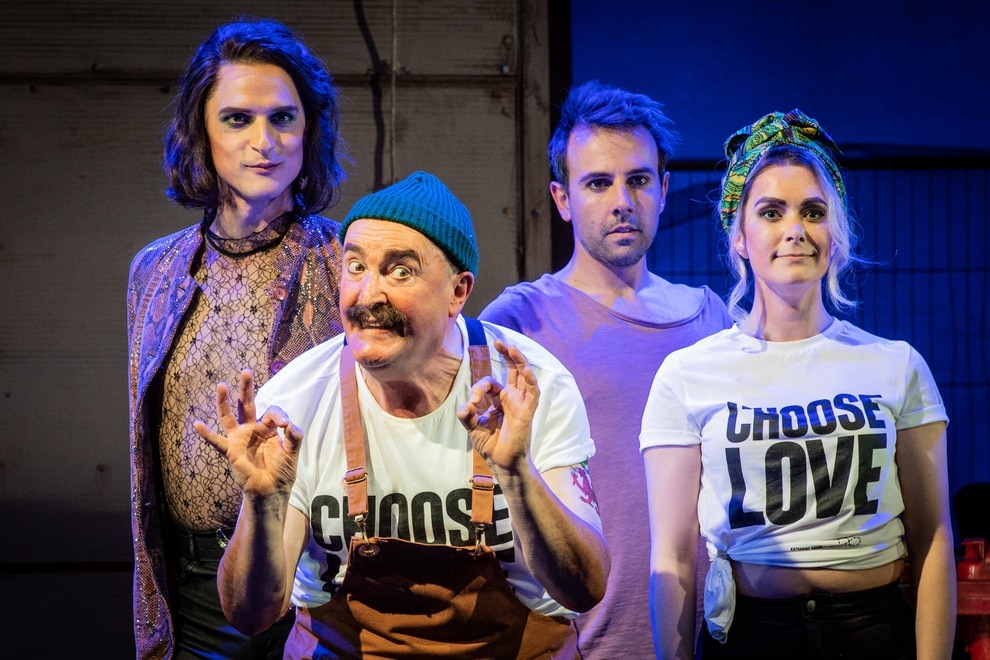 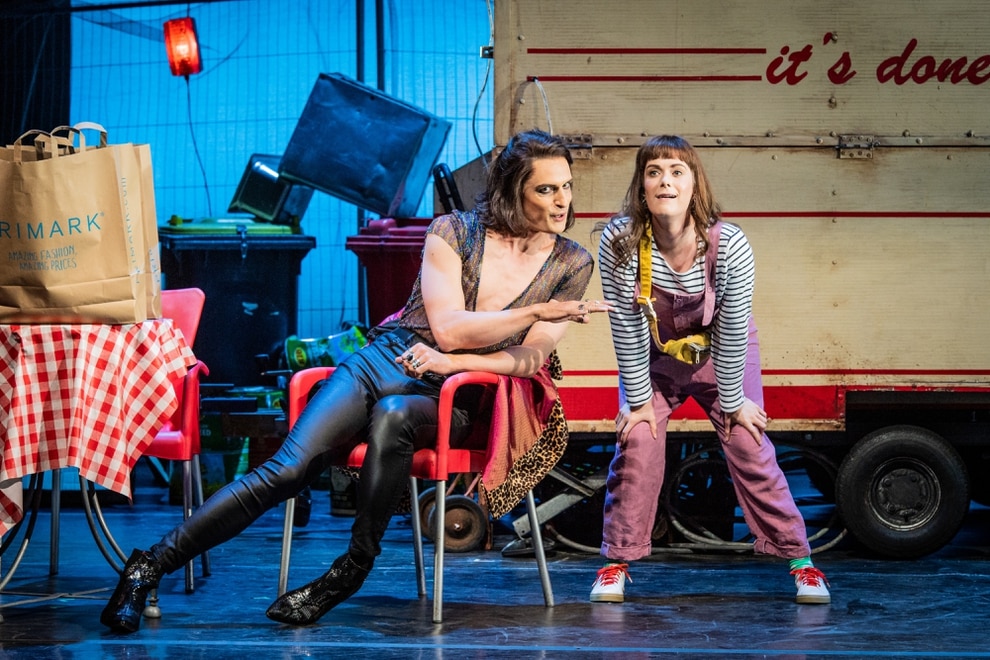 In this Welsh National Opera production she has moved Donizetti’s opera buffa from 19th century Rome to 21st century Cardiff and peppered the libretto with lots of ‘aaarlrite mate’ and ‘what's occurin’. Most importantly, the performances are ‘lush’ and the music is ‘tasty’.

An on-stage mini orchestra also take on the roles of chorus and various extras as the action is centred on Pasquale’s kebab van, brilliantly created by designer Loren Elstein complete with rotating doner meat (which at one point is retrieved from a bin and given a wipe down with a mop).

Pasquale is a Greco-Walian misogynist with a low opinion of his wanna-be pop star nephew Ernesto, who is more bothered about perfecting his moonwalk than running the kebab van. So the portly Pasquale flexes his muscles (including Welsh dragon and Greek flag tattooed bicep) and decides to woo a wife.

Enter his louche pal Malatesta, a snake-hipped Russell Brand type, who hatches a plot with Ernesto’s eco-warrior girlfriend Norina to trick Pasquale into welcoming back Ernesto from exile in Swansea.

Once Norina has transformed herself with a fake bosom and, ahem, an enhanced bottom, Pasquale finds her irresistible. The plotters can unleash their plan to convert the greasy truck into a vegan van, serving kale smoothies and with a giant carrot replacing the roasting doner meat.

The core cast of four perform Donizetti’s vocal gymnastics with a twinkle in their eyes. It would have been tongue in cheek if that wasn’t impossible with such full-throated performances.

The ensemble of Andrew Shore as Pasquale, Nico Darmanin (Ernesto), Harriet Eyley (Norina) and Quirijn De Lang (Malatesta) all displayed excellent comic timing and got those South Wales colloquialisms spot on, like.

Maybe purists would not approve but, I’m not gonna lie to you, this Gavin and Stacey style makeover of Don Pasquale was an absolute treat.