“Some pieces of music will be forever linked with Christmas": Slade to reveal secret behind festive hit single in Shrewsbury show

Like them or loathe them, Christmas is a time for festive song.

Whether it is Slade, Shakin Stevens or something a little more classical, any trip to a shopping centre is inevitably accompanied by a festive soundtrack.

Now academics are looking into just why it is that some Christmas songs gain traction and return year after year, while others simply melt into the background.

Merry Xmas Everybody sold more than a million copies upon its first release in 1973. It has returned to the charts every year since and earned Slade a fortune in royalties.

In fact Slade have, since the early 1970s, spent an accumulated total of six years in the Top 75 charts.

The Black Country glam rockers will be part of a discussion being put on by university experts. But so will other genres of music, all with a common festive theme.

Those behind the exercise say they want to work out just what makes Christmas music Christmassy.

The lecture will be held on Thursday, led by Professor Darren Sproston.

He will be exploring the 'well-known, the obscure, the obvious and the ambiguous' in an effort to answer the question at University Centre Shrewsbury on December 6.

Professor Sproston is deputy dean of the Faculty of Arts and Humanities at the University of Chester, which has a presence in Shrewsbury.

He said: “What makes Christmas music Christmassy is a thought-provoking subject and one that should make for an interesting afternoon.

“There is a wealth of music associated with Christmas – music we perform, music we listen to and music we merely absorb.

"But there is no doubt that music has an enormous impact on what makes the festive season festive.

“Some pieces of music will be forever linked with Christmas, and it may appear obvious why, but for others it is not so clear and that’s what we will be discussing during the lecture.”

Professor Sproston was born in Stafford and while studying at the University of Sheffield was awarded the Phillip John Lord Composition Prize and the Mrs Stewart Blake Dissertation Prize.

He obtained his Master of Music in composition and musicology with distinction. He then became the first student to be awarded a Doctor of Philosophy in original composition from the University of Sheffield.

He has composed in a number of genres and styles and his music has been performed as far afield as Moscow and by performers such as the English Serenata, Northern Saxophone Quartet and Rhodri Davies.

The lecture will be held at Guildhall, Frankwell Quay. It is free to attend, but booking is essential.

Tears For Fears' Curt Smith talks ahead of Birmingham show 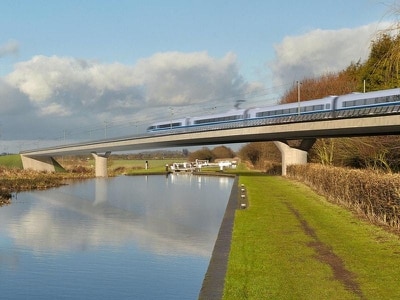