A lot’s changed in 25 years. Cold War tensions bubbling away, arguments over whether the UK should be so cosy with Europe and the Royals making the headlines.

OK, well maybe not, but the point is one band, in its various guises, has enjoyed success and adulation over the decades.

Years haven’t always been kind to many of Britain’s 90s and noughties bands left in a pool of irrelevance in a world of social media.

But Feeder boasts a songbook thicker than a Yellow Pages (remember those?) and they delved deep into it for their ‘Best Of’ tour arriving at Birmingham’s O2 Academy.

Duo Grant Nicholas and Taka Hirose arrived to a loud chorus of chants of ‘Feeder’ by a crowd unleashed reliving their days seeing the band in their pomp.

Bassist Taka is still effortlessly cool, sporting his mohawk, shades and a steely look straight out of a fashion shoot.

Grant kept it simple. T-shirt, long hair, and a smirk on his face every time a crowd-surfer got grappled by security.

His vocals only occasionally creaked, but little did the crowd care; this was a celebration.

Those thinking this would be a quick flash through the hits were mistaken.

No, Feeder are getting reflective. Even Nicholas admitted it was a long set at two hours-plus.

Crowd-pleasers Feeling the Moment, Come Back Around, Buck Rogers and Pushing the Senses were interspersed with newer favourites like Eskimo.

There was a wistful sense of longing through many of their songs, including High, performed against the backdrop of the passing of the band’s original drummer and co-founder Jon Lee in 2002.

Nicholas appeared to be cherishing the show, dipping into rarely-performed tracks like Piece by Piece. He even broke his foot pedal proving him to be as energetic as ever.

But the finale couldn’t pass without the thrashing chaos of Seven Days in the Sun and Just a Day.

Supporting were pop punk four-piece Sweet Little Machine who won the chance to open for Feeder for two of their dates on the tour via Kerrang radio.

The spiky outfit were raw but engaging, encouraging more crowd participation and sing-alongs than I’ve seen from a support act for a while with single Machine a highlight.

Feeder may now be the elder statesmen but they can come back around anytime. 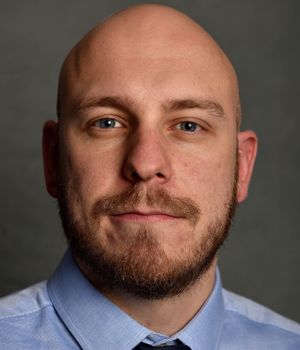 Digital journalist based at the Express & Star's head office in Wolverhampton. Interested in breaking news and social media. Get in touch on Twitter @aturton_star or andrew.turton@expressandstar.co.uk

Campaigners call for deal to be done to hand back Shrewsbury land wrongfully sold for £550,000

Labour to call for energy price cap freeze this autumn

Thunder, lightning and floods predicted over the next few days

Exhibition of defaced currencies will include Harry and Meghan banknote

Man opens fire near US Capitol before killing himself