Youngsters from a host of schools teamed up with care home residents to sing to a global beat at the 2019 Llangollen International Musical Eisteddfod. 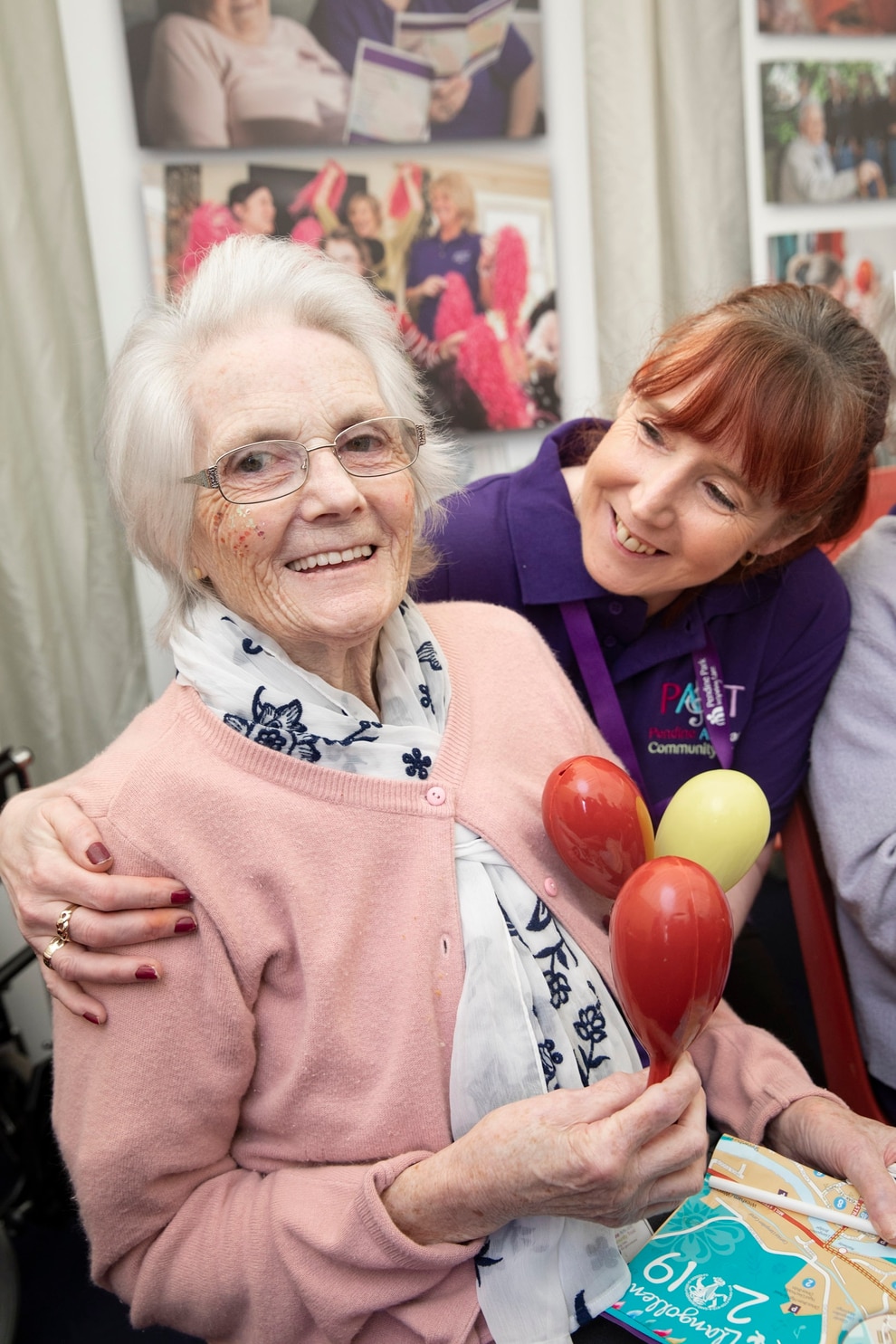 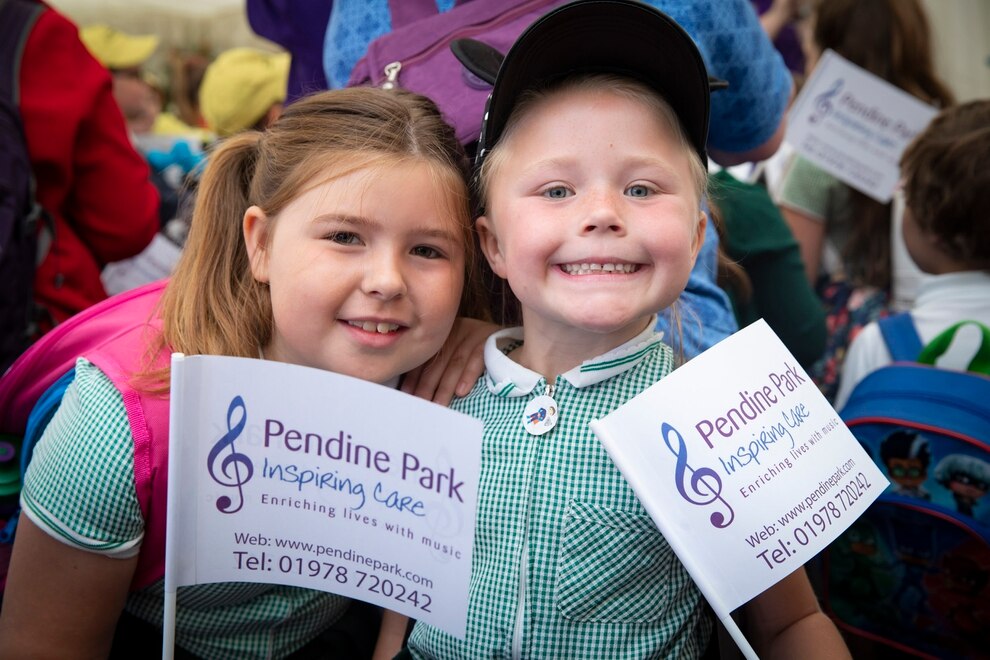 Pendine Park care organisation hosted a morning of musical workshops at the event as part of the annual festival’s Children’s Day activities.

The schoolchildren and the residents, some with dementia, from Pendine Park care homes in Wrexham sang tunes from various parts of the world to fit in with the festival’s international theme and used maracas and tambourines to make music.

Leading the sessions were Jenny Pearson, a freelance singer and tutor who has worked with the Welsh National Opera, along with Pendine Wrexham’s artist-in-residence Sarah Edwards and Nia Davies-Williams, the musician in residence at Pendine’s Bryn Seiont Newydd home in Caernarfon.

The workshops were part of Pendine’s pioneering enrichment programme, which enhances the experience of residents and also plays a key role in personal training and staff development.

Around 20 Pendine staff were on hand to make sure that the morning ran smoothly.

Heather Davies, 85, a resident of Pendine’s Hillbury care home in Wrexham said: “It’s not the first time I’ve come along to one of these music sessions at the eisteddfod and I just love watching and meeting the children who have such a good time."

Jenny Pearson, who arranged the sessions, explained: “Any sort of inter-generational activity like this is just great and it’s been amazing to work with the residents and so many children.

“Throughout the morning we must have had hundreds of young people from lots of different schools coming through our tent.

“It’s good for older and younger people to enjoy themselves together and both groups have been really getting into the music. Because of the international flavour of the eisteddfod we’ve chosen some songs about animals from different parts of the world for today’s programme. We have one about a dog from the USA and another about a donkey with a calypso beat from the West Indies.”

Teacher Samantha Jesson from Eyton said: “We make a beeline for the Pendine tent ever year because the children enjoy the music and singing so much. It’s something a bit out of the ordinary for them and it’s very good for them to meet and speak to the residents."

Pendine Park proprietor Mario Kreft said: “A key element in what we do at Pendine Park is bringing together older people with dementia and the children.

“The workshops are about raising awareness that old age in nothing to be frightened of and understanding how the arts and music can help change people’s lives for the better. They have been a regular feature of our support for the Llangollen Eisteddfod over the past six years.

“The Eisteddfod is a national treasure and we love to support it because of its message of peace and bringing the people of the world together and these sessions are an extension of that.”