Andy Richardson: Laying down the law on Angel Delight

Angel Delight. There’s nothing finer. On a rainy late-spring evening when the fridge is empty and the cupboards are bare, the seventies favourite comes into its own. A splash of milk, a flick of the whisk et voila, a pudding that knocks the spots off some of the desserts available in mediocre restaurants across the region.

“Leave it to me,” I said, alighting my horse and donning a suit of armour. I commandeered the kitchen. I found the biggest, widest mixing bowl – She Who Must Be Obeyed thought it must once have been in service in the kitchens of a 4,000-person cruise ship.

“A mixing bowl,” I replied.

“No. It’s either an elephant’s helmet or a metal coracle. You could paddle down the river in that.”

She was right. I could have done. And the vast, exposed aperture at the top of the bowl was a bad idea. In went the milk. In went the Angel Delight. On went the whisk. Splat. The cupboards were covered in a mass of creamy, congealing sweetness. I hadn’t thought things through.

I apologised. I’m good at that. Though as kitchen disasters go, spraying Angel Delight across the kitchen measures a measly three out of ten. I’ve done better/worse. For a while, I developed an unhealthy obsession with dulce de leche, the dessert from Latin America that’s prepared by slowly heating sweetened milk to create a substance that derives its flavour from the Maillard reaction. It’s like posh caramel and is sweeter than angel’s tears.

In the days before sous vide cooking – and, I realise, for most people, we are still in the days before sous vide cooking – the easiest way to make dulce de leche was by taking a sealed can of condensed milk and slowly cooking it in boiling water for seven hours. Simples. The most important word in that sentence is ‘slowly’ – and those who boil, rather than simmer, can look forward to an exploding can and a ceiling sprayed with condensed milk. Which is not a good look.

But I digress. She Who Must Be Obeyed intervened in the Angel Delight-making. She said words that will echo down the years.

“If you use a narrower bowl, you won’t cover the kitchen.”

Ah, yes. Brainy people have no common sense. I keep forgetting. That’s why they spend hours cleaning their Angel Delight-covered kitchens when they could be doing something far more interesting, like playing computer games.

We nailed (what was left of) the Angel Delight and scooped it into bowls. YumTime. And then She Who Must Be Obeyed had an idea.

“Have you got any sprinkles?” I did not. I have a year’s supply of meat. If a rogue nuclear state dropped the bomb, I could survive in the cellar and feast each evening on venison, wagyu beef and shoulders of pork. But sprinkles are beyond my culinary capabilities.

She reached into the shelves. “Let’s have a look what there is.”

She opened what I haplessly call ‘the baking tubs’; three small plastic containers holding a variety of nuts and assorted sweet stuff.

She found a block of cooking chocolate. I told her it was foul. We threw it in the bin.

She picked up a packet of sliced almonds. The fonts on the packet were last seen around the time of Noah and she thought it wise to check the best-before date. 2009. Old enough for them to be taking their KS2 SATs and be thinking about comprehensive school. Bin.

A packet of ground hazlenuts followed. I looked at it wistfully. They’d entered the house around the time that Chelsea were beating Everton 2-1 in the FA Cup final. Ashley Cole was the man of the match and Drogbar and Lampard scored for Chelsea. Bin.

And then we found it. Great. A packet of desiccated coconut; the perfect addition to our butterscotch Angel Delight. She checked the date. 2006. Winner. The coconut had seen off two wives, four Prime Ministers and 14 Chelsea FC managers. Bin.

We decided I wasn’t much good around the house. She Who Must Be Obeyed reminded me of the time I tried to lay a carpet using spray on glue, then proceeded to cover my arms in the stuff by rolling the glue-ey carpet over them. In fairness, it was the carpet’s fault – obvs – and I ended up with two oblong patches of matted hair on my forearms. I tackled them the only way a man should; with a razor blade.

And now my arms are part Geraint Thomas, part Wolf Man. In fairness, it’s a good look. Don’t knock it before you try it. It may catch on.

Having devoured our Angel Delight, we rampaged through the cupboards; removing all items that were old enough to go to school. And then we made an inspired decision. We jumped in the car, revved the engine and drove to Sainsbury’s. 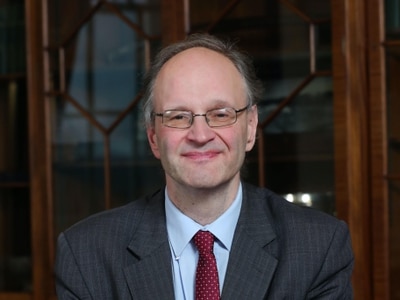