They are the epitome of the traditional family butcher, providing the local community with first class meat and friendly service. 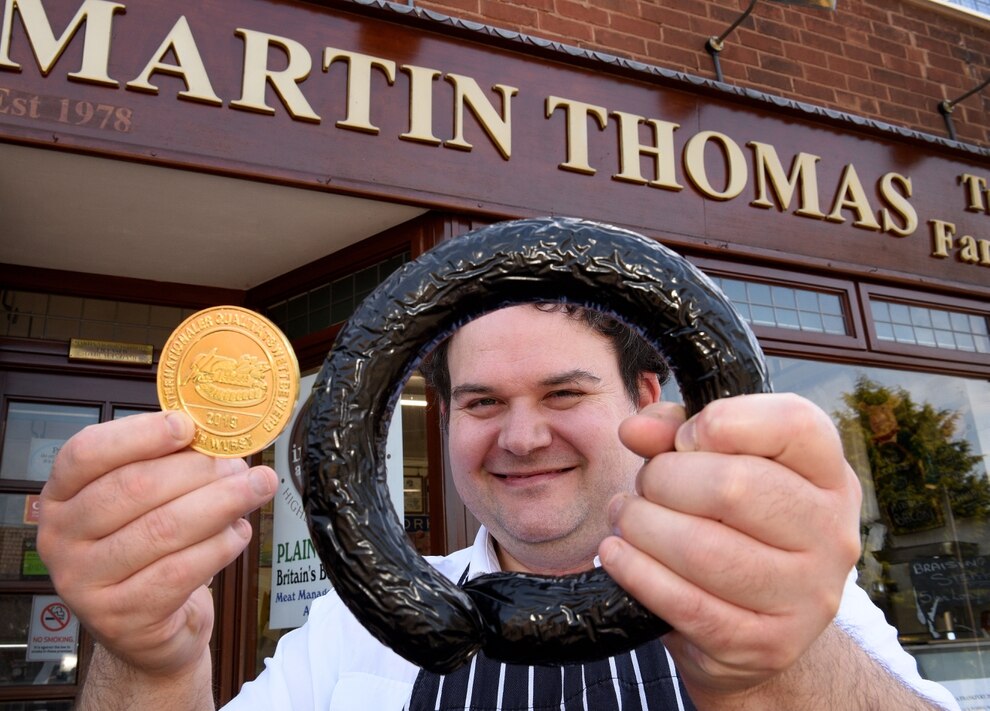 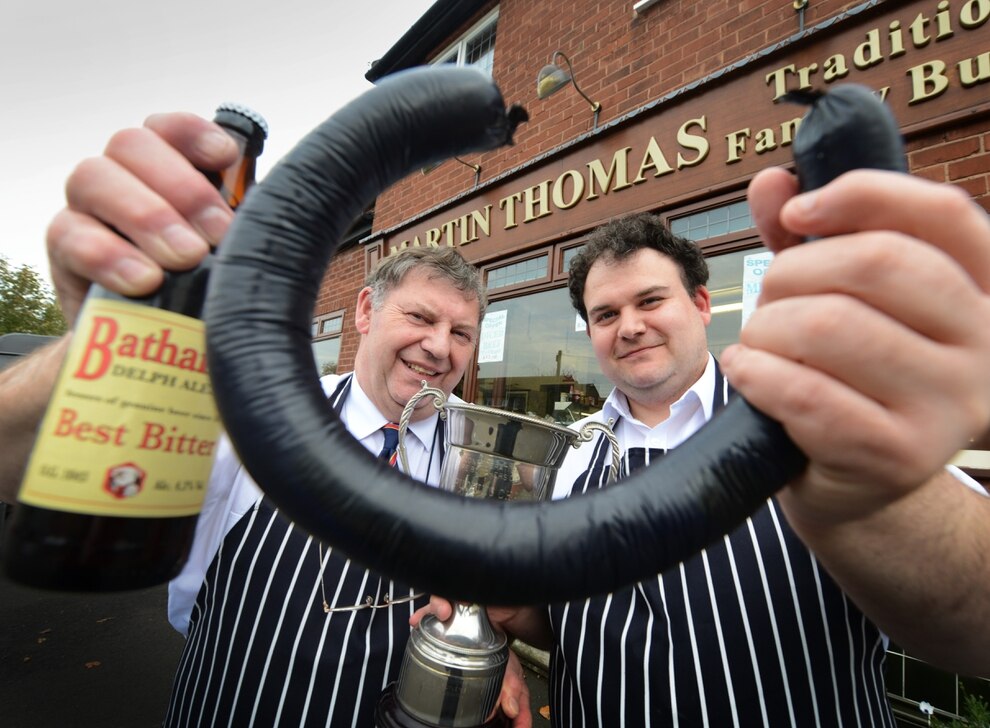 The Thomas family butchers in Old Hill in 1911

Award-winning Martin Thomas butchers has been at the centre of village life in Pattingham for almost 50 years. And Martin and Craig Thomas, who are fifth and sixth generation butchers, are proving the craft of butchery is alive and thriving.

The father and son team take great pride in the quality, traceability and provenance of their meat as well as assuring the highest levels of animal welfare.

But for Martin, who took over the business from his father George in 1978, being a village butcher is also about the customers. “I’ve seen customers come to the shop as children with their parents and now they’re all grown up with children of their own.

“We’ve seen three generations of the same family buy their meat from us – that’s what being a village butcher is all about,” says the 71-year-old.

Martin followed his father into the profession when he was 15 and worked at the family shop in Quarry Bank High Street. “I’m the fifth generation of Thomas in butchery. I started in Quarry Bank in 1964. Before this the Thomas family had butchers shops in Cradley Heath and Old Hill,” he tells Weekend.

In 1972, his father George took over the shop in Pattingham, where the current business remains today, from its previous owner with Martin appointed manager.

Six years later Martin and his wife Maureen, who were married at the village church in 1973, bought the shop.

They remain committed to sourcing as much of their meat from family-owned and run farms in Staffordshire and Shropshire, which includes their own in Pattingham where they raise cattle and sheep.

Craig joined the business full-time in 1994 at the age of 18, mainly to handle production and was was given responsibility for all cooked deli products, such as sausage rolls and meat pies. Previously only cooked tongues and hams were produced at the shop with other products coming from a supplier. But the Thomas family decided to branch out, bringing everything in-house, and Craig and Maureen began developing new recipes.

They added black pudding to their repertoire in 1997 followed by pork pies a year later. And it wasn’t long before their work was being recognised within the industry with their black pudding winning the Wolverhampton and District butchers product competition in 1998.

Since then they’ve gone on to have huge success in regional, national and international competitions, including earlier this year when the shop competed in an international product competition organised by the DFV German meat association at the Messe Frankfurt.

Not only was the family business the only entrant from the United Kingdom to take part but they also scored highly enough to obtain a medal for each product submitted.Their traditional black pudding received full marks from the judging panel earning them the gold medal while their black pudding with apricot was awarded silver.

Finally the shop’s black pudding with Bathams beer achieved a bronze medal, says Craig, who sits on the executive committee of the National Craft Butchers, which aims to promote the trade and enhance craft butchery skills and training.

Among last year’s accolades were five golds at the NEC Foodex in April for beefburgers, dry cured air dried back bacon and three for their black puddings.

The shop also entered into the Meat Management awards in the best meat pie category where they were up against major national players like Sainsburys, Pork Farms, Asda, Lidl and received a highly commended with their plain pork pie.

Over the years tastes have changed, says Craig, and he says it’s their job to meet and exceed customer’s expectations. “People are travelling more and experiencing new flavours so that’s why we’ve got pork pies with pancetta and chorizo. It’s not long since a pork pie with egg was seen as something new.”

There have also been changes such as the rising demand for cooked products. “There never used to be any cooked products, a butcher would only sell raw meat. Now the trade has changed so much that 50 per cent of what we sell is the ready to eat cooked items and 50 per cent is the raw meat,” explains Maureen, aged 70.

Increased awareness of animal welfare and a desire to know where the meat on our plates has come from has also led to changes in customer demand. “It’s coming a full circle. Fifty years ago people only went to their local butcher but then the supermarkets became the place people went for their meat. Now people are going back to the butchers because they want meat that is ethically sourced and has traceability.

“Supermarkets can’t give you much information about where their meat has come from but we can tell people the farm it has come from, the abattoir it was slaughtered at, how we’ve hung it, aged it and then cut it. Every step of the way is traceable,” explains Craig.

Fridays and Saturdays are the busiest days with production of the likes of sausages, dry cured bacon, sausage rolls, pork pies and scotch eggs taking place during the rest of the week when business is quieter.

They supply local restaurants and pubs and will also deliver to customers who aren’t able to get to them. “People have got know us by reputation and as well as our local customers, we have some travel quite a distance to see us and will stock up once a month,” says Maureen.

Despite Martin and Maureen being past retirement age, they say they have no plans to retire yet and they enjoy working together as a family. “Martin is passionate about the farming and raw meat side, while Craig enjoys the production side and coming up with new flavours for things like the pork pies and sausages. They each have their own niche which they are passionate about so it works well,” says Maureen.

Life on the inside: 10 virtual activities to do with friends