There’s an intrinsic beauty in the way we mark Shropshire restaurants. 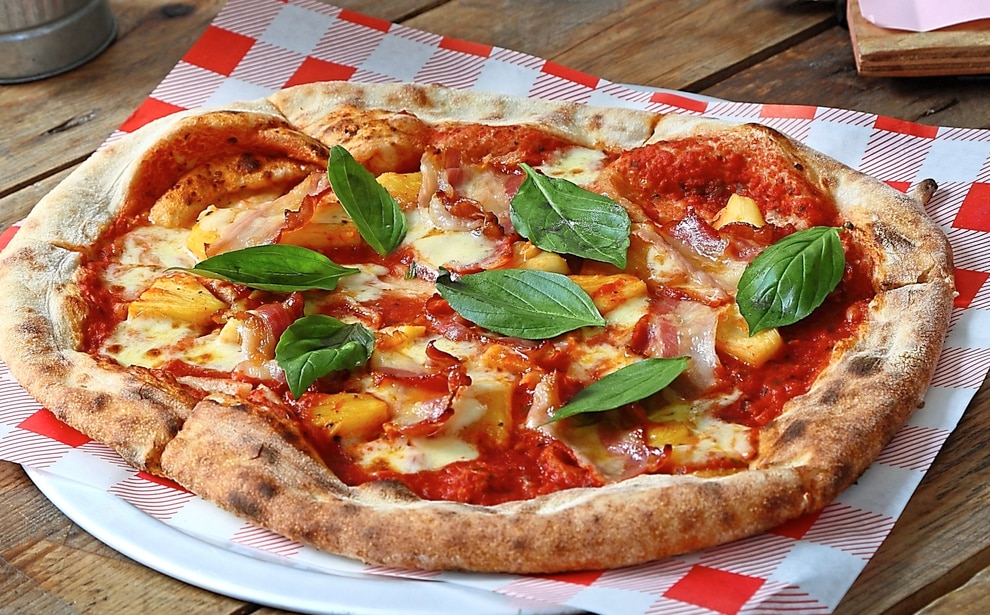 Our critic’s verdict of Dough & Oil in Shrewsbury: ‘With a little ingenuity, a devotion to higher standards, a quest for excellence and a willingness to pay a little bit more for decent ingredients, punters can still get the food they like but go away with a smile on their face, rather than a rock in their belly’ 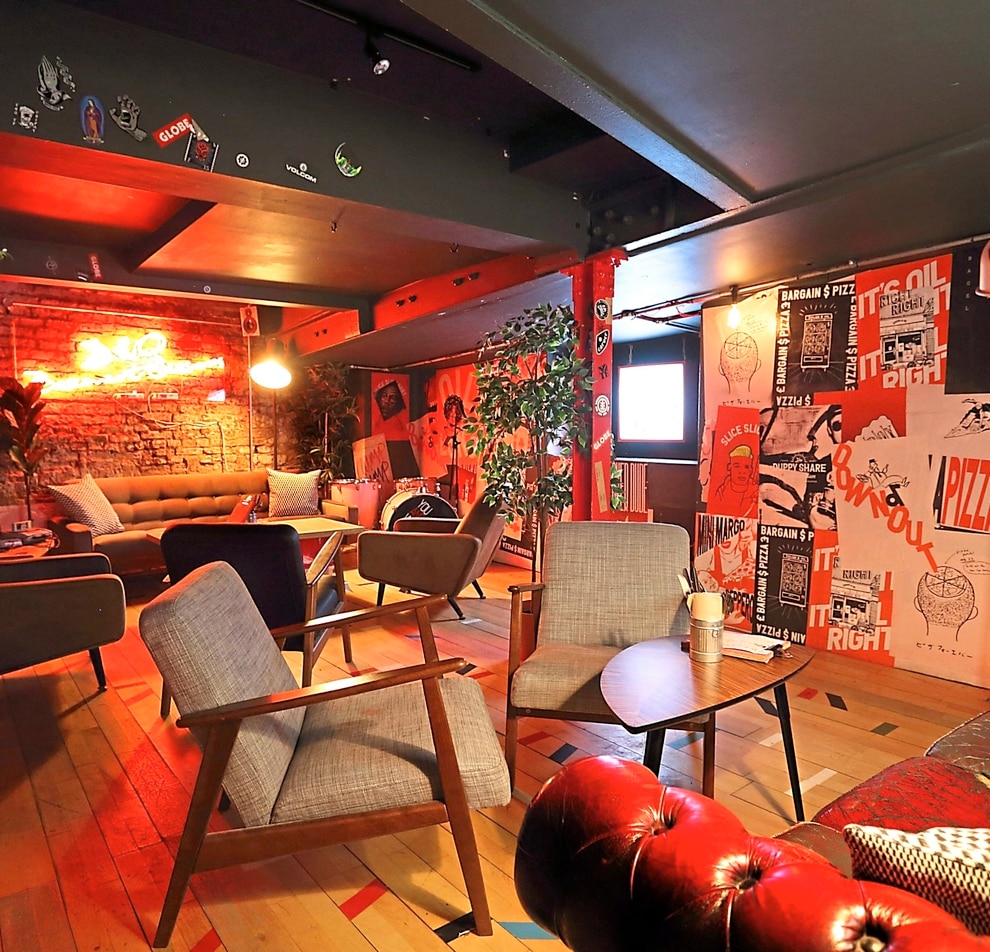 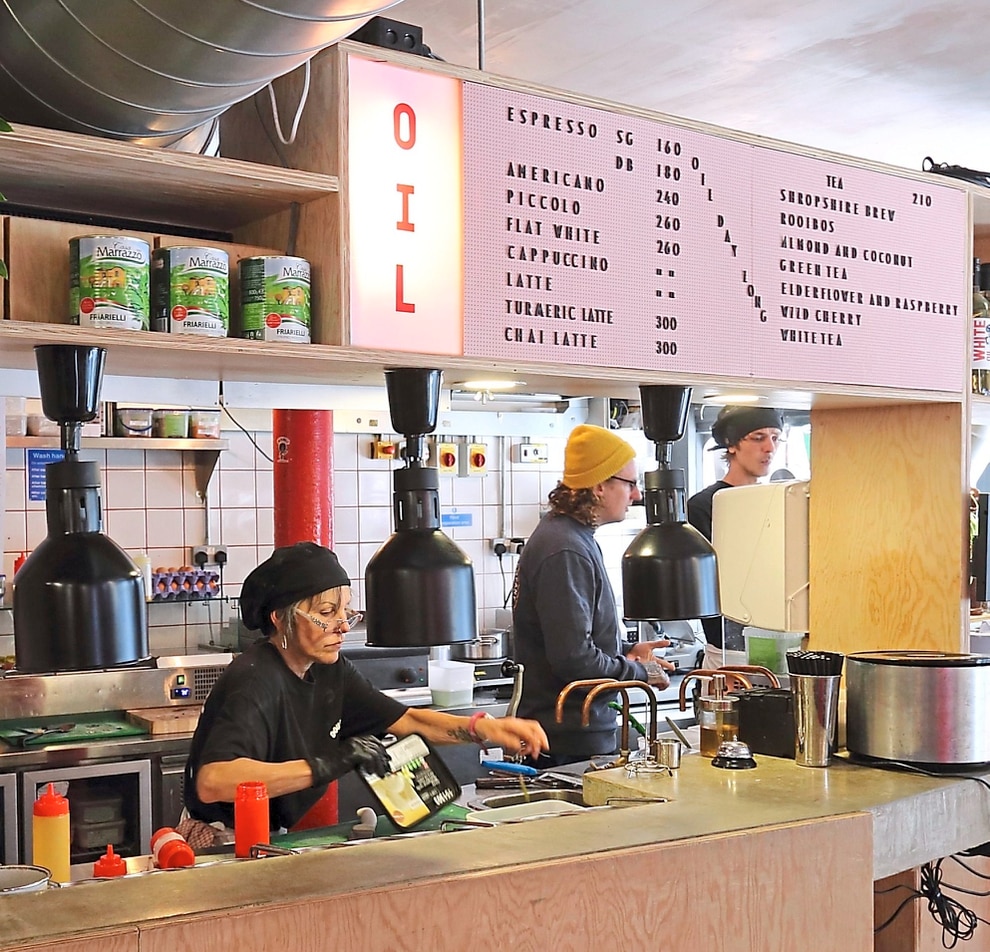 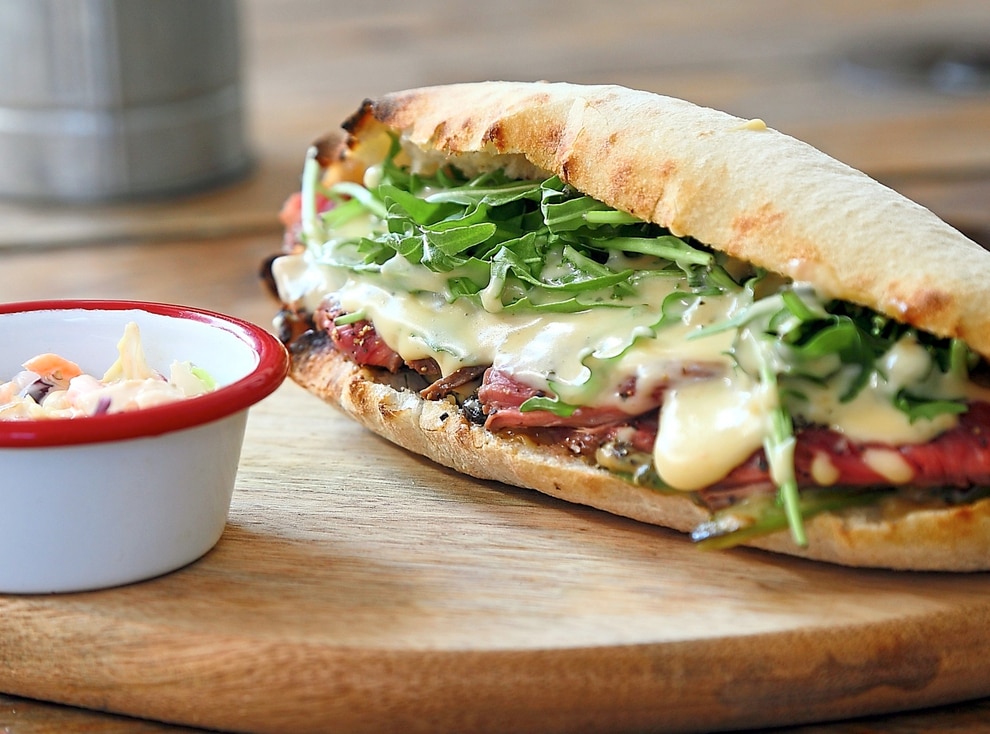 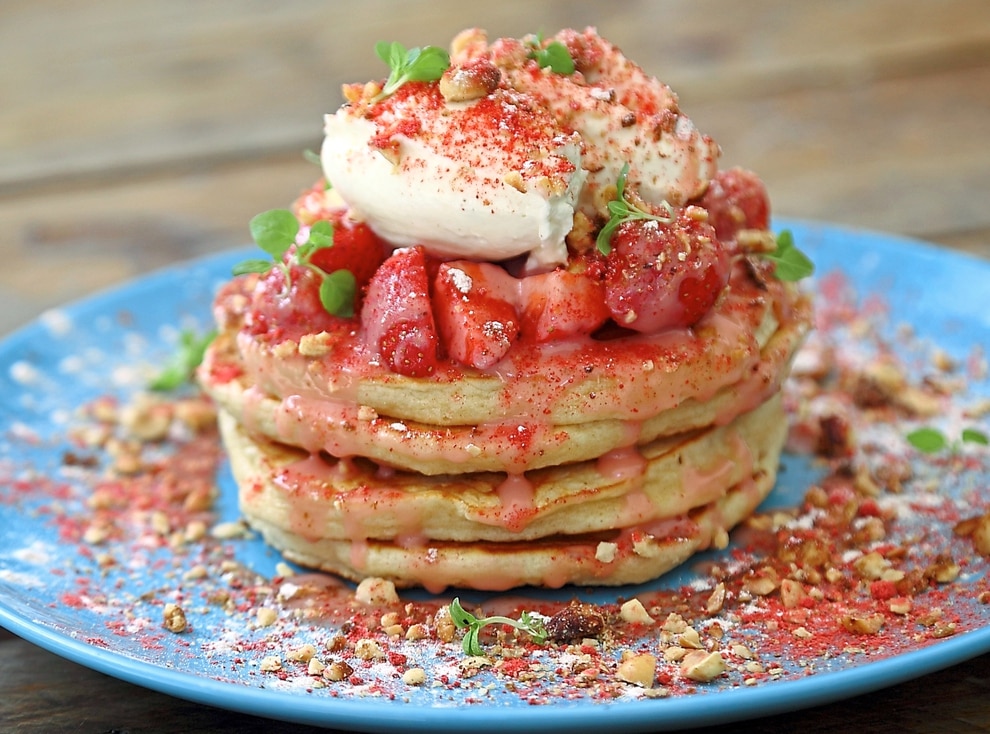 We don’t discriminate against those that serve the bottom end of the market as we search, Michelin-like, for the best menus in the county. Far from it. We simply look to reward excellence while rooting out mediocrity.

Which is why a humble, independent pizza store in Shrewsbury has just secured its second 10/10 rating for offering up hot-baked dough slathered with tomato sauce and cheese. Sounds simple, doesn’t it, but like all things in life, simplicity is the hardest gig of all.

There are two really, really good pizzerias in Shropshire – the other’s in Bridgnorth – and one other that’s noteworthy – it’s in Bridgnorth. But Dough & Oil remains way, way, way out front.

It opened 18 months ago and, as we tend to leave it at least 18 months between reviews, we decided to return to see whether it had fulfilled its early promise. Remarkably, it has. It’s exciting and fun, service is exceptional – the best of the best – and the food is drop dead gorgeous.

I seem to remember the owner of Dough & Oil reacting with unfettered joy when he read the region’s best local newspaper when his first 10/10 dropped. He said something like ‘My mom will be so proud.’ Well, kidda, send her another text. Because her son’s maxed out and created something that the whole town can be proud of.

With good reason, junk food gets a bad name. It’s the place where the nasty, money-grabbing corporate can cut corners and boost margins by offering inferior ingredients, identikit interiors, disengaged service and an underwhelming experience. We pay for it because it’s cheap – or, at least, most people do. I think the last time I ate a McBurger was more than 10 years ago. I’d rather go hungry.

But the very fact that burgers, chicken and pizzas become homogenised and dull in the hands of multiples means there’s an opportunity. And the smart guys – like the boy-who-did-his-family-proud-by-opening-Dough-&-Oil – is smarter than a Prada catwalk.

Because with a little ingenuity, a devotion to higher standards, a quest for excellence and a willingness to pay a little bit more for decent ingredients, punters can still get the food they like but go away with a smile on their face, rather than a rock in their belly.

One of the most interesting UK restaurants of the past year is based in London – inevitably – and is run by a former Handsworth chef, Carl Clarke, who’s made his name in London. Clarke has worked with everyone worth working with; from Marco Pierre White to Pierre Koffman. ‘Nuff said. But he’s a creative, disruptive type and so having scaled the peaks of the fine dining world he’s turned his hand to chicken and created brilliant restaurants in London that do amazing chicken. It’s been a huge hit.

We’ve seen similar trends elsewhere. Five Guys and others have given McBurger & Co a metaphorical spanking by offering decent beef patties and fries rather than pink squirt in a chemical brothers bun. Closer to home, the still-brilliant Smoke Stop BBQ created a brilliant fast food experience by appropriating American flavours and bringing them to Shrows-berry.

Dough & Oil does the same. It takes something simple, focuses on the detail, does all the basic things well and creates something utterly brilliant. Irrespective of the gushing hyperbole that might grace these praises from time to time – or, more likely, the damning with faint praise that passes for reviews of restaurants that don’t cut the mustard – the acid test is always the same. We pay no mind to whether a restaurant scores 10 or 8, whether something reads well or is deserving of effusiveness. The bottom line is this: do we go back and pay our hard-earned mullah to eat there in between reviews. And in the case of Dough & Oil, the answer is yes. We’ve been more than happy to part with cold, hard cash to feast on brilliant sourdough pizzas, delicious craft beers and freshly-squeezed orange juice while not writing for the delectation of you, discerning reader.

My partner and I visited on a midweek afternoon for our latest visit to Dough & Oil. It was relatively quiet: a couple of friends sipping coffees, a just-finished-work-early singleton eating a ham and cheese pizza, a couple of gym bunnies who’d just completed a work out wondering whether to reload with carbs. You know the score.

As pleasant as it might have been to eat outside, we choose a seat within – all the better to hear the ever-eclectic and varied collection of music that passes for a soundtrack at Dough & Oil. On occasions, it’s disco and the guys behind the bar dance (brilliantly). At other times, it’s time to rock out. My partner and I, however, were treated to an Afrique beat as world music pumped through the stereo.

I ate pizza – natch – while she attacked a deli board like a lioness at slow-running gazelle.

The pizza was brilliant; they always are at Dough & Oil. The Big Sur featured harissa, small pieces of pineapple that had been acidulated in a little extra lime, delicious ham and the customary cheese and tomato. I realised it was the best, most up-market, tastiest Hawaiian that had been served this side of an Elvis Presley movie. The harissa gave it a little heat and interest, the pineapple sweetness, the ham umami and the lime a light acidulation. You don’t get that at your regular High Street chains.

The deli board was similarly good. Figs, dense, creamy, indulgent blue cheese, pieces of cheddar that bit back, slices of ham, chillies, pickles, bread sticks, crackers and more made for pleasant eating. We washed it down with freshly squeezed oj – they took the oranges out of the basket and placed them through a squeezer, nice – and Italian lemonade.

Service – a guy with curly hair, tattoos and the most welcoming manner this side of a hospital bed – was brilliant. Engaged, real, polite; he was a class act. I’d rank him number one on my list of best restaurant managers in the county. But the ethos he brought to the table ran through his staff – so at one point, while curly tattooed hipster was answering phones – the chef popped out to make sure everything was fine.

I don’t have a bad word to say about Dough & Oil. I do, however, have a three-word recommendation for it: You. Should. Go.