The ice cream was fantastic. By the time we’d reached the end of our three-course dinner at The Bull, in Rodington, we kind of wanted to start all over again. 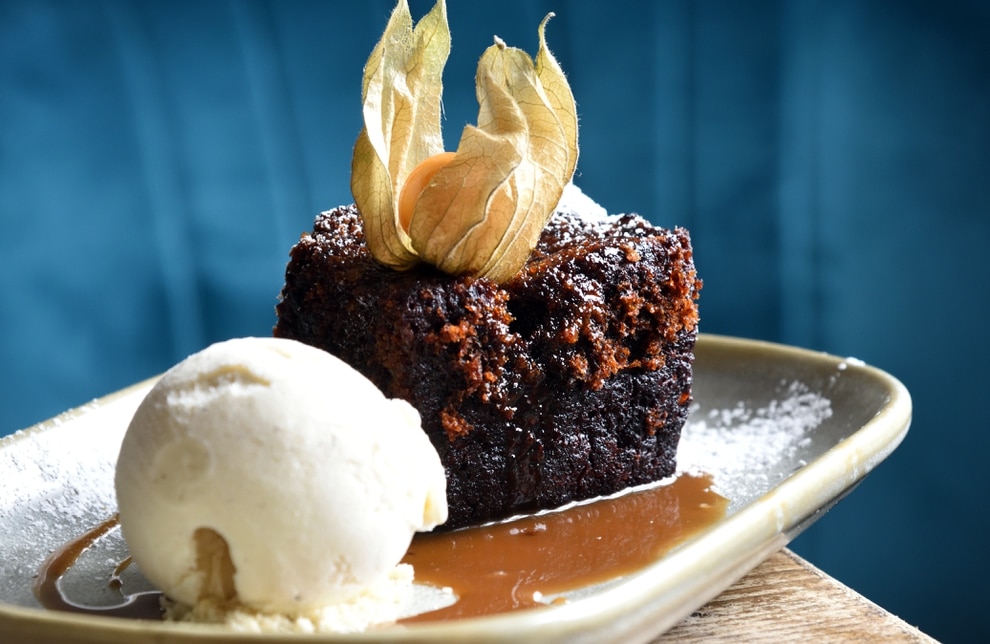 This decadent dessert proved to be a real highlight – sticky toffee pudding, served with ice cream 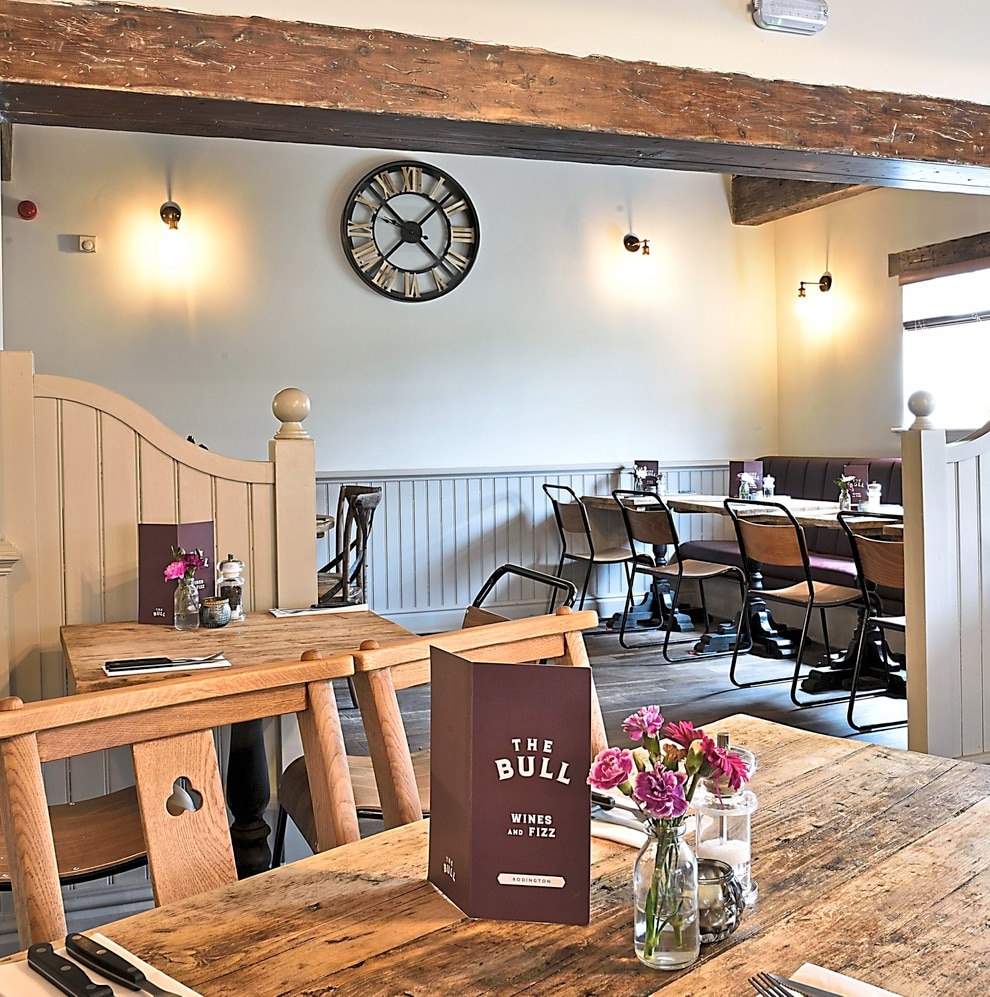 The restaurant has recently been refurbished 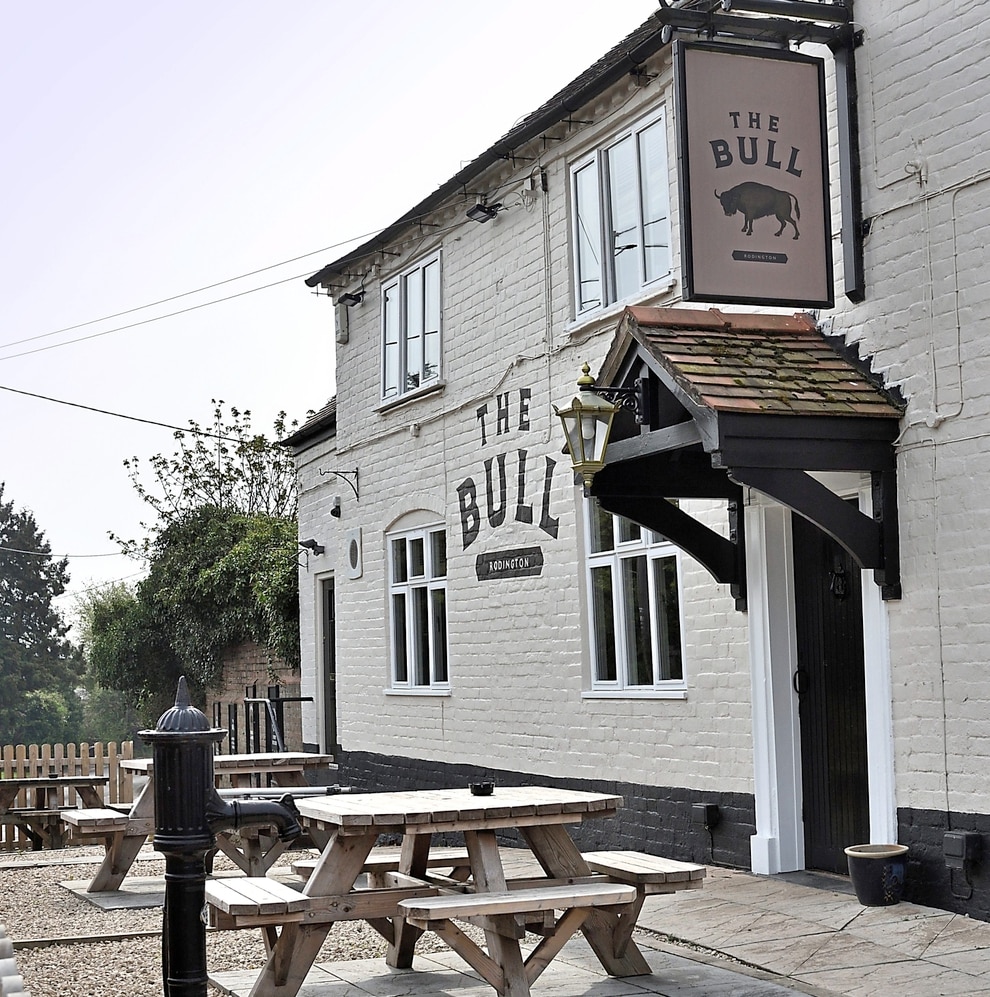 The view from outside The Bull in Rodington 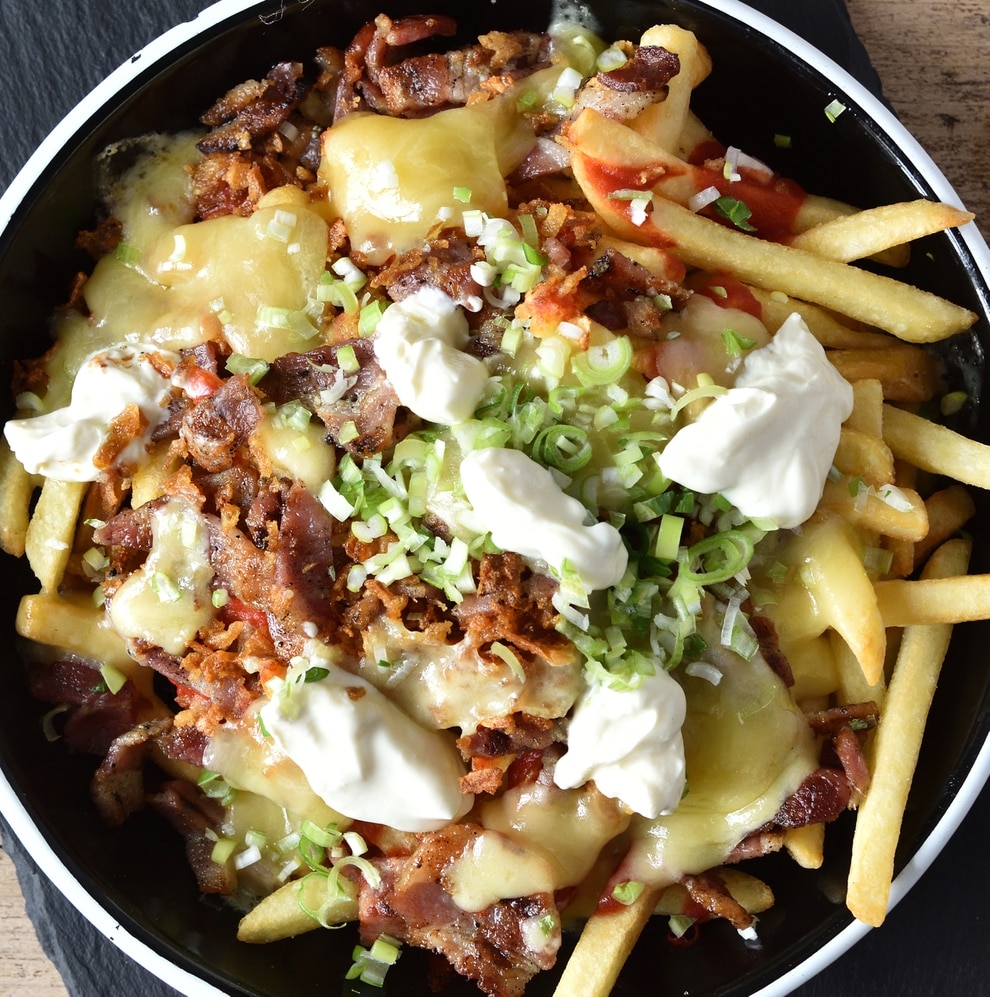 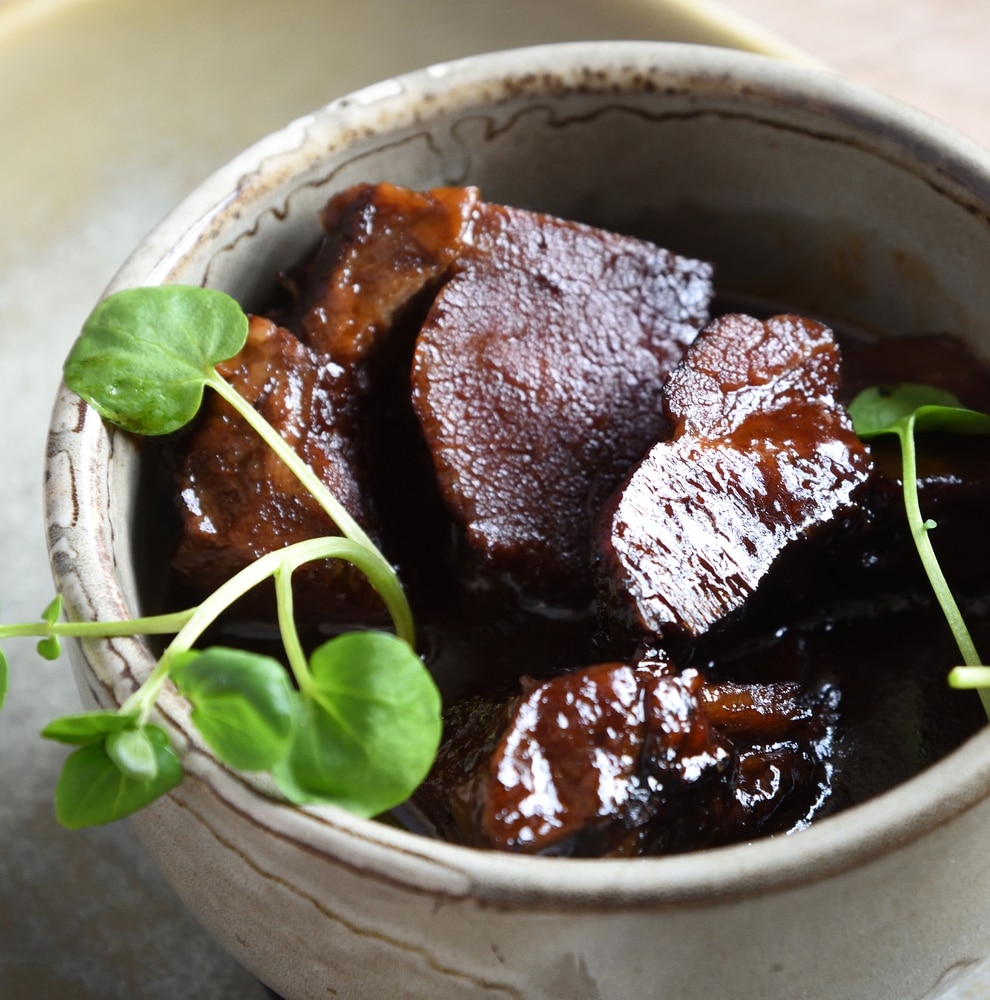 This starter of beef cheeks stole the show 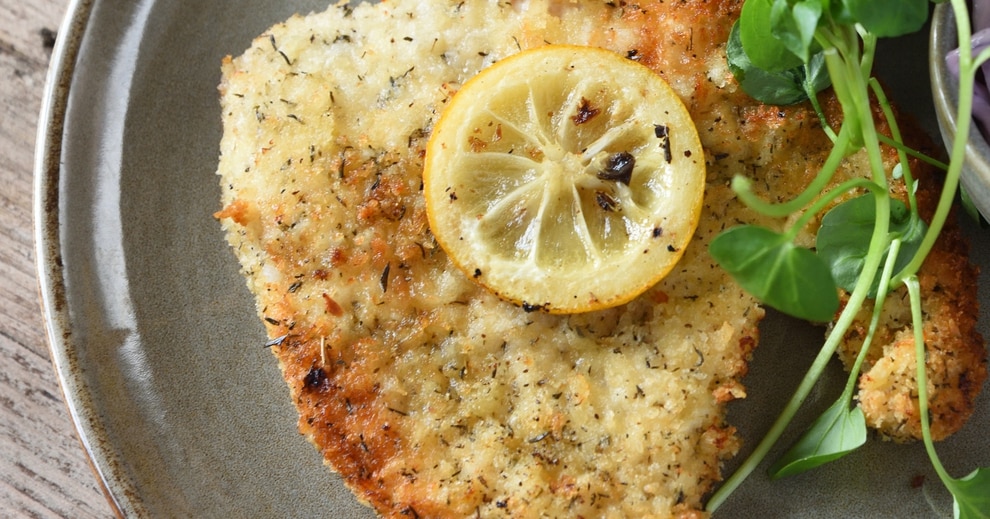 The chicken schnitzel main course was delicious and lemony

It was listed as vanilla bean ice cream, though vanilla beans were conspicuous by their absence. Instead, we got a plate of dreamy, calorific Godliness. It was dense and creamy, there was no whippy air or awful additives. It tasted of clotted cream and had a similar texture. And when summer hits and the mercury starts to rise, I’ll probably walk it all the way to Rodington just to dive into a bowl.

But I digress. We ought to rewind to the start as we run the rule over The Bull.

Pubs are dying on their feet. Seven hundred and thirty-eight million thousand of them close every day, or something. They can’t compete with supermarket booze sales, as 18 cans of lager sell for less than the cost of a Reese’s Peanut Butter Cup at our out-of-town shopping malls. They can no longer provide a point of difference by streaming live sports matches, as now every house in Christendom has its own streaming service. They’re under siege from high street food chains who bang it out cheaper, quicker and faster when it comes to simple grub. The only thing that keeps most of them going is a selection of decent real ale and the punters they draw for the weekly quiz.

But there are exceptions to the rule; particularly in a county as rural and beautiful as Shropshire. Country pubs continue to buck the trend, attracting a healthy mix of locals and drivers who don’t mind heading out for dinner. They stay afloat by providing decent, competitively-priced ales for people who’ve spent the day farming or assessing their retirement funds while keeping the back room busy by offering wholesome and substantial plates of food. The Bull, at Rodington, is one such.

It’s undergone considerable change in recent times and with a good manager and savvy owners is set fair. When my friend and I called for a midweek supper, the bar was packed with locals – it was like turning back the clock to an age, 20-something years ago, when popping out for a pint on a school night was considered normal. Ah. Happy days. Fun times.

The restaurant was equally pleasing. The Bull is big on meat – though there are token veggie and vegan offerings. Burgers, ribs, steaks, chicken – it if had two or four legs and wasn’t called either Felix or Rover, it probably features on the menu.

They don’t try to reinvent the wheel, or appeal to the calorie conscious. The Bull is a dyed-in-the-wool pub that specialises in traditional pub food. You know the stuff: Sticky toffee pudding and chocolate brownie, mushy peas and mashed potato, rump steaks and beef stew and dumplings, slow braised pork belly and a range of burgers – though not on the same plate, of course, unless you’re really, really hungry.

We started with a dish that knocked the spots off the sort of dishes you’ll find in most Shropshire boozers. A small bowl of slow-braised beef cheeks in a sticky, red wine jus was electrifying. My friend and I both took a sharp intake of breath after diving in – like a plumber sucking in his cheeks when you ask him how much it’ll cost to do a small job. Wonderment. Deliciousness. Heaven. All were in a small porcelain bowl at The Bull. The cheeks were cut into small chunks and had been cooked for longer than it takes to grow a mature oak tree. Cartilage and ligament had broken down into a mass of sticky badness while the beef flavour was like licking the inside of a packet of McCoy’s after you’ve thrown away the crisps. Boom. Shake The Room.

My friend ate a plate of dirty fries while I communed with the beef. The fries were covered in bacon, cheese, some kind of salsa and dollops of crème fraîche. I still don’t get it, I’ll be honest. The point of a chip is the crunch, surely. But a load of stuff that refuses to let chips release steam means they go soft and limp, like a left-over cheese sandwich. She enjoyed them, nonetheless, without persuading me of their merits.

“How were your starters?” asked the waiter.

“I love those cheeks,” I replied.

The ghost of Larry Grayson walked through the roof.

We looked at each other for a moment then spoke about the weather. #Awks.

I think he knew what I meant.

The mains were decent, though couldn’t hope to match up to the cheeks. My friend ate a fillet steak with chunky chips – her second bowl of the night – while I enjoyed a lemony chicken schnitzel with fries. We ruminated on the joys of the word ‘schnitzel’, rolling the vowels and consonants around our mouths like Listerine. The conversation was as delicious as the food.

We stayed for dessert, ordering three to share. A sticky toffee pudding with the aforementioned clotted cream-esque ice cream was the pick of the bunch. An apple crumble was okay, if not a little unsweet and imbalanced – too much fruit and not enough crumble. The other was a cherry bakewell. It was meh.

And so to the scores on the doors. Oh, but before we do that, let’s reflect on service and ambience, shall we? Both were great. The restaurant manager was superlative. Top guy, friendly, warm, engaged, polite, efficient. Damn, I think I just wrote him a job reference. He was top drawer, in truth, and made the evening all the more enjoyable. And ambience? The room was great. The recent refurb was money well spent and The Bull offers an enjoyable environment in which to dine.

And so to the marks – four stars out of five. The Bull’s really good at what it does; though what it does is in itself unspectacular.

It’s worth a drive out – the people are friendly, the drinks are good and the food is fairly priced and pretty damn tasty.

Just don’t tell the waiter you like his, erm, cheeks.