When so many pubs get food wrong, The Armoury is a case study in how to do things right. For 20 years, it’s been a popular fixture on Shropshire’s dining scene, seldom putting a foot wrong and frequently winning acclaim from those who know their onions. 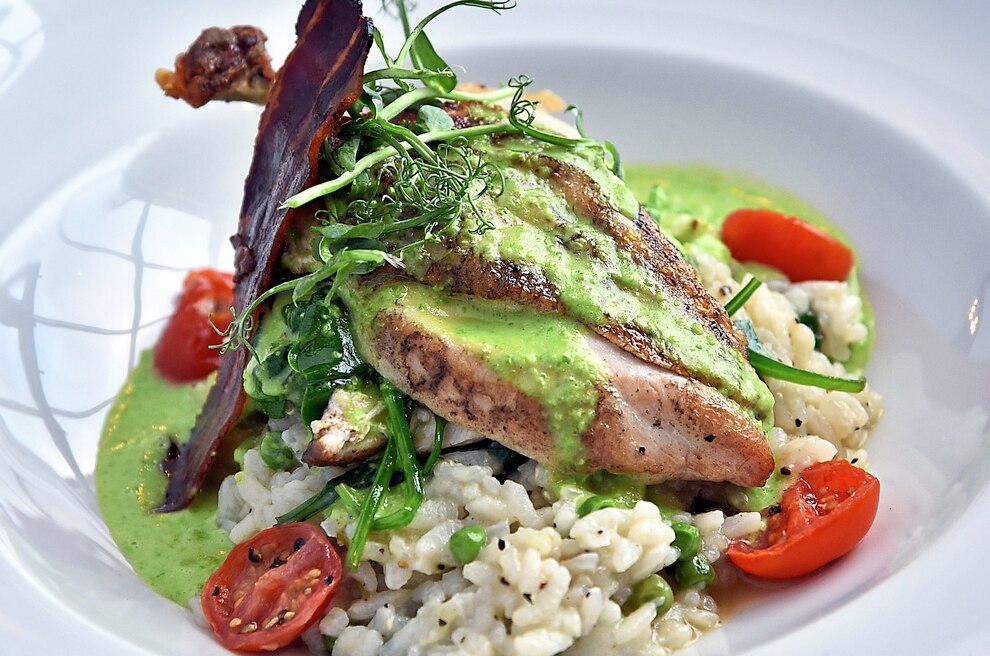 The chicken breast with tarragon, pea and pancetta risottos and spinach pea veloute dish served at The Armoury in Shrewsbury 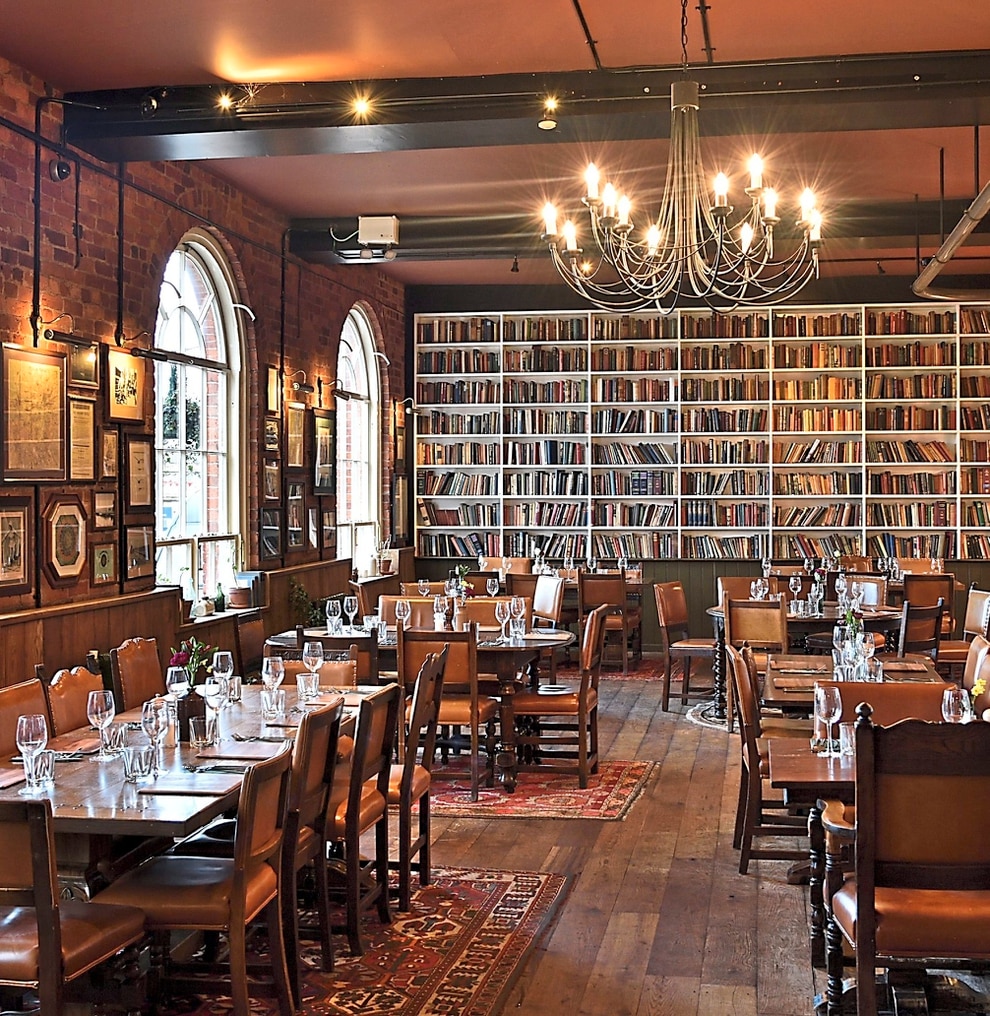 Inside The Armoury in Shrewsbury 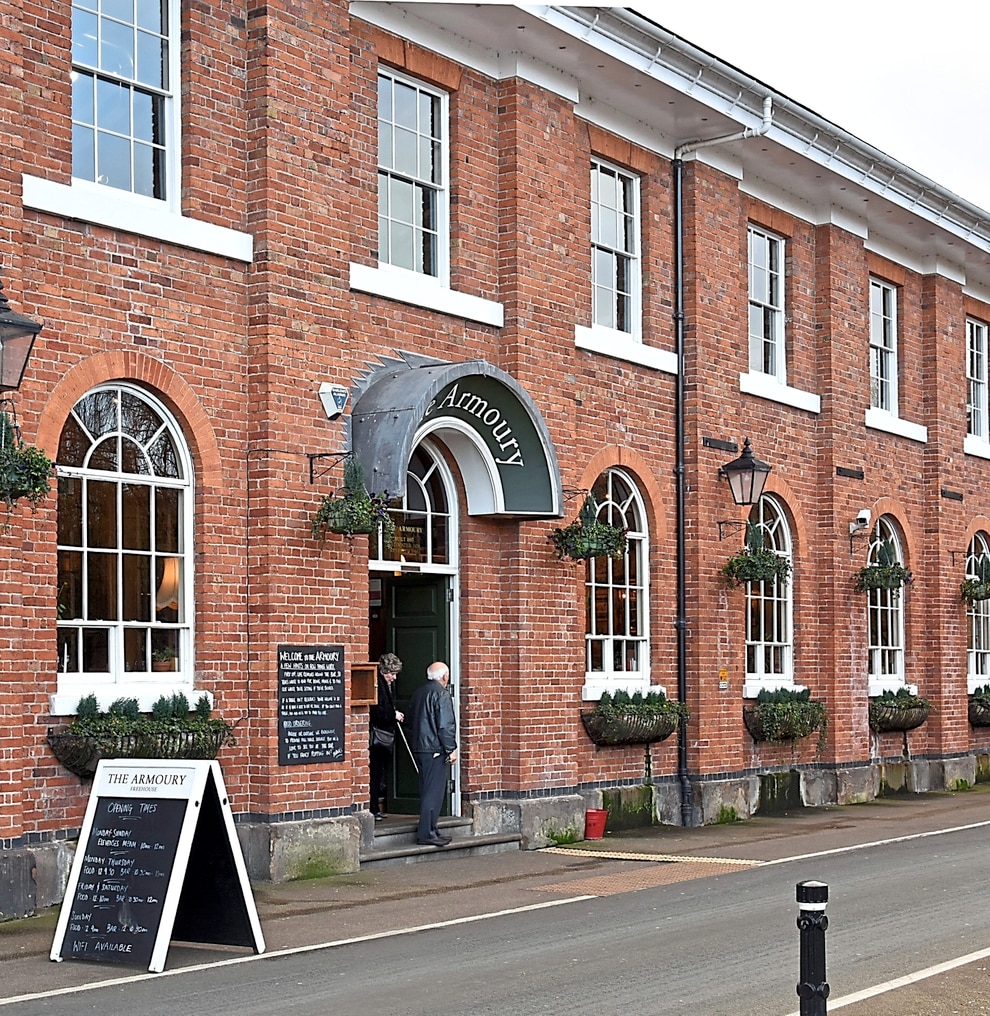 The Armoury in Shrewsbury 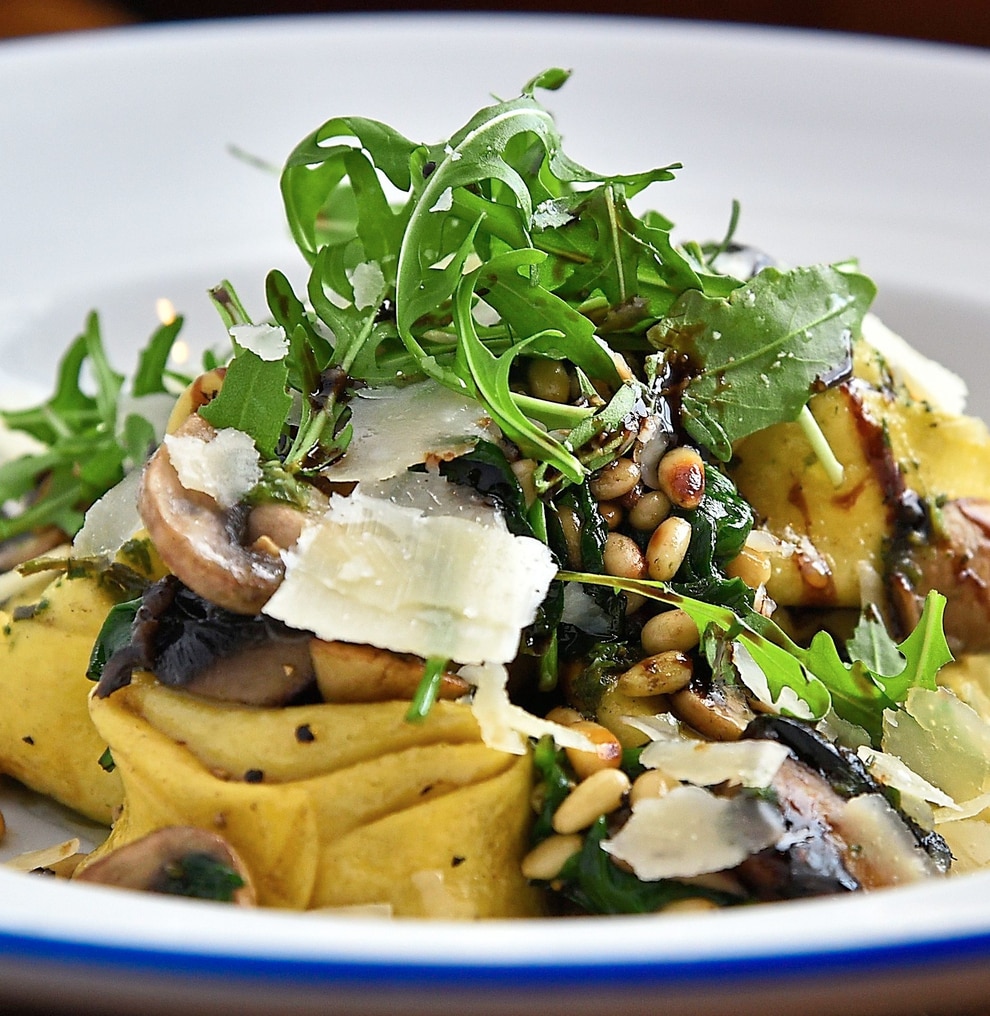 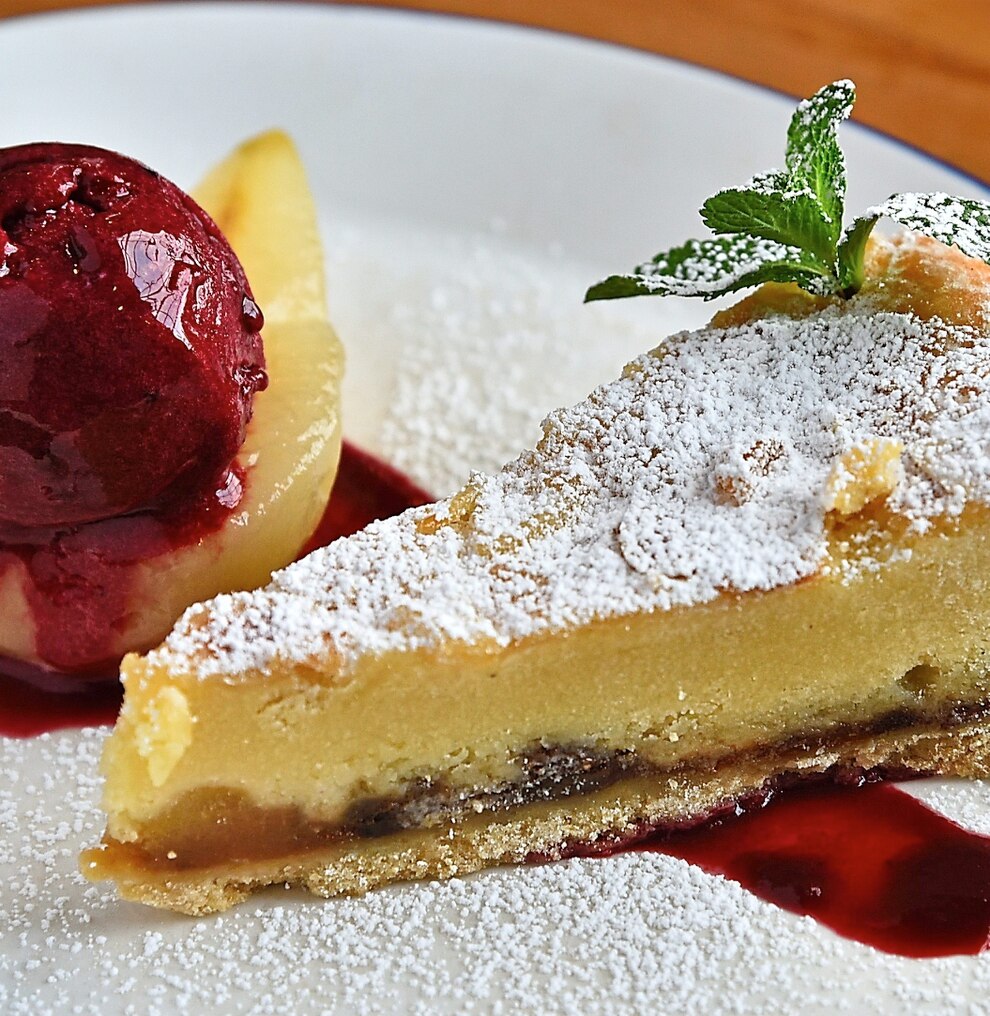 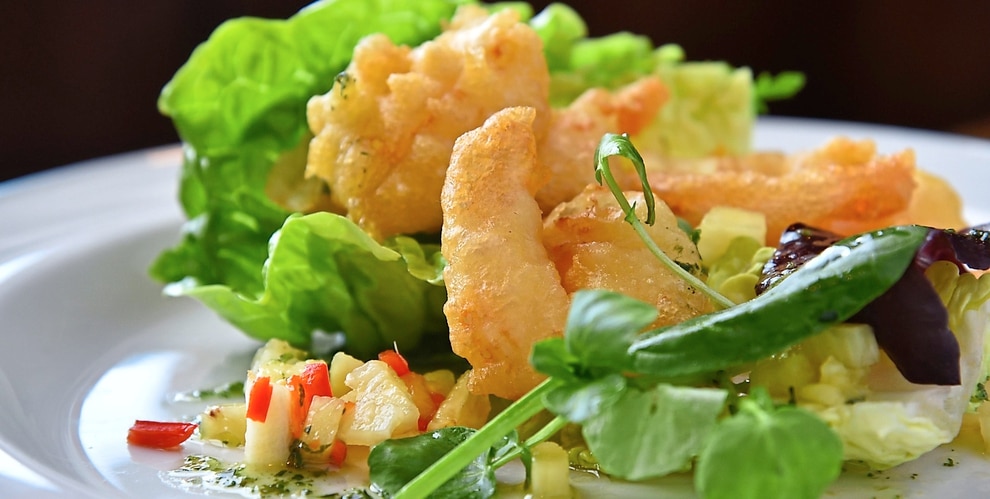 Back in 1998, it won the first of 19 entries in the Good Food Guide. The AA Pub Guide, Good Beer Guide, Michelin Guide: Pubs, Which? Guide and Harden’s has been similarly appreciative of its ample charms. And little wonder. The city-style pub that nestles beside Shrewsbury’s River Severn, on Victoria Quay, is a source of frequent satisfaction, offering great, well-kept beers, a capacious dining area and bar, staff who are generally friendly, efficient and well-trained and food that passes muster.

And while there are restaurants that have a better sourcing policy, or that make more products from scratch on the premises, there’s a lot to be said for county restaurants that offer reliable and consistent standards of food and service, without charging the earth.

The Armoury is, of course, part of the Brunning and Price chain, which also features another Shropshire cracker, the eminently enjoyable Fox, at Chetwynd Aston, near Newport. That too offers food that people like to eat, rather than dishes which satisfy the ego of a chef or are so half-baked as to be the culinary equivalent of Baked Alaska mix.

There are occasions when The Armoury is so full that it resembles a pub on the banks of the Thames on Boat Race day. Summer afternoons and weekends find customers spilling onto Victoria Quay to enjoy dining al fresco as swans glide merrily by. There are no such opportunities at this time, of course, and the venue feels warm and comforting as nights are cold and dark.

There’s an unexpected intimacy amid the cavernous space, perhaps the result of well-stocked bookshelves, a table full of the day’s newspapers – remember them, they remain the only way for the discerning to consume the best of local news and entertainment – and plenty more besides.

There was no particular reason to visit in January – and most restaurant visits are better that way. Popping in for an impromptu dinner avoids the weight of expectation that bespoils some food and evenings out. There were tables available – there are in most restaurants at this time of year – and I settled in for three courses of happy.

Service was good. The Armoury staff dress down in casual threads – expect plaid shirts, pretty dresses and flowery blouses – and the waitress serving my table was quick to arrive, taking a drinks order and proffering menus. The selections were magnificent; such hearty classics as bangers and mash with buttered greens and onion gravy sat alongside seasonal game suet puddings with venison, pheasant and rabbit and classics like fish pie with smoked haddock, salmon and prawns and an Appleby’s Cheshire cheese, potato and onion pie, as well as steak and chips, burgers, fish and chips and ham with egg and chips.

Such delights could wait for another day, however, as I started dinner with tempura king prawns with a pineapple, mint and chilli salsa. Tempura is supposed to be all about the batter. It’s supposed to be light and crisp, quite unlike the batter you might find encasing your fillet of cod at the local chip shop. The Armoury tempura was as far removed from the stuff you might find at Tokyo’s Tsukiji fish market as, well, Tokyo is from Shrewsbury: or, more precisely, 9,530km.

It was decent enough and reasonably crisp though ‘battered king prawns’ would have been a more accurate description of the dish. Putting to one side our culinary verisimilitude, it made for pleasant eating. Six tender prawns had been cooked with no little skill. They were placed neatly, like small underwater soldiers, on two leaves of lettuce while the salsa had been scattered around. It was simple cooking – dredge the prawns through batter, pop them into the fryer, then serve with chopped leaves – and utterly enjoyable.

My main was just as pleasant. Mushroom tortellini was served with pine nuts and a handful of sautéed mushrooms before being drizzled with olive oil. The pasta was pretty good: silky and still with a little bite, while the filling was packed with powerful umami; the earthy flavours of the mushroom came through and packed the punch of an Anthony Joshua overhand right. The additional mushrooms added texture and bags more flavour while the pine nuts gave it texture. The chef had used a light hand when drizzling the additional olive oil, using it to flavour rather than soak the dish. It was entirely pleasant.

I stuck around for dessert. The two courses had been sufficiently light to merit something to follow. I was glad I did. An almond tart with mincemeat filling – kind of a seasonal Bakewell, with minced fruit replacing the traditional raspberry – was a nice twist. It was served with vanilla ice cream and half a poached pear. And while the chef might have tidied the pear, removing the stalk and the style, it was sweet and enjoyable. The pastry was awful, it was flaccid and soft with as much bite as the frangipane that sat above it, though the taste was fine.

And that was pretty much it.

Service had been good throughout. A well-staffed dining room had four waiting staff who were quick to remove plates and glasses, take additional orders and do so with a smile. It sounds simple enough – and is – but in an age where decent front of house staff are rare and so many venues can’t master the basics, the Armoury’s front of house team added to the enjoyment of the evening.

I’ve been eating at The Armoury for many, many years and the standards are invariably good. It’s not a set-the-world alight kinda place, nor does it compete with the very best in the county – but that’s not the point. For fun times with friends and family, for decent ale and service with a smile and for tasty food that’s easy on the eye and even easier on the palate, there are few venues better.

Attractions | Last updated: Less than an hour ago