All the fun of Medieval Fayre at Ludlow Castle

Knights, jesters and giants piled into Ludlow Castle over the weekend to entertain crowds at a festive event.

Thousands of families from across the region attended the Medieval Christmas Fayre on Saturday and Sunday.

The hugely popular annual event, now in its 21st year, returned to the town’s stunning castle for another historic weekend.

Across the two days, the castle and its grounds were transformed and festival-goers stepped back in time to get a taste of life from the 11th century. 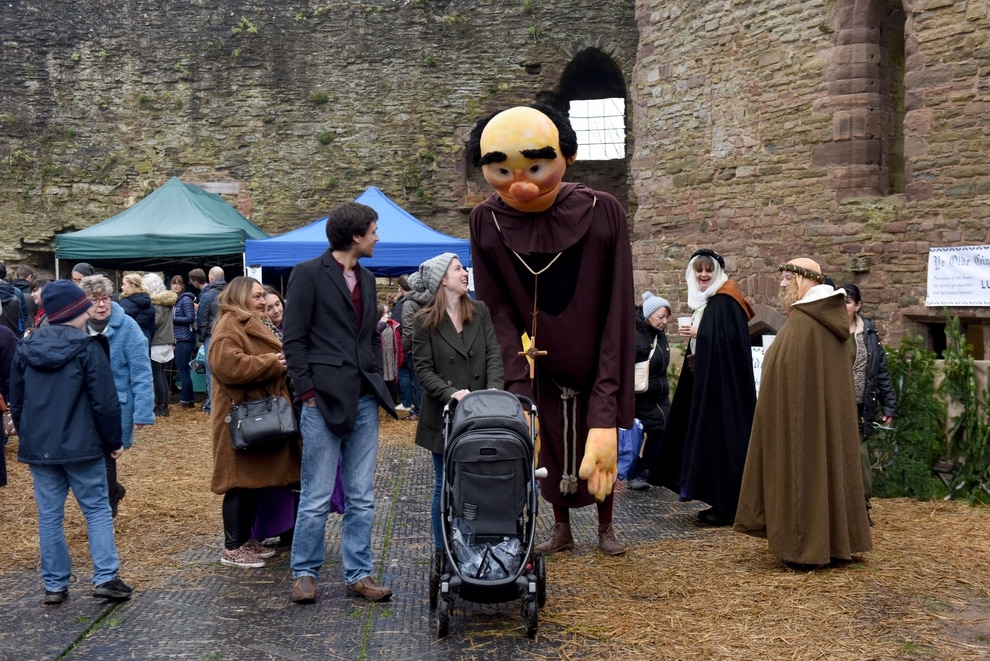 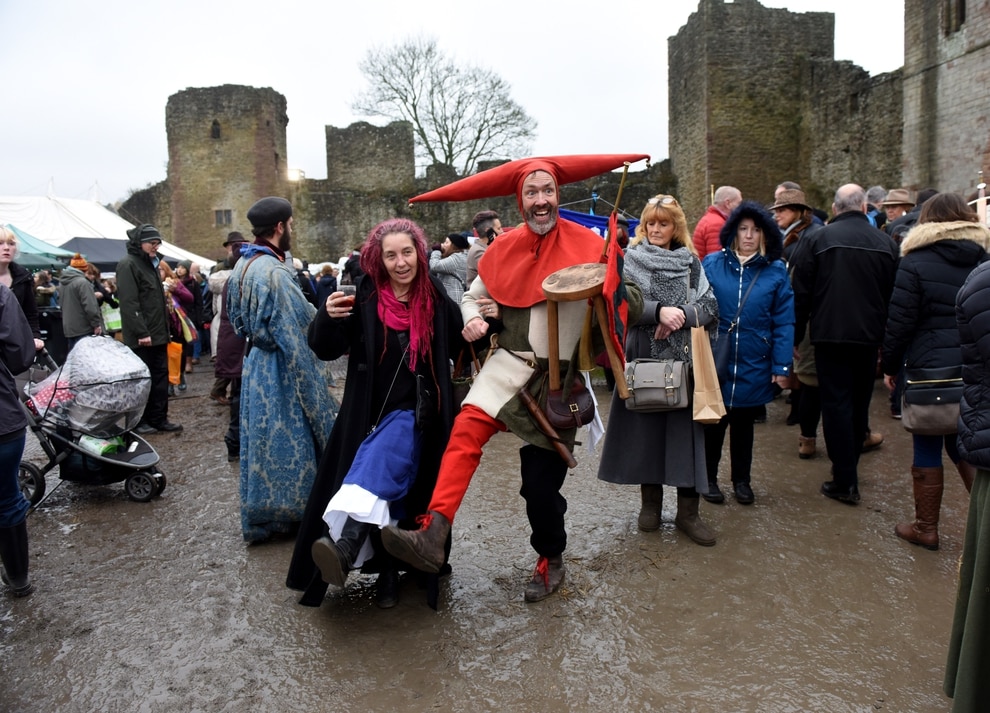 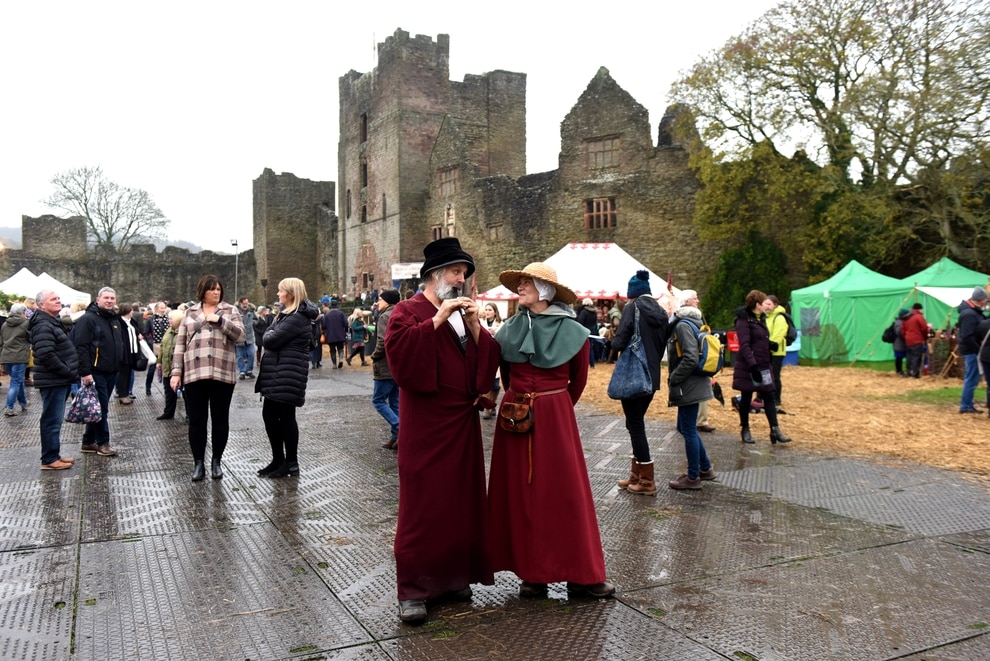 From wandering musicians and entertaining jesters to fighting knights and towering giants, there was plenty to keep everyone entertained.

One of those entertaining was Paul Saunders, a medieval musician who is part of Shrewsbury Mummers.

He said: "I've been coming to the fayre ever since it started. I lived in Shropshire for 25 years and have now moved away but I still come back.

"There's a great mix of entertainment this year from music and theatre to medieval combat and games.

"We aim to give people an insight into what it would have been like at the castle in say the 15th century.

"The atmosphere was fantastic and it's great to see people singing along to the medieval music which is played on some fairly unusual instruments like shawms, English bagpipes and the hurdy gurdy. I judge how its gone by how many smiling faces there are and I've seen lots."

Some brave visitors who fancied themselves as a jester showed off their skills in the circus skills workshop where there was an opportunity to have a go at axe-throwing and archery.

Others enjoyed wandering around the endless stalls selling gifts and a huge range of food and drink.

Abi Dakin, one of the organisers, said: "It's been a really fantastic start to the fayre. There was a few showers but nothing could dampen the spirits and certainly didn't stop people getting involved in the axe throwing and archery.

"The response we've had has been really, really positive. Ludlow is absolutely buzzing. Over the weekend we expect to see between 17,000 and 18,000 people. It really is the event to kick-start the festive season."

There was also a new supper club for 2019, building on the success of the pop-up cocktail bar that was introduced last year.

The fayre teamed up with Tish Dockerty from appleTeme to run a Round Table Supper Club in the newly renovated Round Chapel in the castle’s Inner Bailey, where people were treated to a medieval feast with a modern twist.