More than 10,000 people turned out for a spectacular display of craft and aerial acrobatics at one of the most popular large model aircraft shows in the country.

The annual Large Model Air Show at Cosford has been going for around 30 years and the two-day event treats visitors to a phenomenal combination of model aircraft and daredevil flying.

The displays included stunning large-scale model versions of the Red Arrows flown by international competition-winning father and son-duo Steve and Matthew Bishop from Madeley, Telford, an incredible replica Vulcan created by Large Model Association chairman, and a host of aircraft drawn from the history of aviation. 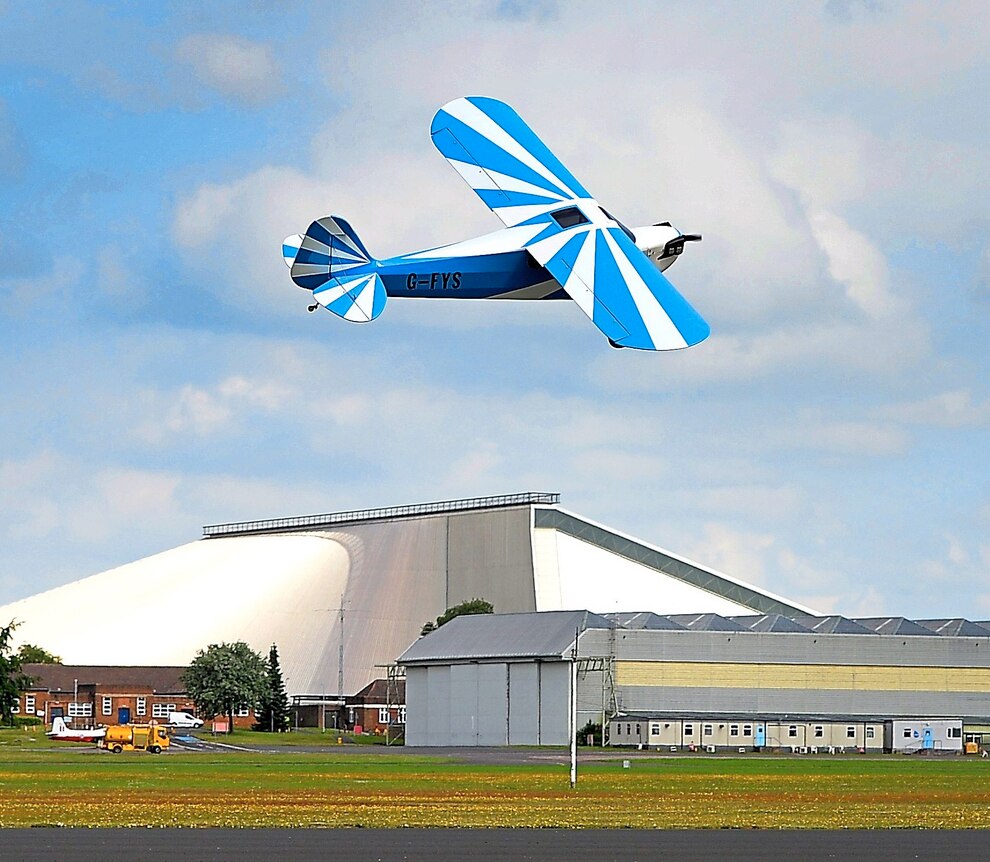 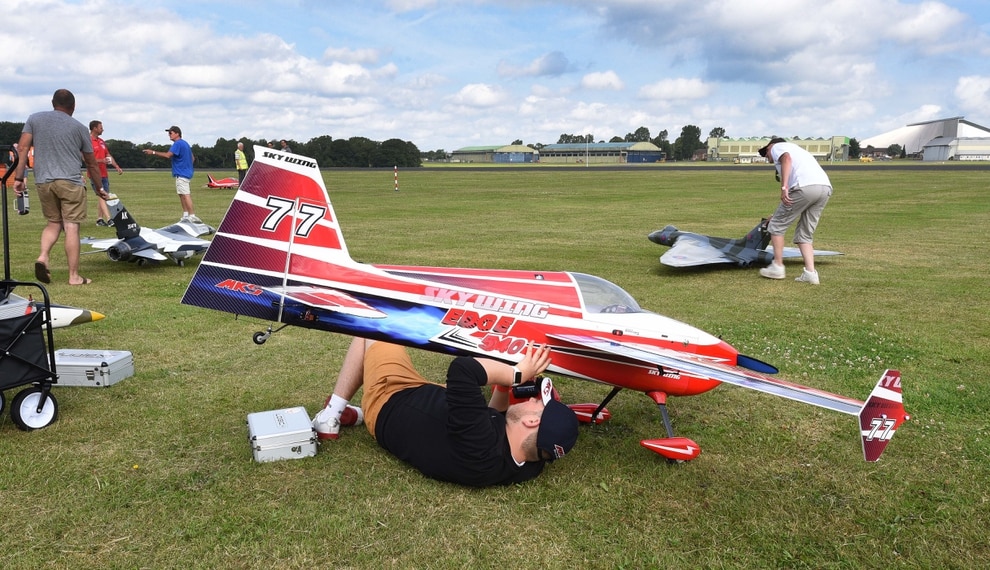 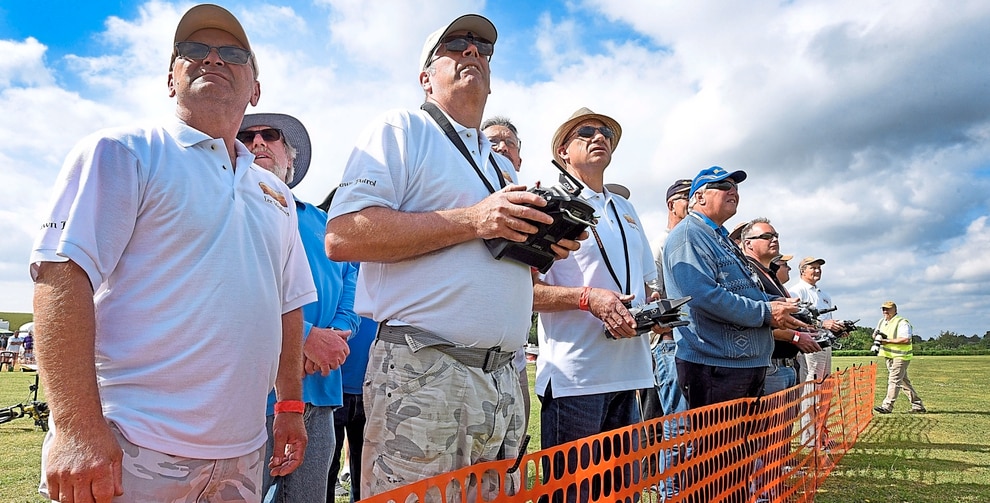 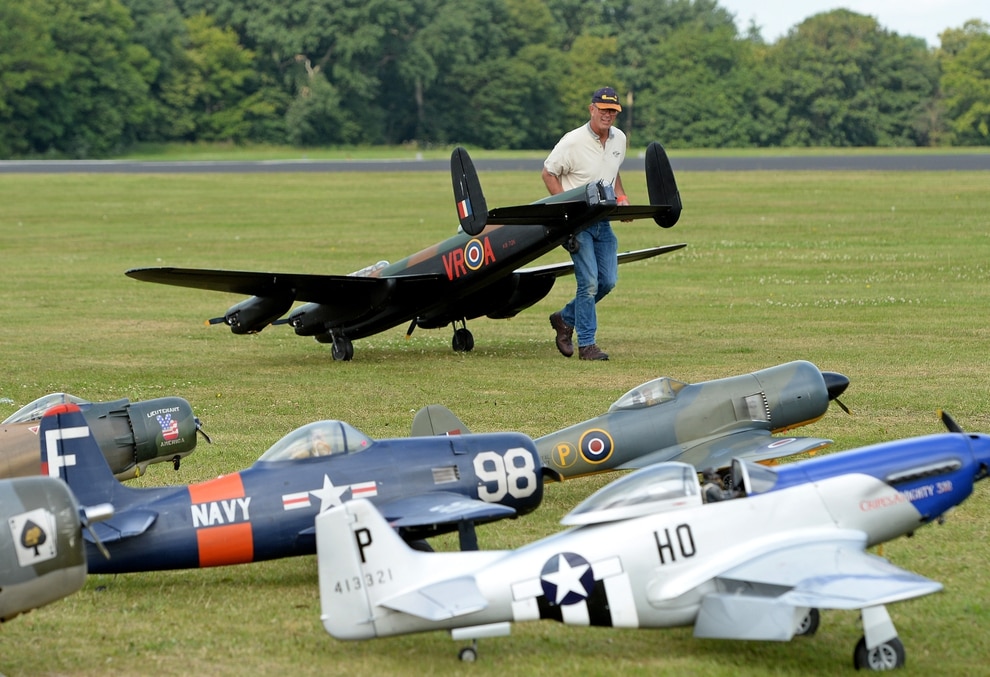 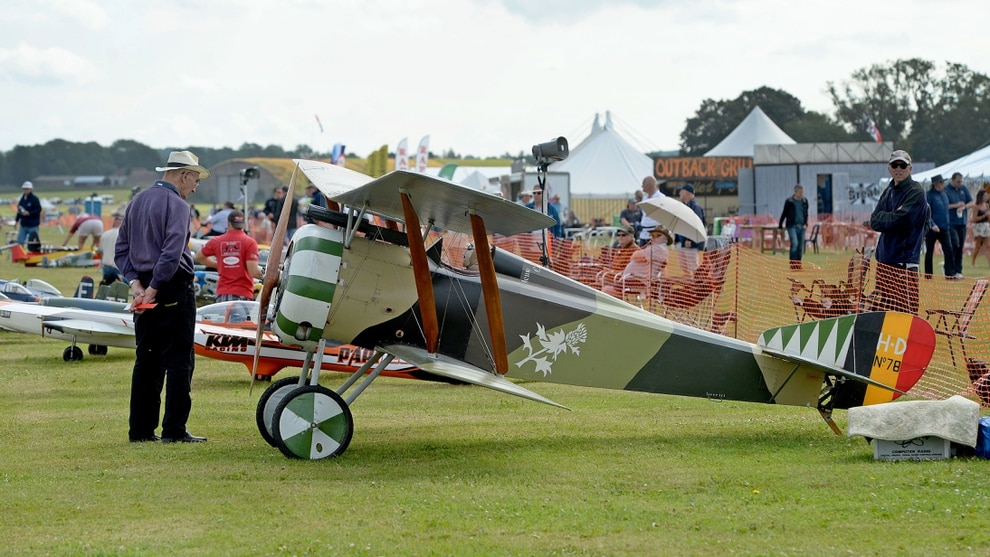 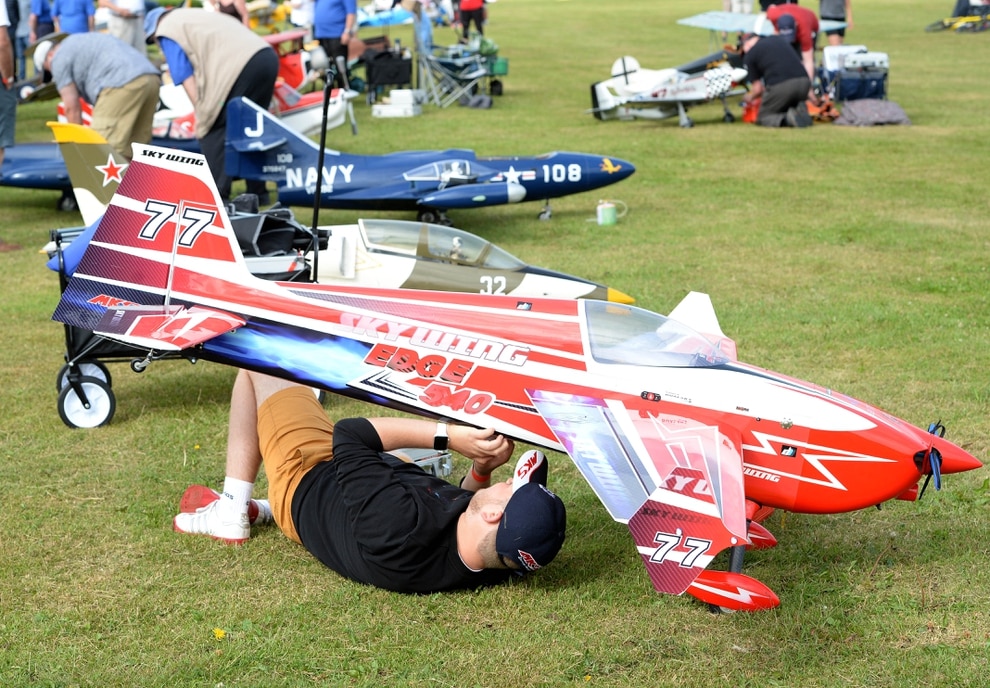 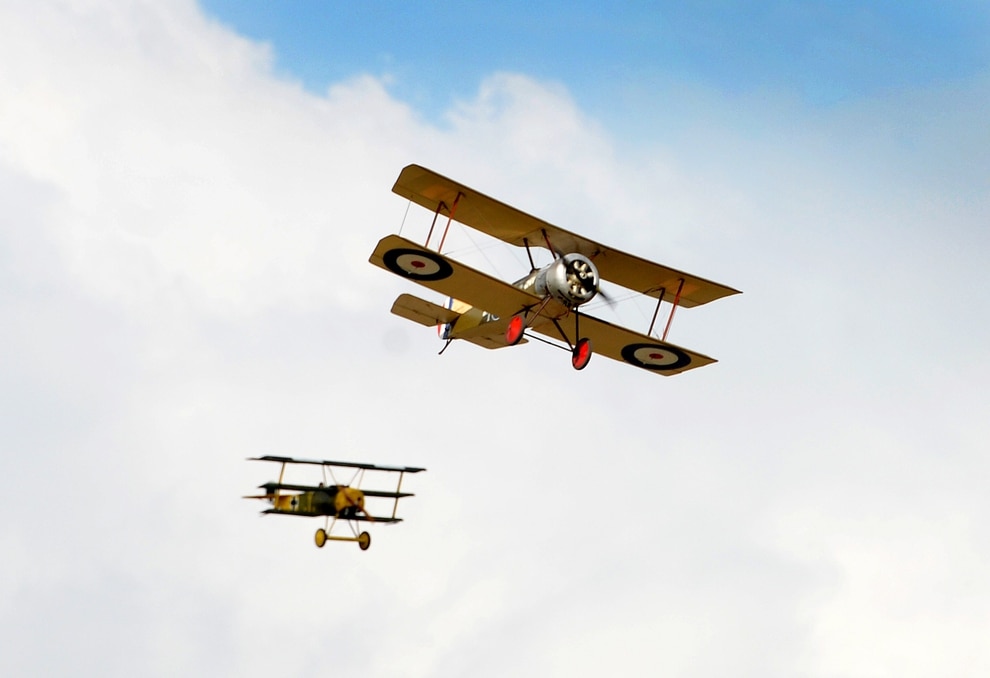 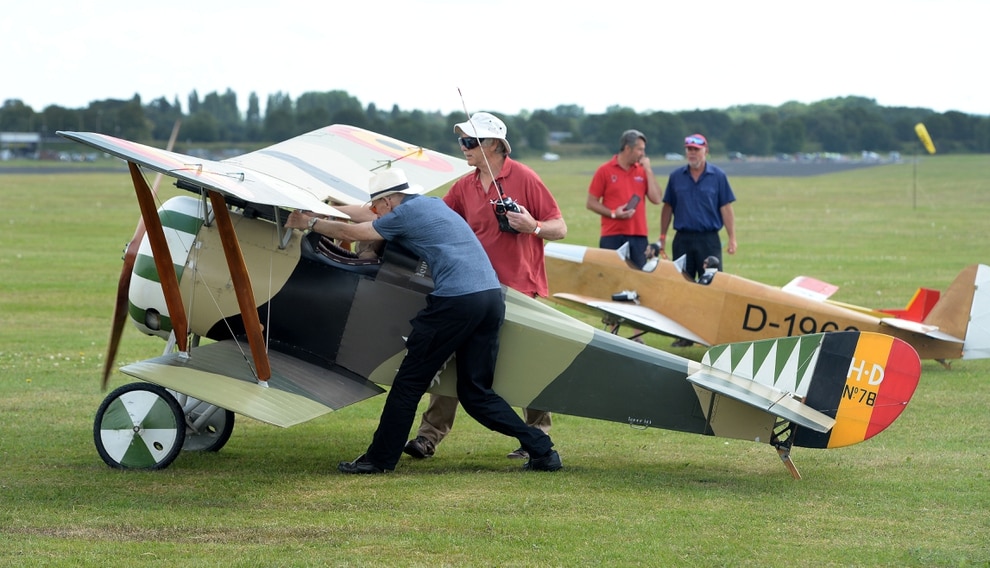 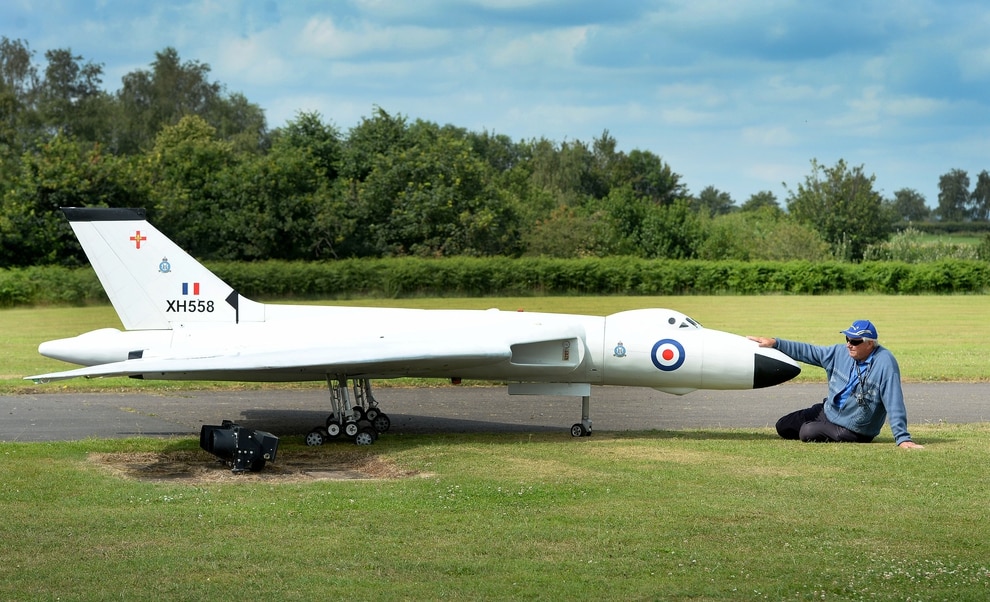 Dave Johnson with his 1/5th scale model of a Vulcan, which he built himself 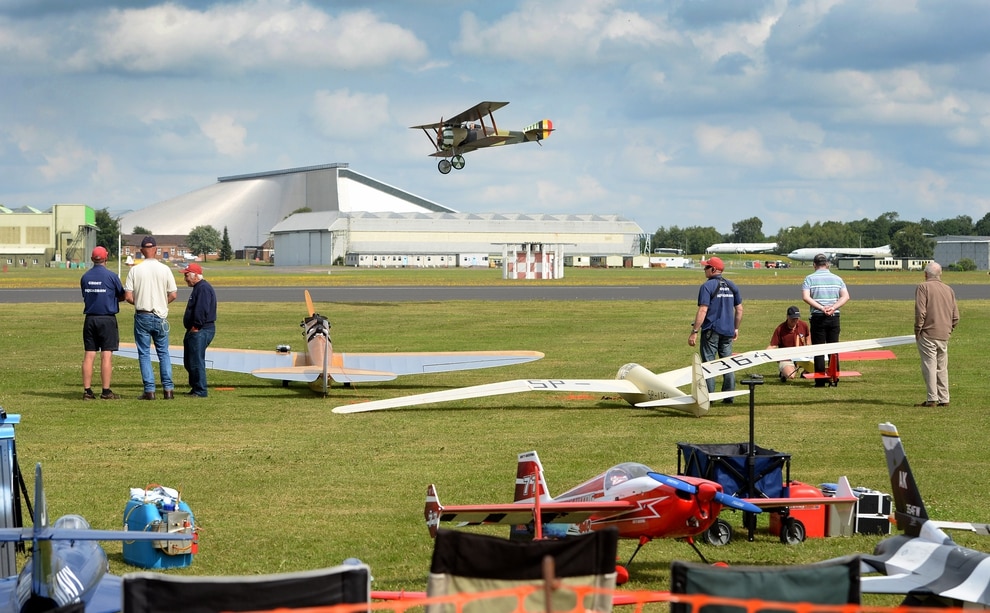 The Bishops treated the crowd to an eye-watering jet-powered Red Arrows display, complete with music and the trademark coloured smoke.

The models took six months to build and Steve said they are as close as we can possible get to the real thing. Throughout the event the crowds were able to watch scores of different planes trying out acrobatic routines, loop the loops, and even have a go themselves on the simulator at the event’s flying school.

More than 200 different models took to the skies, and all the displays took place on the runway with the spectacular steel structure of the museum and RAF Cosford as the backdrop.

As well as the models there were also Battle of Britain fly pasts from a real Spitfire and Hurricane on Saturday, and a Lancaster Bomber on Sunday.

Karen Crick, marketing manager at RAF Cosford said they were always delighted to welcome the event back to the airfield.

She said: “It is one of our long-standing events and one of the most popular on the calendar. It is unique, it is special and we look forward to it every year.”

“It is fantastic, the size and the scale of the models, the speed they get up to is an amazing sight to see.” Mr Johnson, who created his Vulcan entirely from custom made parts after scaling up an original Airfix kit, spent three years building the iconic aircraft in his garage at home in Warrington. The model, powered by four jet engines, gets up to speeds of 80mph. He said the aircraft – which is no longer flying but features in the RAF Museum Cosford – still holds a special place in the hearts of scores of aviation fans.

He said: “It is a one-off and there are no real ones flying any more. There is one in the museum.

“I just love Vulcans, there is just something about them, the real ones used to steal the show at whichever air show they were at.” 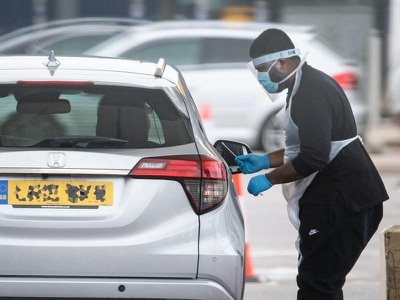