A replica model of Bridgnorth castle drew in crowds for its first public viewing.

The miniature version was on show at Bridgnorth Library ahead of its debut at the Northgate Museum.

Bridgnorth resident Gerry West has spent hundreds of hours sculpting the town’s castle, which now boasts one of the only recordings depicting what the castle would have looked like.

The 67-year-old, of High Town, had been creating military scale models for years before he decided to take on his first building, showing the castle during the English Civil War in 1646 before it was demolished by parliamentary forces the following year. 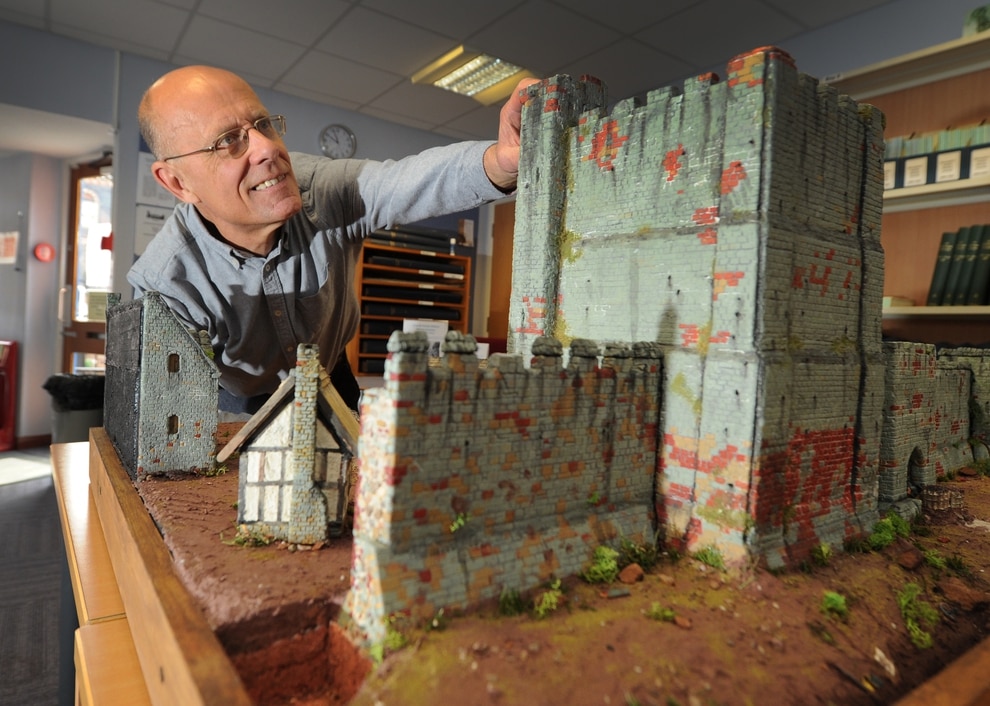 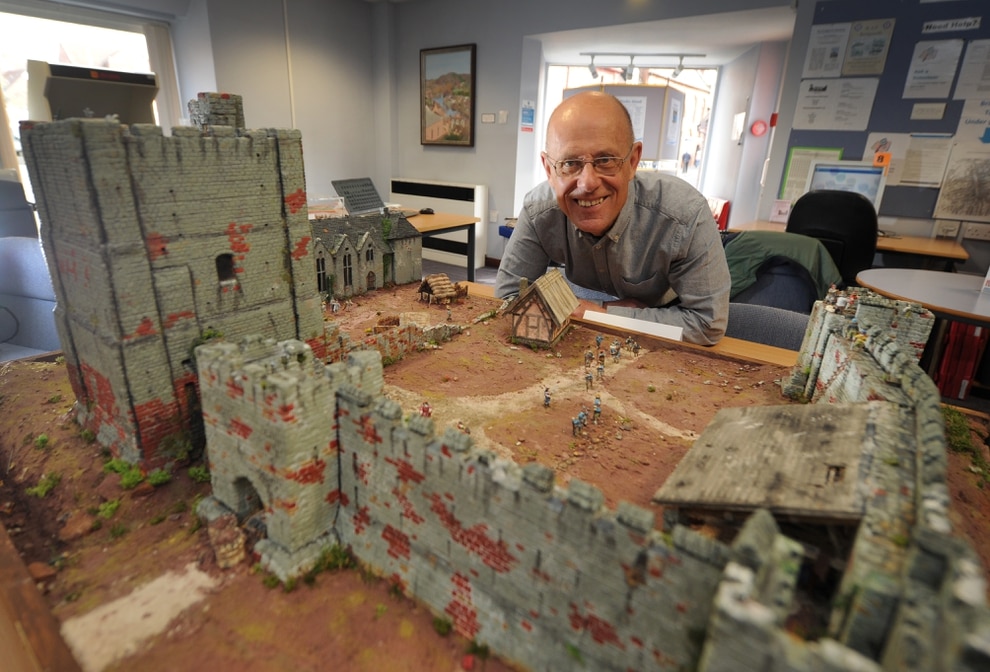 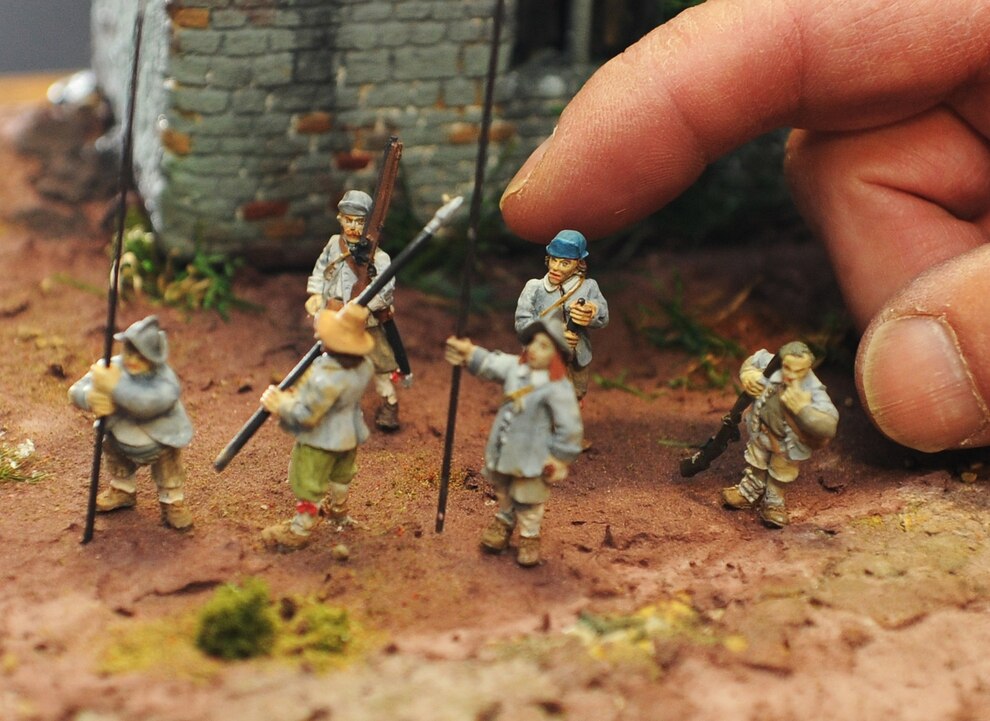 Detail in the replica model 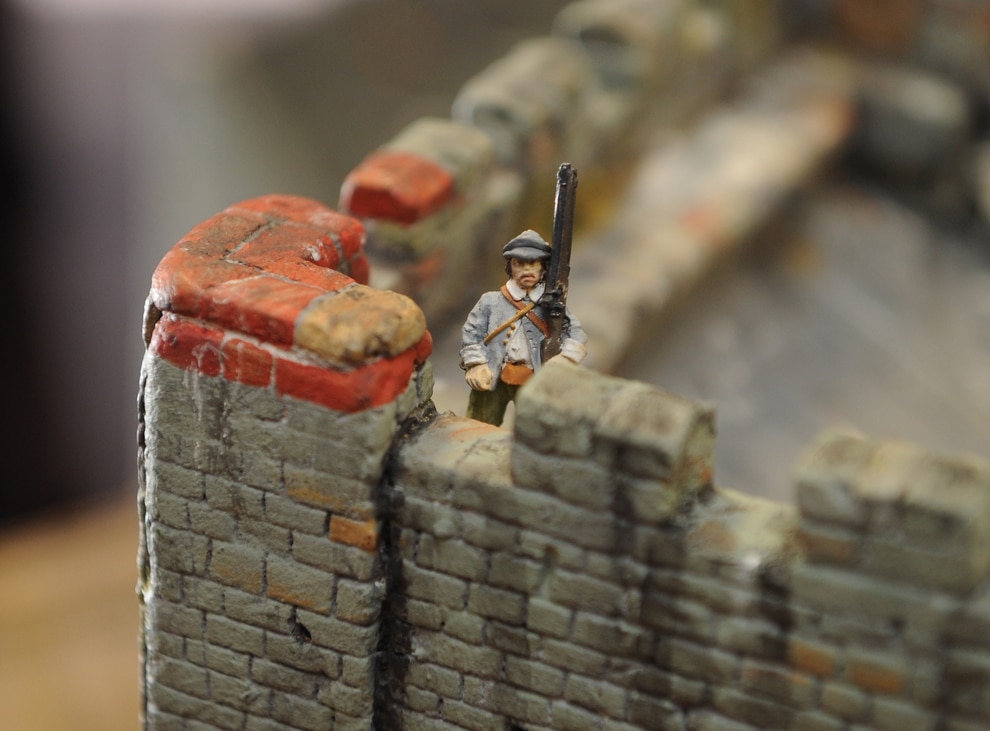 Details of the model

He has spent years researching it, as very little is known about its origin and how it would have looked. Now complete with figures, cannons and scenery, the model was on display at Bridgnorth Library and will now move to its permanent home at the museum on Friday, April 19, where the mayor will be in attendance to mark the opening.

Gerry was on hand at the library to explain the techniques and materials used, which included intricate toothpick sculpting, as well as the information gathered from similar castles around the UK to put together the blueprints for his creation.

“It was incredibly tricky to make and it’s the kind of thing you have to do little and often,” he said.

“It’s been a slow process in getting it all together and ready for display, spending hours carving stone walls with a toothpick for example, but I’m very pleased with how it has all turned out.”

Gerry used a plastic foam specially made for carving to make the sections of the castle, before adding detail using various tools, painting them and putting them together.

"No written records exist of what any of the castle looked like prior to its destruction at the end of the Civil War, so much of it is my own interpretation and from research," he added.

"I started researching it all about three years ago, and started modelling it just over a year ago.

"It's quite unusual that there are no pictures or good descriptions of what it looked like, so I turned to researching similar castles to get inspiration.

"Educated guess work is how it's been put together and there are a few walls still remaining at the ruin to this day so I was able to use them.

"The King's house is based upon Stokesay Castle's main building, while the gatehouse is replicated from Moreton Corbet Castle, near Shrewsbury and I also looked at Peveril Castle in Derbyshire as well as speaking to a number of experts.

“I knew I wanted to exhibit it somewhere and I was hoping Bridgnorth Northgate Museum would take it in.

“Now it has found a permanent home in the museum which I'm delighted about and I can't wait to see my hard work on display.”