Steaming ahead: 10-year high for trips on historic rail line

The railway - which runs for 7.25 miles from Tywyn on the Mid-Wales coast to Nant Gwernol near the village of Abergynolwyn - ran 93,822 journeys and carried 48,857 passengers, the highest number since 2007. Passenger numbers increased by 7.1 per cent on 2017.

In addition, the railway achieved an all-time record income, with a 13% increase on 2017. Cafés reported a 16% revenue increase.

Among the year’s highlights were celebrations around locomotive No.6 Douglas, which had its centenary in February. The locomotive was built for the Air Admiralty, later to become the RAF which also celebrated its centenary in 2018. It was painted blue to mark the occasion.

General manager Stuart Williams, said: “The performance this year has been very pleasing both in terms of passenger numbers and revenue. The combination of offering a unique journey to our customers, special events and creative marketing have seen strong performance all round

“We have also engaged with our local community which has benefited the café sales in particular. The extra revenue has allowed us to purchase new equipment for the engineering works, take on our first two apprentices and invest in solar energy to help offset increasing energy costs.”

The railway is building on its 2018 success with a similar running schedule in 2019, operating on 251 days and running several special events throughout the year. 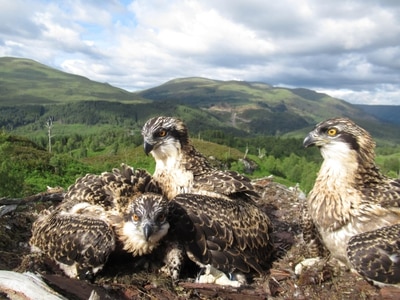