A restored Severn Valley Railway locomotive is back on track and will be hauling its first passenger train in 24 years this month.

Locomotive 75069 moved under its own power for the first time in more than two decades in mid-December after 25,000 man hours of effort, and bosses at Severn Valley Railway are wasting no time getting it back out on the tracks.

During the same week in December, its boiler passed its final insurance exam and by Friday it was running the full length of the line on test.

It is the end of a long journey for 75069. It is the most extensive restoration ever done by the Severn Valley Railway, with extensive work carried out.

Neil Taylor, engineering services manager, said: “This is all part of the plan for the loco to enter traffic and contribute significantly to the fleet during 2019.”

“Steam testing and running in of the locomotive has commenced and so far has been relatively trouble free with just a few minor adjustments being made.”

Watch footage of the testing:

The boiler barrel and much of the firebox is entirely new, and many of the fittings and almost all the pipework has been replaced.

A new cab, new smokebox and chimney, replacement steelwork in the tender coal space, new drag box in the frames beneath the cab are among the other major repairs.

Neil said: “I would like to congratulate the Engineering Services Motive Power, under the guidance of Will Marsh and Dave Howell, for returning the locomotive to full working order after more than 25,000 man hours of effort.

“Thanks go out to everyone who has participated to achieving this goal, both paid staff and to the numerous volunteers who have contributed over many years. Hopefully they will all feel proud of their accomplishments for many years to come. “

The first trip out will take place on Saturday, with more dates through the February half-term week. It will depart from Bridgnorth at 10.30am. 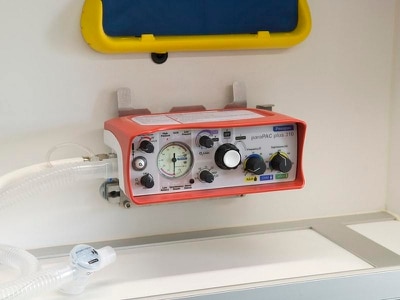