Am dram: Dagenham, 'Allo 'Allo and Strange Encounters of a Social Kind

More and more amateur groups are performing modern musicals these days, one of which is Made in Dagenham, by David Arnold and Richard Thomas, based on the 2010 movie of the same name.

Queensbridge Musical Theatre Society has chosen Dagenham as their latest production and will perform the show at the Core Theatre in Solihull from June 14-18, almost two years later than originally planned!

Working mother, Rita O'Grady, stands up against the male hierarchy and acts as the spokesperson for a group of female workers at Ford's Dagenham plant. The ladies subsequently go on strike to fight the inequality of women workers being paid less than their male counterparts, as they were classed as unskilled, and therefore inferior.

The score of the show is hard-hitting but catchy, and includes the numbers Busy Woman, Everybody Out, This is What We Want, Ideal World and of course the title song.

In this production, the role of Rita is taken by Anna Beesley. Anna said, “In a scene set in 1968, Rita questions if women will have to wait 50 years for equal pay. Here we are over 50 years later and we still have a gender pay gap of around 8%. Change is always promised, but it never comes.”

Hubby Eddie O’Grady is played by Ed Blann. Ed is looking forward to exploring the challenge of playing Eddie, who supports his wife’s struggle for equality.

Dagenham is an interesting musical. It is gritty, very true to life because it is based on reality of course, yet still entertaining and thought-provoking.

In complete contrast, the resident group at the Rose Theatre in Kidderminster, The Nonenties, will perform the delightful Cranford by Martin Coleman and based on the novel by Elizabeth Gaskell, from June 13-18.

The small market town of Cranford is largely inhabited by women and therefore runs on gossip. At the very heart of Cranford society is Miss Matty Jenkins, the rector’s daughter. However, the peace and quiet is threatened by a changing world.

Think needlework, candle light, horses and tea taken by the genteel and it pretty much sums up an evening to lift the spirts and make you smile.

Music lovers are in for a treat on June 25 when the popular mixed voice choir, Viva Musica presents their latest concert, The Beauty of Our World, at St. Peter’s Church in Kinver.

The programme will include compositions by Elgar, Vaughan Williams, Rutter and Rodgers.

At Red by Night on the Waterfront, Dudley, A Comedy Theatre Group is finally back on stage!

They are proud to present the first ever live theatre performance at this venue, with two new plays.

One June 13-14, catch Gotta Get Away, a comedy drama which sees a couple trying to rekindle the passion in their relationship, newly-weds on their honeymoon and a pair who have never been abroad before, all off to sunny Spain.

Will it be a trip of a lifetime, or the holiday from hell?

Then on June 20-21, the group will present Strange Encounters of a Social Kind, a play focussing on a bunch of social misfits who meet at a local community centre in order to make new friends. I mean, what could possibly go wrong?

Written and directed by Phill and Laura Liptrot, these farces should certainly raise a smile or two. For tickets, visit the group’s Facebook page, or call 07954692593.

At the Belfrey Theatre in Wellington, Shropshire, the little ones can look forward to a presentation of C S Lewis’s classic story, The Lion, The Witch and The Wardrobe on June 25.

For the first time, the resident youth theatre at The Belfrey is producing, directing and performing their own show. This includes everything from the front of house arrangements to the on-stage action. What the group needs now is your support.

Be transported into the magical land of Narnia by popping along to these youngsters in action.

At Theatre Severn in Shrewsbury, you can catch a production of Pygmalion by George Bernard Shaw from June 15-18, presented by Shropshire Drama Company.

This is a witty piece revealing the author’s thoughts on feminism, society at the time and the long-lamented British class system, as Professor Henry Higgins makes a bet he can transform a humble flower girl, Eliza Doolittle into a grand lady.

You may prefer the musical version – My Fair Lady – but believe me, Pygmalion is satire at its very best. For tickets visit theatresevern.co.uk or call 01743 281281.

At the Little Theatre in Donnington on June 25, Telford and District Light Operatic Players are presenting Wait for It, TADLOP on Tour, a celebration of their 50th anniversary and their return to the stage post-lockdown. This concert showcases songs from 21st century musicals. For tickets, visit the group’s Facebook page, or ticketsource.co.uk

Finally this week, a request for male performers! It’s the same old story in am dram land. There are just not enough of you!

Charlemont Amateur Dramatic Society, or CADS as the group is affectionately known, is seeking gentlemen to join them for their forthcoming production of Allo, ‘Allo, which they will perform in October.

CADS specifically needs to cast two British Airmen, who are quintessentially eccentric Englishmen, Officer Crabtree, the policemen whose attempts to speak French are nothing less than hilarious and Colonel Von Strohm, the pompous German commandant.

These are wonderful characters play, but do require very talented comedy actors to take on the roles.

They are holding auditions for these characters on June 21 at Gayton Road Community Centre, West Bromwich. For more information, visit thecads.weebly.co.uk or call 07720218950. 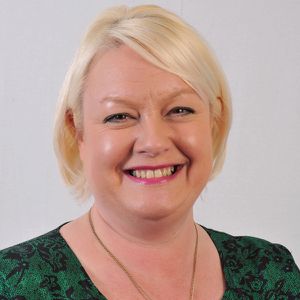 Showbiz | Aug 1, 2022
Sorry, we are not accepting comments on this article.