Ring of a bell and shout out!: What it's like to be a town crier

Oyez, oyez, oyez! For centuries town criers were a trusted source of information, announcing everything from royal proclamations to local news. 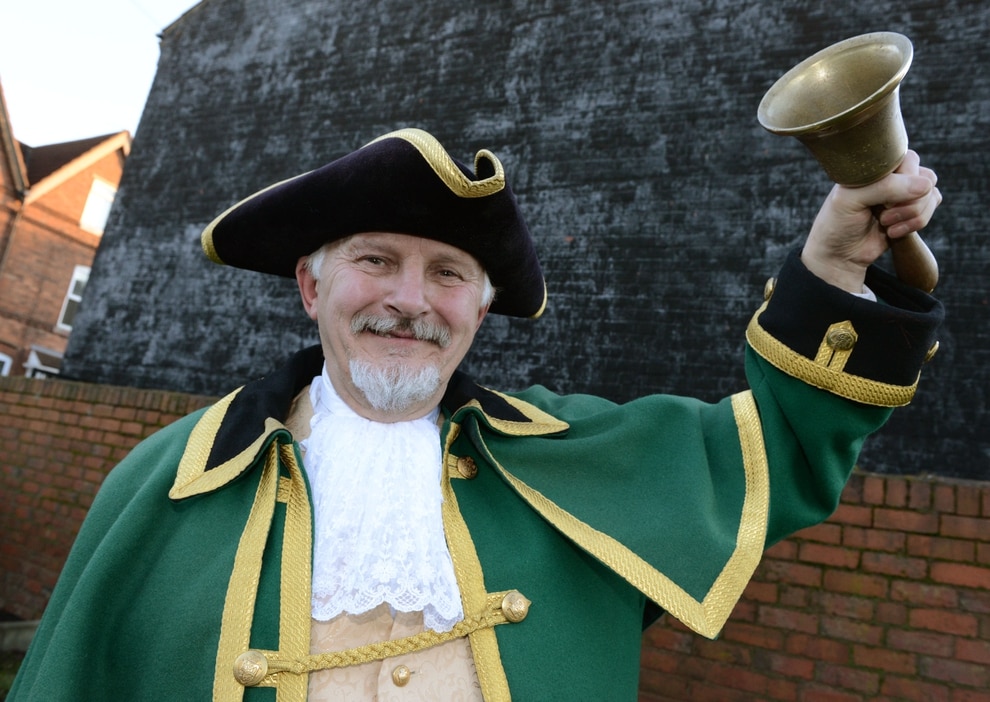 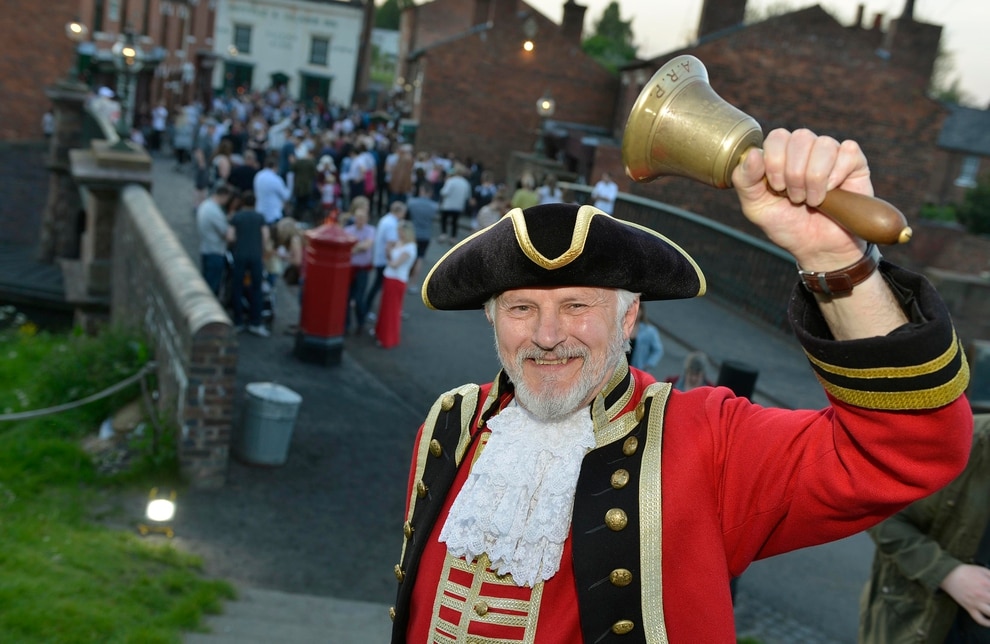 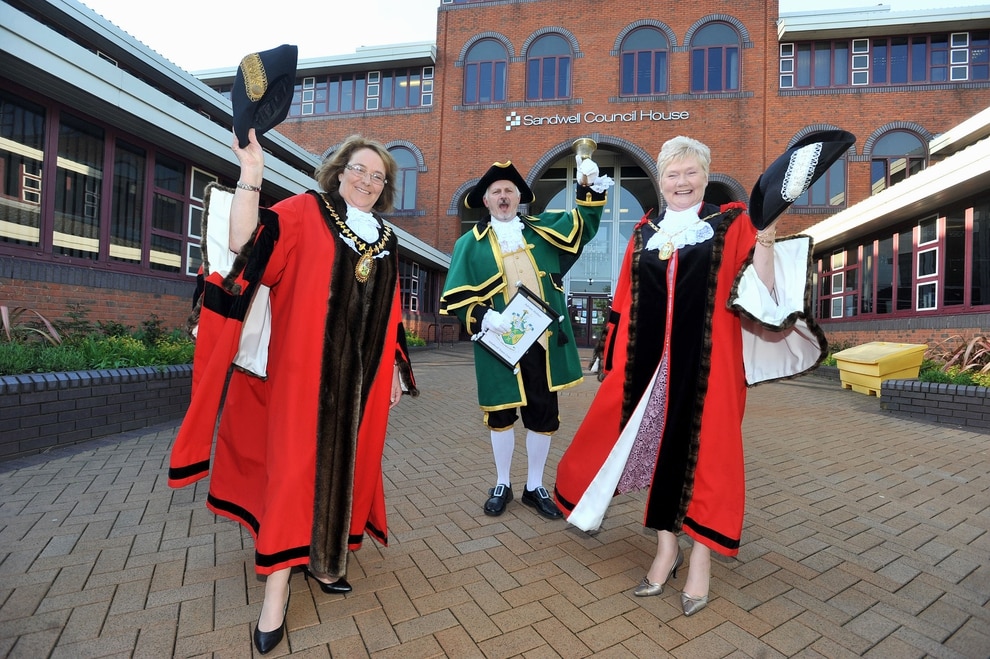 Although these days they play more of a ceremonial role there are still more than 200 using their bells and loud voices to attract attention up and down the country.

They include Adrian Holmes who has volunteered as Sandwell’s town crier since 2010 and says he’s proud to be “extolling the virtues” of the borough. “I absolutely love it, I’m the only town crier in the Black Country. I’m proud of where I live and I enjoy telling people all about it,” says the 65-year-old.

He auditioned for the role outside Sandwell Council House in Oldbury after an advert on the council website caught his eye.

“I was looking at the recycling collections over the Christmas period and saw they were looking for ‘the voice of Sandwell’.

“At first I thought it was going to be a singing competition but when I saw they were looking for a town crier it caught my interest straight away.

“I’ve always had a big voice and I’ve done a bit of amateur dramatics with Walsall Operatic Society. I’ve also been able to hold a tune. It was something a bit different and unusual because not every town has a town crier.

“Before I started doing it myself, I didn’t realise they were still around but there are around 240 town criers, both male and female,” says Adrian, who is a member of the Ancient and Honourable Guild of Town Criers (AHGTC) and the Loyal Company of Town Criers (LCTC).

Town criers in Britain are thought to date back to 1066 when news of William of Normandy’s invasion first became known and men were employed to remind everybody of King Harold’s authority and passed information from town to town.

In later times, they were provided with a bell and used to make important proclamations but as literacy spread their role was eventually superseded by newspapers.

Today town criers are often recruited to enhance the traditional character of an area, promote tourism and play a role in civic events.

Father of two Adrian is called upon to attend official engagements such as mayor making ceremonies as well as community events including carnivals, fairs and other celebrations. They’ve also included the official opening of Jack Judge House, home to Oldbury Library and council offices, and named after the man famed for penning It’s A Long Way To Tipperary.

“I helped a group of school children who were attending the event to cross the road which was very busy – when you’re dressed as a town crier you stand in front of traffic and they will stop. But the children all thought I was a pirate so I had to explain who I was and what a town crier does,” says Adrian.

While in 2018 he attended the lighting of a beacon on Rowley Hills to mark the centenary of the end of the First World War.

Adrian, who carries a bell, script and staff and can be recognised by his green and gold livery and tricorn hat, also takes part in town crier contests around the country.

The day-long competitions are split into two challenges – the Home Cry where a crier has to tell listeners where they come from in no more than 125 words – including three oyezs and God Save The Queen – and the Themed Cry – where organisers set a subject for town criers to shout about on the day. “For my home cry, after the three oyezs at the beginning and God Save The Queen at the end, I’m left with just 118 words in which to talk about Sandwell and I do a line on each of the six towns.

“When I write my cries I like them to rhyme because I think it creates some interest and it’s good if you can get people to guess the last word in each line,” Adrian tells Weekend.

His home cry starts: “Oyez! Oyez! Oyez! Good people come closer and let me tell, of my borough in the Midlands by the name of Sandwell. T’was formed in the year nineteen seventy four, by the joining of two county boroughs that are no more.”

When it comes to performing his cries and getting people’s attention, he starts by ringing his bell three times and then begins his announcement. “You have to project your voice from your diaphragm. I like to keep my cries humorous and have a bit of a joke. With everything going on in the world at the moment, it’s good to have some light relief,” says Adrian, who lives in West Bromwich.

Criers are judged on sustained volume and clarity, diction and inflection, confidence and bearing, engaging the audience,content of cry and accuracy. “You have to approach the podium with confidence, show that you know what you’re doing and speak loudly and clearly,” explains Adrian.

As well as declaring an overall winner, the judges will also award prizes for other categories such as Best Dressed Town Crier and Best Content of Cry.

Adrian competes in around six or seven contests every year which take him all over the country including Alcester, Ely, Darlington, Halifax and Frome.

“I get to go to places I’ve never been to before. It’s great to meet lots of new people and we enjoy a lot of banter,” says Adrian, who also works with the Black Country Living Museum.

The current Heart of England champion has won many trophies over the years including victory in the Huddersfield Town Crying Championships in 2015.

“It’s not really about winning, it’s about taking part. We’re all like-minded people and extroverts – I think you have to be to do this job,” says Adrian.