It’s one of the most critically acclaimed musicals of our time. The Ticket has been granted exclusive access to a behind the scenes look at Sir Cameron Mackintosh’s Miss Saigon at the Birmingham Hippodrome.

Guided around by company manager Neil White and Zoe Doano, who plays Ellen in the show, there was the opportunity to see some of the amazing set pieces and costumes from the show.

With a cast and crew of 87 people, the latest tour boasts more than 10 nationalities including British, Thai, Chinese and Korean, with some members part of the show for more than 15 years.

Once the Miss Saigon set arrives in Brum, it takes a total of 60 hours to unload, rig and assemble the individual components in time for opening night. It also takes a team of 45 production staff to unload 16 trailers worth of scenery and props during an average fit-up.

The musical features one of the largest orchestras currently touring the UK with a total of 15 members and 77 different percussion instruments including skull drums, ankle bells, singing bowls, Thai chap cymbals and kabuki blocks.

Flauntist Clarite Bennett is responsible for 11 instruments during the production including eight Asian flutes, one standard flute and a piccolo. The Asian flutes only ever play when lead character Kim is on stage, acting as her ‘character’ within the wider orchestra.

From here we head on to the extensive prop department. Of course, the most iconic visual effect in the show is the Saigon helicopter, designed by Matt Kinley and Totie Driver. It comes complete with 10 individual moving elements, all of which are independently controlled and weigh more than three tonnes. Based on the original Huey helicopter model, the prop is only five per cent smaller than a real-life chopper cab and is equivalent in height to one-and-a-half London double decker buses.

As part of the backstage set up there’s an area for the children playing Kim’s young son Tam, where they can sit and draw before they appear on stage. There’s a Mickey Mouse toy to keep them occupied and calm throughout. Cute!

The Ticket also had the chance to explore the cavernous wardrobe and wig department that includes more than 200 pairs of shoes. Each of the ensemble girls have 16 costume changes throughout the show. One of the heaviest items of costume are the beaded bikini’s featured in the American Dream sequence with each item carrying more than a kilo of beading.

The attention to detail throughout the show extends to the flack jackets and helmets worn by the American GI’s – historically very accurate.

And although the cast wear comparatively few wigs, they still take approximately 40 hours to make.

South East Asian actor Red Concepcion, who plays The Engineer in the show, has two wigs – which he’s named ‘Wilma’ and ‘Fernando’.

It should also be noted that while the show is a touring production, it has more lighting than the Broadway version. Sir Cameron believes a touring show should at least equal one you’d see on the West End or on Broadway. This includes more signs and festoons in the Bangkok scenes, making the streets of the Thai capital feel like they’re extending far off the stage. The Moulin Rouge Club has also been upgraded to create a larger dance floor for this tour.

We were also told how Sir Cameron keeps all aspects of a show at his home in a huge hangar in his back garden, including three sets from the musical Oliver! as well as various Les Mis props and set pieces.

Now that’s a place we’d really like to see!

l Miss Saigon runs in Birmingham until September 23. For further information and to book, call the Box Office on 0844 338 5000 or visit www.birminghamhippodrome.com 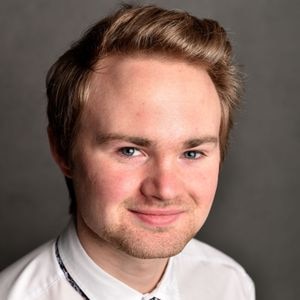